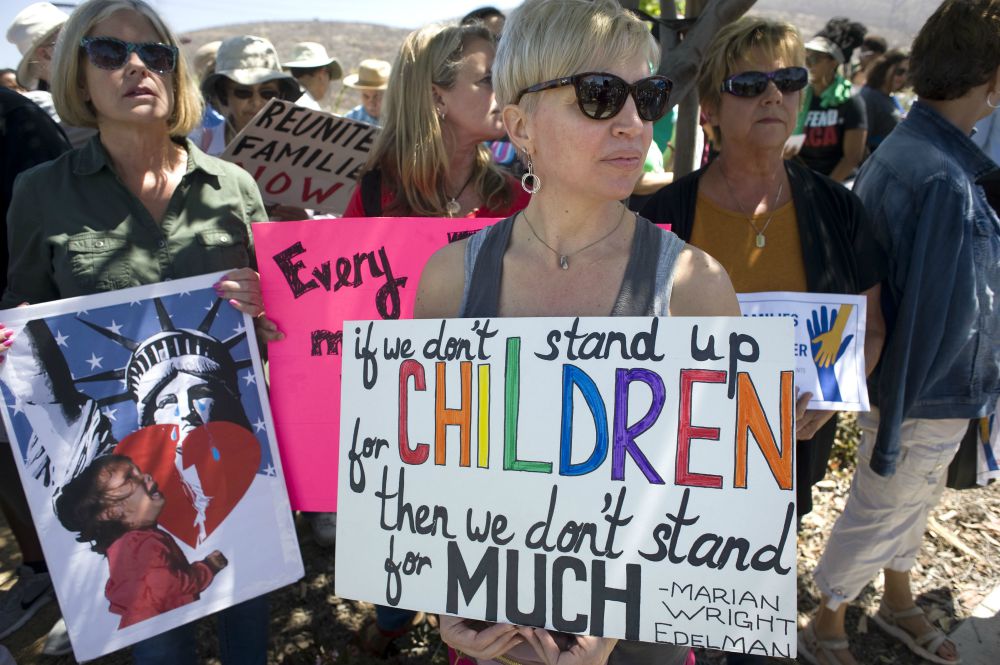 I have been blessed over the past several weeks to have spent considerable quality time with my 3-year-old granddaughter. She is vibrant, well-adjusted, loveable and much loved, and she's sharp as a tack.

I cannot contemplate the current immigration debacle without thinking the unthinkable. What if my precious granddaughter were removed from her loving family? She would be immediately disoriented. In a matter of days, her psyche could be destroyed. She would be permanently damaged.

Yet this is what we are doing to innocent children in our own country. What is worse, the clear implication is that these children south of the border are not as valuable as our own children. They don't matter. Parents need to consider what is going on from the perspective of having it happen to their own children.

The executive order signed by President Donald Trump has so far only added confusion as to what may or may not happen for these children.

The callous regard for these families and the willingness to use these children as political pawns can only be characterized as disgusting. Recently, Trump's former campaign manager, Corey Corey Lewandowski, ridiculed a commentator's concerns about a 10-year-old child with Down syndrome separated from her mother.

By now, we have a pretty good idea of who and what Donald Trump is. But who are these other people who are leading our country?

Extreme views are not new in the United States of America. However, the fact that we have turned our government over to people espousing such views is beyond troubling. The realization that there are also millions of Americans who support the actions and beliefs of this administration is incomprehensible.

The damage that has been done by the separation of parents and their children will be long lasting. Most importantly, it is sad to recognize that these traumatized children will almost certainly carry scars for the rest of their lives. Additionally, many of them will likely never see their parents again. In several cases, their parents have already been deported.

Then, there is the stain of this episode upon our nation. Our history contains many dark periods: slavery, the near extermination of Native Americans, Japanese internment camps. We must now add this latest episode to our pantheon of shame. We have emerged from other periods of darkness to pursue our lofty ideals, however flawed they remain in their execution.

It is time to return these extreme views to the periphery. Will we rise to the occasion and defeat these outrageous views and actions toward our fellow human beings? Our failure to do so will not only mean the end of our country as we know it, but also the emergence of a new world order across the globe, an order of hate, fear and violence toward those we view as different. Such a world could be our lot for generations to come.