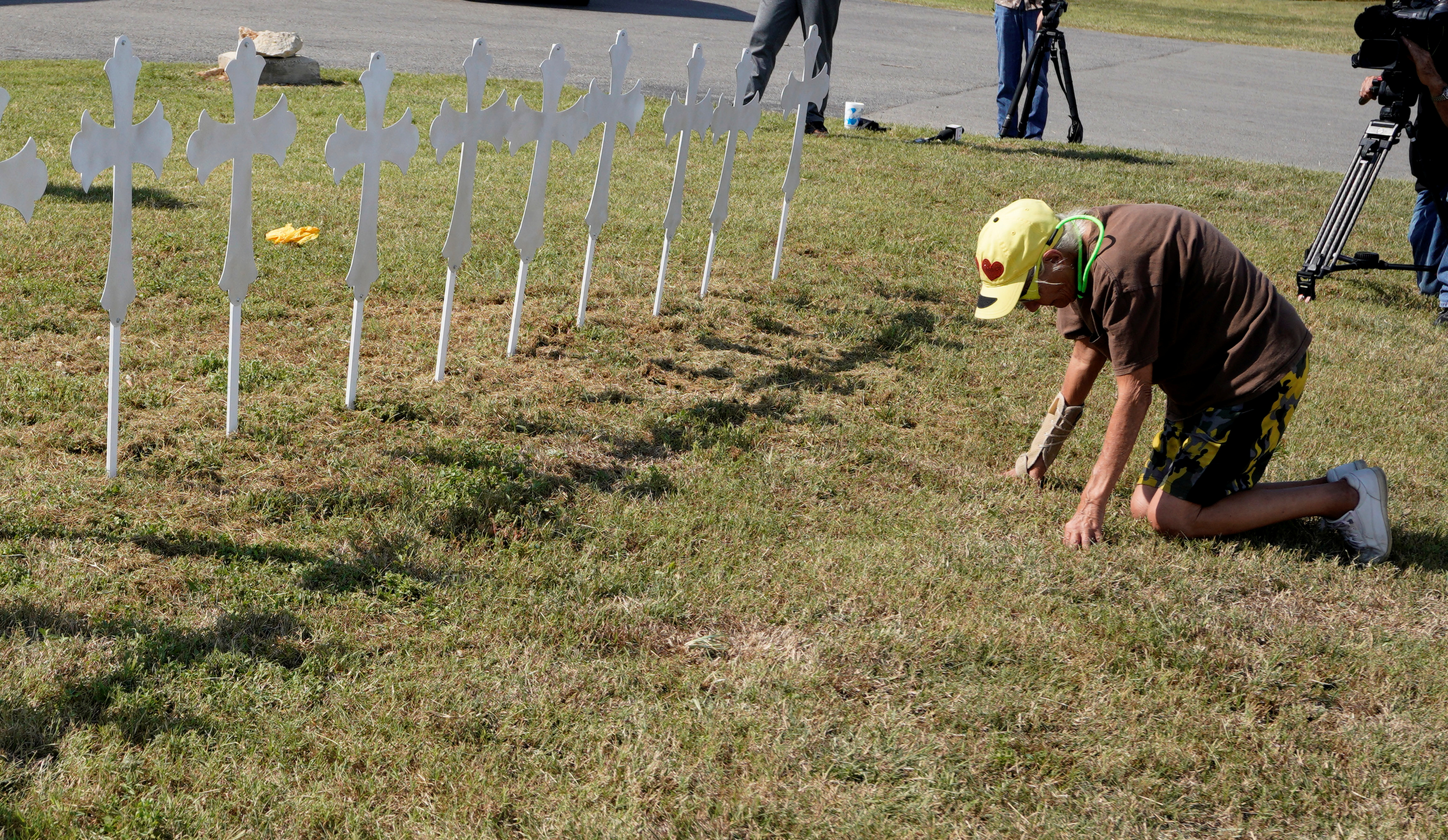 A man prays Nov. 6 in front of 26 crosses erected near the site of the mass shooting at the First Baptist Church of Sutherland, Texas. A lone gunman entered the church during Sunday services Nov. 5 taking the lives of at least 26 people and injuring 20 more. Children were among the dead and injured. (CNS/Rick Wilking, Reuters)

I had just returned home on Sunday afternoon and sat down to check the news on TV. I was greeted with a heartbreaking story: multiple murders resulting from yet another mass shooting, this time at the First Baptist Church of Sutherland Springs, Texas. "Oh no! Not again!" I found myself saying aloud.

But it was all too true. As of this writing, 26 people are dead as a result of this shooting, and about another 20 are wounded. The gunman himself was apparently shot by a local resident, who confronted him as he left the church to escape. When he did not die from that shot, the gunman apparently shot himself and took his own life. He was later found dead in his vehicle.

As of this writing, it's still unclear what motivated the shooter, now identified as 26-year-old Devin Patrick Kelley.

President Trump, who is travelling in Asia, said, "We have a lot of mental health problems in our country, as do other countries, but this isn't a guns situation." He called the gunman "deranged," indicating the shooting represented a "mental health problem at the highest level."

Trump, like so many favorites of the National Rifle Association, is anxious not to blame the availability of guns for any tragedy. But in this case, might it be both mental illness and guns? A mentally deranged man got his hands on a deadly weapon and used it. That is a lethal combination.

As I watched this news from Texas, I recalled the mass shootings in Las Vegas, Orlando and even Sandy Hook. We have a long and tragic history of gun violence in this country. To check out the extensive record of gun slaughter in the United States, readers might consult this website.

One thing is always clear after these shootings. They are (sadly) an American phenomenon. They don't take place on this scale or with this frequency in other relatively peaceful countries — such as Canada or the nations of Western Europe — because those other countries have restrictive gun laws.