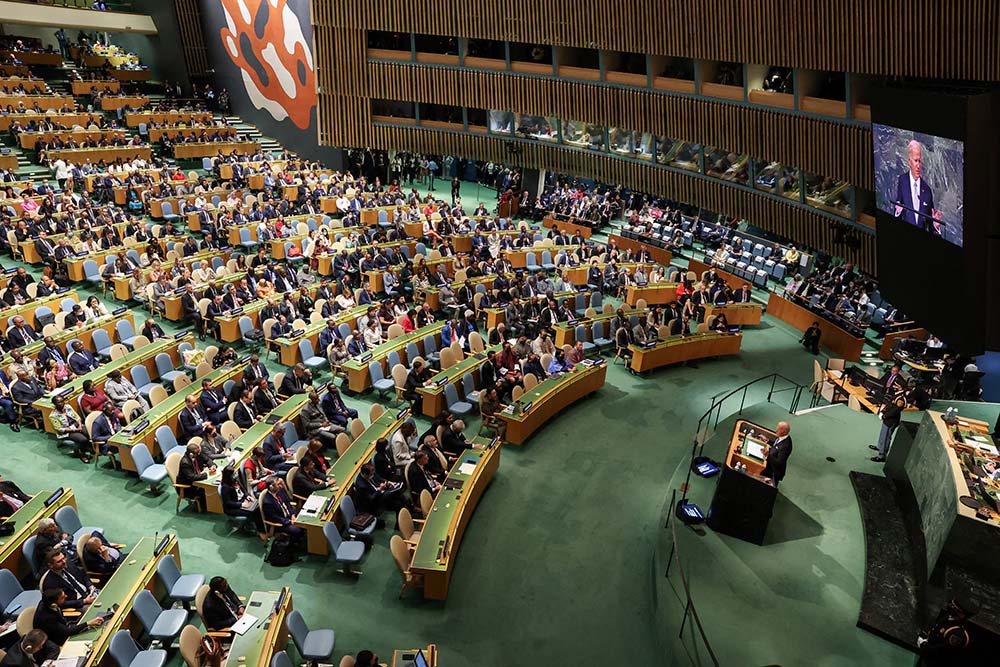 President Joe Biden addresses the 77th session of the U.N. General Assembly at the headquarters of the United Nations in New York City Sept. 21. (CNS/Reuters/Caitlin Ochs)

President Joe Biden addressed the United Nations General Assembly last week. His speech was a bit of a throwback, almost a classic Cold War speech. I mean that as a compliment, an enormous compliment.

"Let us speak plainly. A permanent member of the United Nations Security Council invaded its neighbor, attempted to erase a sovereign state from the map," the president said. "Russia has shamelessly violated the core tenets of the United Nations Charter — no more important than the clear prohibition against countries taking the territory of their neighbor by force."

The president went on to denounce the "sham referenda" Russian President Vladimir Putin has decided to conduct in the parts of Ukraine his Russian army occupies. Biden denounced Putin's "reckless disregard for the responsibilities of the [nuclear] non-proliferation regime."

And, importantly, Biden connected the struggle in Ukraine to the wider world in ways that recalled the stakes for which the Cold War was fought. "Every victory won on the battlefield belongs to the courageous Ukrainian soldiers," he said. "But this past year, the world was tested as well, and we did not hesitate. We chose liberty. We chose sovereignty. We chose principles to which every party to the United Nations Charter is beholding [sic]. We stood with Ukraine."

These were words that could have been spoken by almost any U.S. president since Harry Truman. The adverb "almost" is necessitated by Biden's predecessor, who famously caved to Putin in Helsinki and publicly refused to defend the conclusions of the U.S. intelligence community over the lies of the Russian autocrat. It was one of the most appalling moments in U.S. history. 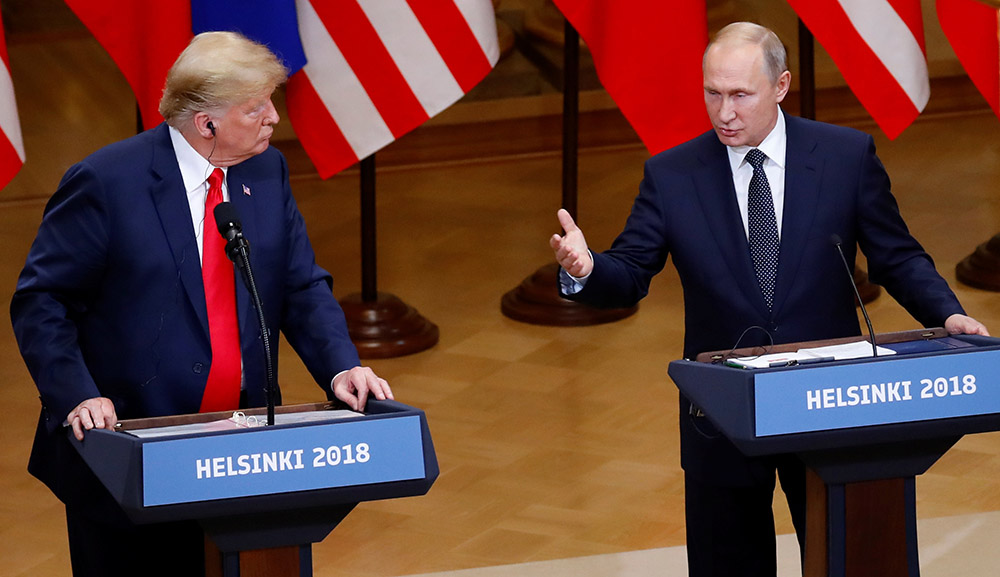 Biden actually quoted Truman, the first president to speak at the United Nations. Truman said of the U.N. Charter that it was "proof that nations, like men, can state their differences, can face them, and then can find common ground on which to stand." The frankness with which Biden spoke about the Russian atrocities could well be described as Trumanesque.

The Cold War amounted to an enormous waste of money on armaments and military training. The threat of nuclear war was incalculable but also real. Children really were taught to "duck and cover" in the event of a nuclear strike. Occasionally the Cold War turned hot, as in the wars in Korea and Vietnam, and in the streets of Budapest and Prague. Next month marks the 60th anniversary of the Cuban Missile Crisis, which is widely considered the moment when the world came closest to a nuclear conflagration.

From the moment Joseph Stalin ordered his troops to halt outside Warsaw, Poland, in the summer of 1944, exposing the Polish uprising to the brutal reprisals of the Nazis, the Western powers knew that Soviet communism was almost as great a threat as the fascist threat they were at long last defeating. The Cold War began at that moment even if it was not yet clear, even to the most prescient statesmen. It lasted until the Berlin Wall came down in 1989 and the Soviet Union evaporated in 1991.

However brutal the Soviet bloc countries were in repressing their own people, war was avoided and that is not nothing. Even if the commitment to the freedom of the Poles, the Czechs, the Croats and the other peoples of Eastern Europe was only rhetorical, it was never abandoned and the United Nations Charter contained aspirational words about human dignity that were no less obvious for their being violated systematically.

To be sure, the United States and the other Western powers were not free from sin in the conduct of the Cold War. The Vietnam War arose from our miscalculations. The CIA helped overthrow Mohammad Mossadegh, the popular prime minister in Iran, setting the stage for years of instability in that ancient country. The repression of dissent in Central America throughout the Cold War is a dismal annal in U.S. foreign policy.

Still, no one died trying to climb the Berlin Wall to get into East Berlin. 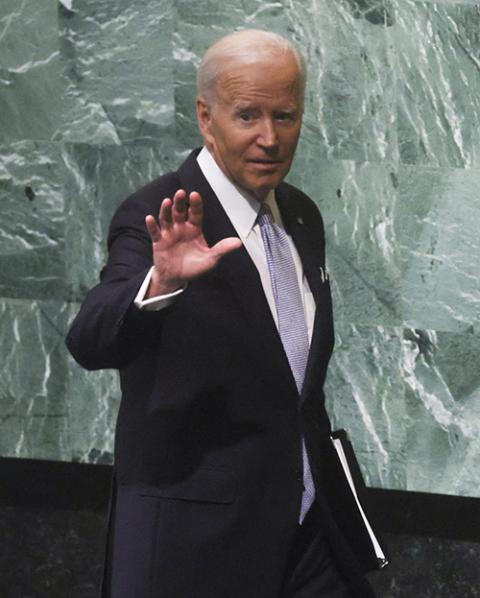 Biden's words last week about confronting other threats to international security and human rights were also fine, as were his remarks about dealing with climate change. How refreshing to have a president who is willing to engage on this most pressing of issues even if domestic politics will likely prevent any American president from actually leading on the environmental struggle.

The only major quibble I had with Biden's speech was his proposal to expand the Security Council. Designed to avoid the paralysis that plagued the League of Nations, the Security Council, with its five permanent representatives from major powers in 1945, each armed with a veto, is already toothless in the face of many threats to peace. No configuration will permit the U.N. to become determinative in any struggle among the world's major powers, but expanding the membership will only make the council's deliberations more like the often-tedious discussions in the General Assembly.

The United Nations has proven its value over the decades. It has not eliminated the scourge of war, but it has become a vehicle for confronting other scourges such as poverty and malnutrition. The president spoke to the often-unsung work the U.N. accomplishes in these areas.

After four years of a president who rejected American leadership and alliance building, it is comforting to have a president who engages the world again, and does so with America's best national dispositions on full display. Joe Biden may not be the most articulate person to have stood at that rostrum, but he is among the more decent world leaders our nation has produced. You do not have to agree with him on everything to recognize that.