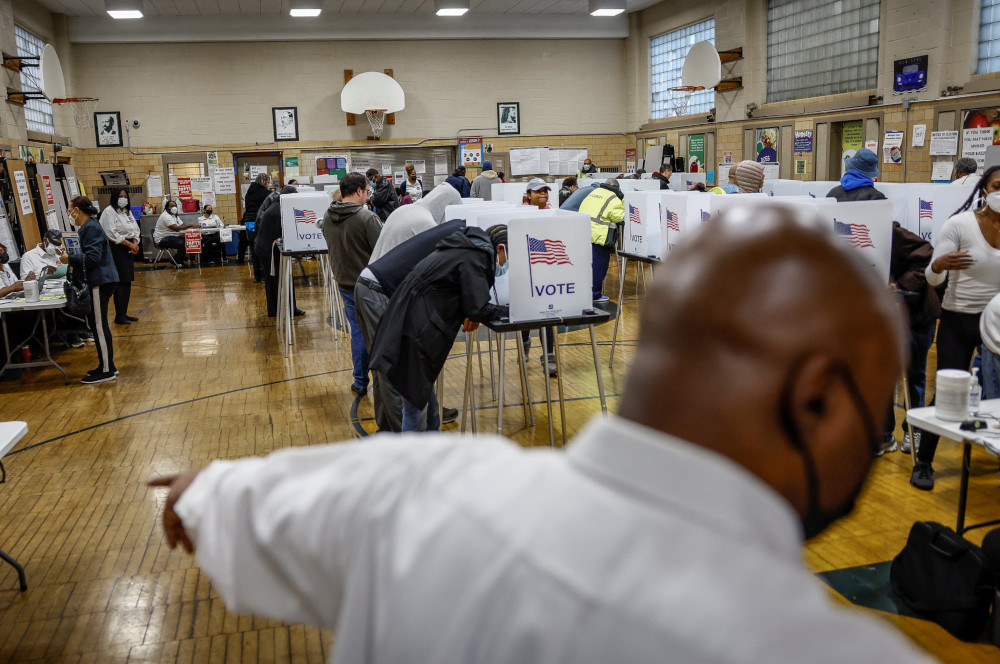 In the Anchorage Daily News, a report on the emergence of a bipartisan majority in the Alaska state Senate. Nine Democrats joined forces with eight Republicans to form a governing majority, isolating three more extreme, partisan Republicans in the 20-member Senate. Wouldn't it be great if other state legislatures came to a similar willingness to isolate the extreme members of either party!

In The New York Times, Matt Green of the Catholic University of America says the incoming House Republican Majority faces a triple threat: Their majority is not only small but fragile; there are factional divisions that are deep and will be difficult to bridge; and the new leadership is largely untested. He rightly warns Rep. Kevin McCarthy against making the kinds of deals with the Freedom Caucus that will make it impossible to actually govern. McCarthy isn't listening. The problem may be insoluble.

At Politico, a report on those states like Michigan where Democrats have gained control of both houses of the legislature and the governor's mansion — a trifecta — and what they plan to do with it. In Michigan, the top of the list is to repeal misnamed "right-to-work" laws. That will make a difference in the lives of real working people and is the kind of legislative action Democrats need to be known for again.

At Religion News Service, columnist Mark Silk takes on the Jewish supporters of Donald Trump, who broke with the former president on account of his recent dinner with Ye and Nick Fuentes, antisemites both and the latter a white supremacist. Silk is the best kind of social critic, someone who is more determined to compare and contrast moral evils, rather than just emit outrage in a univocal manner. And he is absolutely right about Trump getting a pass previously because of his many associations with Jews, especially daughter Ivanka and son-in-law Jared and their kids.

In Sacred Heart University's "Go, Rebuild My House" blog on church reform, professor June-Ann Greeley writes about Pope Francis' call for liturgical renewal in his apostolic letter Desiderio desideravi. The challenge extends beyond regulating the Tridentine rite. We need to find ways to pass on the centrality of worship to the Christian vocation to the next generation.

At The Hill, Catholic University of America politics professor John White looks at the political machinations mounted by the U.S. bishops' conference in recent years and concludes they are lousy politicians, so maybe they should stick to being pastors.

At the Working Class Perspectives blog from the Kalmanovitz Center at Georgetown University, Mark Popovich of the Aspen Institute Economic Opportunities Program explodes the idea that higher wages are driving inflation and also argues that raising interest rates is not the fairest way to confront inflation. He calls for a stronger safety net and a more just tax code.