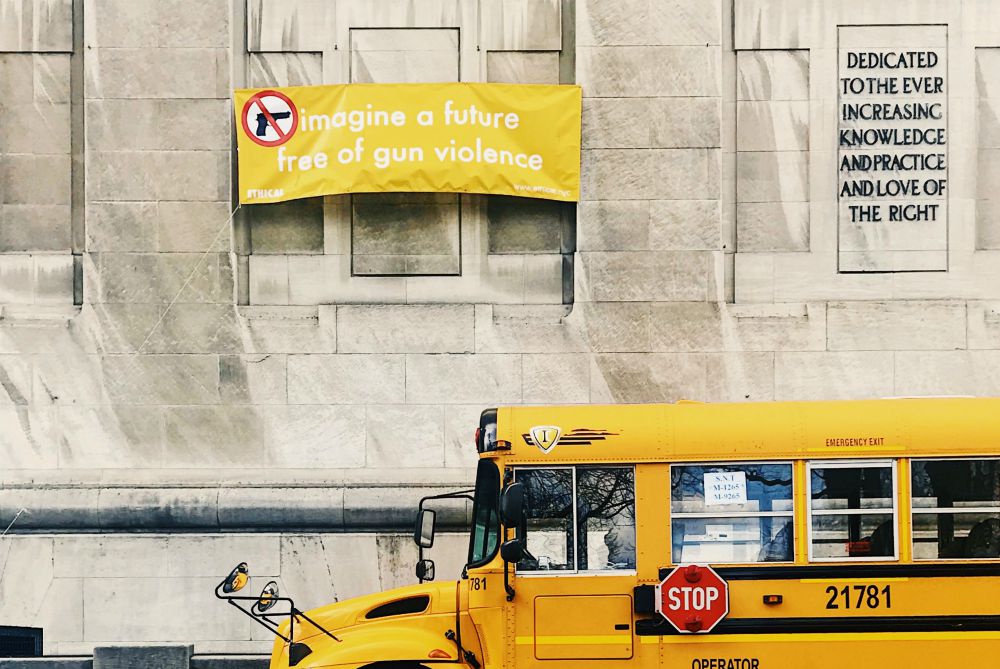 As I imagine in introducing the Gospel, surely this is the most challenging part of the message of Jesus. Some years ago a Scripture scholar, Fr. John McKenzie wrote, "If Jesus did not reject violence for any reason whatsoever, we know nothing about Jesus. Jesus taught us how to die, not how to kill." That's a very challenging truth. If we are to follow Jesus, we too must reject violence — all violence — domestic violence in our homes, violence in our neighborhood, our cities, our country, our world. We may not, according to Jesus, return violence for violence. We must return love for violence, love for hatred.

It's easy to understand why this is such a difficult challenge. Even the first Christians found it very hard to accept what Jesus said. Saint Paul, in writing to the church at Corinth, a church that was refusing to accept this teaching, or at least found it very difficult, he said, "Here am I preaching a crucified Christ." That's what I have to preach, a crucified Christ, one who hands over his life to his enemies out of love for them. He says, "To the Jews it's a scandal; it's a stumbling block." Who can believe in a messiah that hands over his life to his enemies? That's crazy, a stumbling block.

"To the Greeks (those knowledgeable and well educated), it's foolishness." Total foolishness — that's how they look upon this teaching of Jesus. But then Paul says, "But the weakness of God, Jesus, is stronger than human strength, and the foolishness of God is wiser than human wisdom." This is the message that truly could transform our lives, our communities, and our world. If we accepted what Jesus says and bring it into our own life, transform ourselves, our attitudes, our thinking, our ways of acting, we could end violence. Certainly, the violence in our country is truly extraordinary.

Recently I read a piece in the newspaper about violence in our schools. On Tuesday, it was a high school in small-town Kentucky. On Monday, a school cafeteria outside Dallas and a charter school parking lot in New Orleans. Before that, a school bus in Iowa, a college campus in Southern California, a high school in Seattle. Gunfire ringing out in American schools used to be rare, and shocking. Now it seems to happen all the time. Researchers and gun control advocates say that since 2013, they have logged school shootings at a rate of about one a week.

That's seems incredible. But that's the kind of violence that we live in, that is part of our social life, almost one a week. In fact, we probably don't even hear about them so much because it becomes so common. Then of course violence escalates and there are very, very many different places where violence happens, but also we have violence of war. We've been at war with Afghanistan for 18 years. Is it ever going to end? Are we going to stop killing and having our own young people killed? Jesus taught us the only way to end violence is to respond with love.

Some time ago, the peace movement in the Catholic Church called Pax Christi developed a promise for people to make that would bring about a conversion from our culture of violence to a culture of peace, that each one of us could participate in, could help bring about. They put it into the form of a promise that we can make in our spiritual lives as a way of following Jesus.

It goes like this: Recognizing the violence in my own heart, yet trusting in the goodness and mercy of God, I promise to practice the nonviolence of Jesus who taught us in the Sermon on the Mount: "Blessed are the peacemakers, for they should be called sons and daughters of God. … You have heard how it was said of old, 'Love your neighbor and hate your enemy,' but I say to you, love your enemies, and pray for those who persecute you. In this way you will be daughters and sons of God in heaven."

So here's the promise that people try to make:

Before God and the sanctifying spirit, I promise to carry out in my life the love and example of Jesus.

• By striving for peace within myself and seeking to be a peacemaker in my daily life. The very first thing we have to do is to try to, within our own spirit, our own hearts, through the quiet of prayer, meditation, and devotion become peace filled people, have peace within my own heart. It has to start there.

• The second thing: By accepting suffering rather than inflicting it. A very difficult thing to do, but part of developing a spirit of nonviolence.

• By refusing to retaliate in the face of provocation and violence. Our first instinct always is to get back, get even. Give that up, refuse to retaliate as David did in the first lesson today. He had the opportunity. He could have killed his enemy, and it was the second time, but he walked away. Then he engaged in conversation and dialogue to bring about reconciliation.

• By persevering in nonviolence of tongue and heart. In other words, not just actions of violence — we give up the violence that's in our heart.

• By living conscientiously and simply so I do not deprive others of the means to live. We want to try to build a world where everyone has a chance for a full human life, a world where peace really could prevail.

• By actively resisting evil and working nonviolently to abolish war and the causes of war in my own heart and from the face of the Earth. That is a challenge that each one of us could undertake to live the way of Jesus, the way of love, to give up violence, starting within my own spirit, within my own heart, reaching out into my family, my neighborhood, my community, working against war and violence, rejecting war as a solution to any situation.

A few months ago in October, Pope Francis canonized a modern-day saint, Archbishop Óscar Romero from El Salvador. You may remember the archbishop. He spoke out very boldly and clearly against the injustice and the violence in his country. He was hated by those who wanted to perpetrate violence, by those — the military and the rich who looked down on the poor. He was hated because he was working for justice, rejecting violence, and rejecting war.

As you may remember, he was shot in that tiny chapel where he used to say Mass every day near a hospital where he lived. Standing at the altar as he was about to offer the gifts, an assailant opened the back door of the church, took aim and shot. The archbishop fell to the floor and died in a matter of minutes. But just two weeks before that happened, he had been interviewed. The reporter asked him about all the threats against his life. "Shouldn't you leave your country? Or at least shouldn't you at least be silent?"

The archbishop told the reporter, "I have been threatened with violence many, many times. But I do not believe in death without resurrection, and even if they kill me, I will rise again in the Salvadoran people." That did happen. He's remembered everywhere in El Salvador. But then he went on to say, "As a shepherd, I am obliged by divine mandate to give my life for my people." That's what he accepted when he became the bishop, the shepherd, so he's willing to be killed if it takes that.

Finally he told the reporter, "In fact, you may tell them if they do kill me, even now I forgive and bless those who do it." So when that door opened and the gun was raised less than 100 feet away, he knew what would happen. When he looked at that person who had the gun, it wasn't a look of hatred or fear; it was a look of love, forgiveness. Now that's extraordinary and it isn't going to happen that way for us, but certainly that's a model, even as Jesus is our model on the cross, "Father forgive them, forgive those putting me to death."

That's the kind of love Jesus taught. That's the kind of love Jesus exhibited in every part of his life. That's the kind of love that we're called to strive for. So today as we hear this Gospel, perhaps we can pray and ask God to let the Word of God penetrate our minds, our hearts, our spirit so that gradually, we are converted and that we accept the challenge of the Gospel: "Don't just love those who love you, love your enemies. Do good to those who hurt you." In every part of our life, every minute of every day, we must try to live this message of Jesus to bring peace into our families, our communities, and into our world.

Editor's note: This homily was given Feb. 24 at St. Ambrose Church in Detroit. The transcripts of Bishop Thomas Gumbleton's homilies are posted weekly to NCRonline.org. Sign up here to receive an email alert when the latest homily is posted.