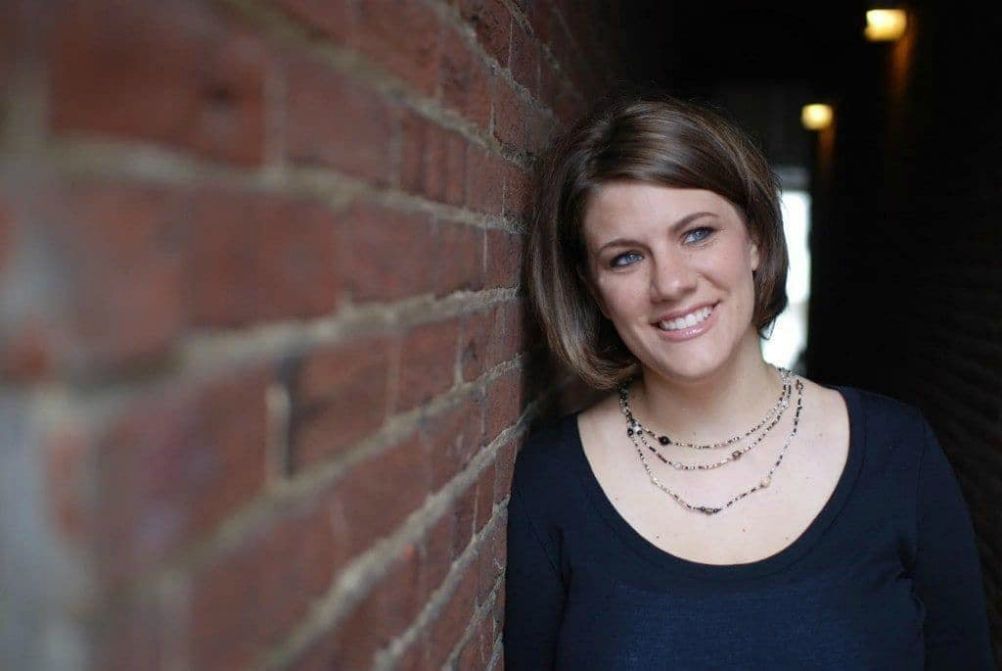 When news of Rachel Held Evans' death May 4 reached me a few hours after her passing, it literally knocked me to my knees. I simply could not believe it.

How had this unwavering source of light and grace in the world, this lover of God and all of God's children, guardian of the marginalized and ostracized, been struck down and silenced?

My first thoughts of grief were for her husband and their beautiful wee children, who would be forced to continue living without her. That is by any measure, a cruel arrangement. And I'm sure I am not alone in shouting at God about it. How dare you?!

Even though I was not one of Evans' intimates — we met once or twice, I believe, and we moved in intersecting social/spiritual/literary circles where we shared many friends, an agent and (once upon a time) a publisher — like so many members of her church without walls on social media, I felt that we knew, understood and cared for each other. I admired her as a human and was immensely grateful for her work.

For many of us who struggle with our past, present and future identity as "evangelicals," over the last decade or so, with her clear-eyed, unapologetic vision of what it means to be a follower of Christ, Evans became a champion and ad hoc pastor — the unofficial chaplain to the Island of Misfit Toys — for millennial "ex-vangelicals," seekers and "nones" alike.

"When you think about it, dismissing all other traditions as faithless is one of the crueler lies of evangelicalism, because it often deprives those of us who fall away or get kicked to the curb of a second chance at church," Evans tweeted last month.

"Picked up some fundie hate-follows this week so let me make a few things clear: I embrace LGBTQ people just as they are. The best preachers I know are women. Donald Trump is a liar & racist. Being a disciple of Jesus requires solidarity w/ the marginalized. Not changing my mind," she tweeted in 2018.

If I might beg the indulgence of our dearly departed Evans to invoke an image from her beloved "Game of Thrones," Lady Rachel of Dayton Rock (first of her name) was our ecclesial Hodor.

Evans and the gentle GoT giant shared neither physical appearance nor intellect — here the lovely Evans' gifts more closely mirrored the quick-witted articulation, big-picture-seeing mind, and kindness of Tyrion Lannister. But in her indefatigable ability to carry untold numbers of refugees from evangelical Protestantism to safety and to hold the door of the Church (with a big 'C') for us, she was our millennial defender of the faith.

Unlike Hodor of Winterfell, who held closed a door to keep his friends safe from a marauding army of White Walkers, Evans just as fiercely and with self-sacrificial loyalty held the doors of the universal church open for all to enter, even as some of her co-religionists sought to bar them from sacred community.

Because they were LGBTQ. Or persons of color. Or feminists. Or loved someone who was gay or brown or an ordained woman or marched with a pink pussy hat in the Women's March.

Because they were holding on to their faith in Jesus the Christ by the skin of their teeth. Because the institutional church (no matter which flavor) seemed irrevocably broken by hypocrisy, xenophobia, the pursuit of political power (or at least the illusion thereof), and abuse of every sort imaginable (and unimaginable).

Evans squared her shoulders and pushed back against the principalities and powers who were trying to close the gates, allowing the rest of us to run inside and take our seat at the banquet table set by the God of grace, one that never runs out of space, food, drink, or room for more company.

"The Church is God saying, 'I'm throwing a banquet. All these mismatched, messed up people are invited & so are you. Here, have some wine,' " Evans tweeted in June 2013.

She went beyond simply holding spiritual place for people to come through the door. In her four books and innumerable articles, essays, blog posts, Facebook posts and tweets, Evans left directions for how to find the door and how to hold it open for others.

I am a member of Generation X, predecessor of Evans' millennials. When I was in my 20s and early 30s, there was no Evans holding the door or leading the way; no one from inside (or as Franciscan Fr. Richard Rohr might say, from "the edge of the inside") of evangelical Christendom to show us the way through. Back then, it felt as if the only option was to leave evangelicalism altogether, or to become an Episcopalian or a Roman Catholic (as more than a few of us did.)

Evans was a life-saving port, a place where many of us could tether our faith to wait out the worst of the storm, renewing our strength to sail through it to the other side (or fake it until we could make it).

"Sometimes going through the motions is faithfulness enough," she tweeted in January 2014. "Sometimes you just trust the Bread & Wine, Body & Blood, to be enough. #Sunday".

Rest in power, sister. Thank you for holding the door.

[Cathleen Falsani is an award-winning, veteran religion journalist and author, specializing in the intersection of spirituality and culture.]