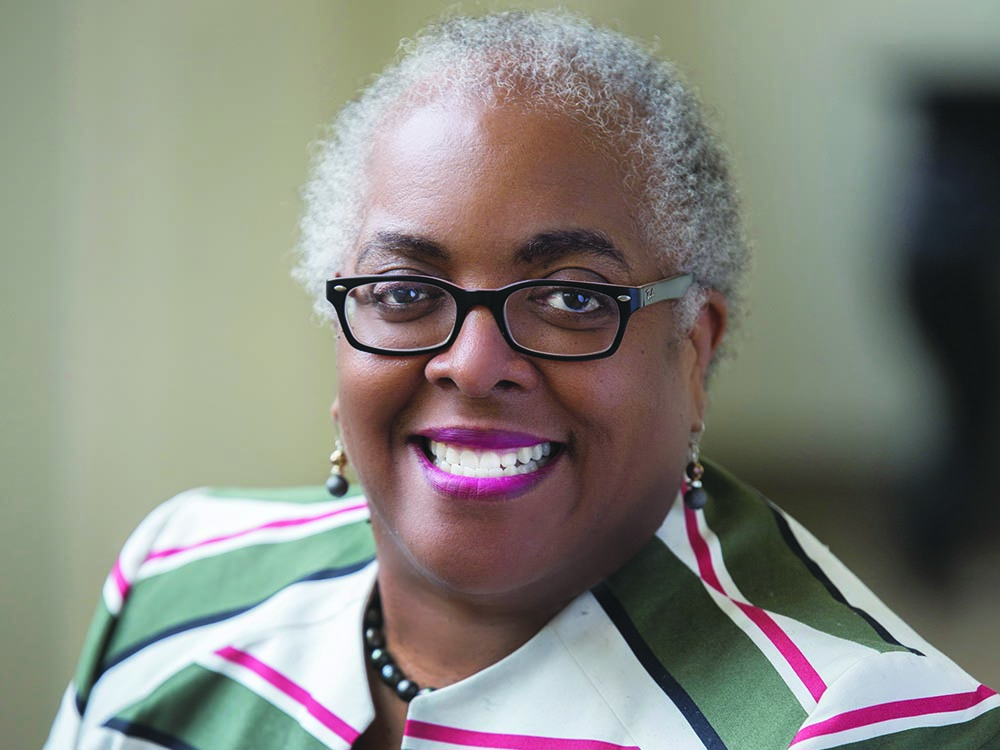 Three years ago this month, just a few short weeks before my full reception into the Catholic Church, I attended a lecture given by Shawnee Daniels-Sykes at the University of San Francisco. The topic was Black Lives Matter, which was at the time a growing movement but still yet to reach its apex. That would come roughly six months later, following the arrest and murder of George Floyd.

The event at the University of San Francisco was my first in-person experience with a major Black Catholic scholar. I was not familiar with Daniels-Sykes, but the event was for Black Catholic History Month, which caught my eye. I'd only recently learned of that month — and the existence of Black Catholics writ large, insofar as they are a community with noticeable numbers and impact.

As such, it was eye-opening to attend a Catholic event with full-on endorsements of Black protest, anti-racism, and the full dignity of Black people and their grief. During the presentation, Daniels-Sykes focused, in large part, on the development of physical memorials in the Black community following the death of a loved one due to police violence and the like.

On Oct. 31, Daniels-Sykes herself passed on to the next life, occasioning a litany of memorials to her legacy of faith and resistance within the Catholic Church as a powerful theologian, health care professional, writer and the nation's only Black Catholic female bioethicist.

Just weeks after I first encountered her at the University of San Francisco, she was diagnosed with stage 4 pancreatic cancer, a devastating disease that challenged her ministry for the remainder of her life. She was 61 years old at the time of her death.

"With a diagnosis as lethal as mine was, you have to keep a positive attitude and a desire to fight," she said in an interview last year.

"There's a lot of energy that comes through faith. It's important to surround yourself with people who want to walk with you and support you on this journey."

Born and raised in Milwaukee, Daniels-Sykes served as a professor there at Mount Mary University. She spent much of her career in the city, having been raised at St. Martin de Porres Catholic Church and later matriculating to Spelman College in Atlanta. She studied nursing at the University of Wisconsin-Milwaukee, practicing in the field before obtaining a master's in pastoral studies from St. Francis de Sales Seminary. She earned her doctorate in theology and ethics from Marquette University in 2007.

For 22 years, she also served in religious life as a School Sister of Notre Dame, during which time she became director of the Milwaukee Archdiocese's African-American Ministry, and founded the Lincoln and Julia Valle Lay Leadership Program — named for an African-American couple who founded the city's first Black parish.

Though by the time I met her she had left religious life to care for her parents, she was the first Black woman religious — former or current — I had ever met. She exuded the aura of someone who had dedicated themselves completely to God and to his unfettered model of justice.

Daniels-Sykes' work covered a litany of issues, and most often focused on medical deficits in the Black community and among the poor. Her dissertation concerned fetal tissue research and the effects of secular abortion views on the marginalized, including failures in Black maternal care and the commercialization of controversial medical practices.

Her own fatal disease is one that disproportionately affects African Americans and those of low socioeconomic status, and Daniels-Sykes spent her final years increasing awareness while continuing to teach.

Daniels-Sykes served in a number of national associations, including the Black Catholic Theological Symposium, the Society of Christian Ethics, and the Catholic Theological Society of America, and was also a professor in the Institute for Black Catholic Studies at Xavier University of Louisiana. Additionally, she helped found the Milwaukee Archdiocese's Healthcare and Bioethics Committee.

She was published in a number of publications, including the Internet Journal of Catholic Bioethics and the Journal of Black Catholic Theology, and contributed book chapters to Conscience and Catholic Health Care: From Clinical Contexts to Government Mandates (2017), Looking Back, Moving Forward: Wisdom from the Sankofa Institute for African American Pastoral Leadership (2018) and Enfleshing Theology: Embodiment, Discipleship, and Politics in the Work of M. Shawn Copeland (2018).

In 2019, she was among the recipients in The Milwaukee Times' Black Excellence Awards, and had previously received multiple awards in consecutive years from her sorority, Alpha Kappa Alpha Inc. She was named the recipient of the Vatican II Award for Service by Archbishop Jerome Listecki of Milwaukee in 2011.

Another signee, a fellow Milwaukee-born Black Catholic ethicist Bryan Massingale, had served on Daniels-Sykes' dissertation committee. She successfully defended her dissertation in 2007, becoming the first and only African American Catholic female theological bioethicist in the United States.

"Sr. Shawnee's accomplishment is indeed an historic moment for black Catholicism in the U.S.," Massingale told the Catholic Herald that year.

"It is a witness to the fidelity of African American Catholics, and is another sign of our desire to contribute to the wider church's understanding of faith in the light of our unique cultural experience."

Massingale served as the homilist at Daniels-Sykes' Nov. 12 funeral at All Saints Catholic Church in Milwaukee. The Mass of Christian Burial was followed by interment at Holy Cross Cemetery, and a repast at Mount Mary University, the institution where Daniels-Sykes served so well for 16 years.

As one who was greatly affected by her ministry, encouraged by her very presence and witness to embrace Black Catholicism in identity and in deed, I say: Rest well, professor. Rest well.

A version of this story appeared in the Dec 23, 2022 - Jan 5, 2023 print issue under the headline: Shawnee Daniels-Sykes, pioneer of Black Catholic womanist ethics, dies.