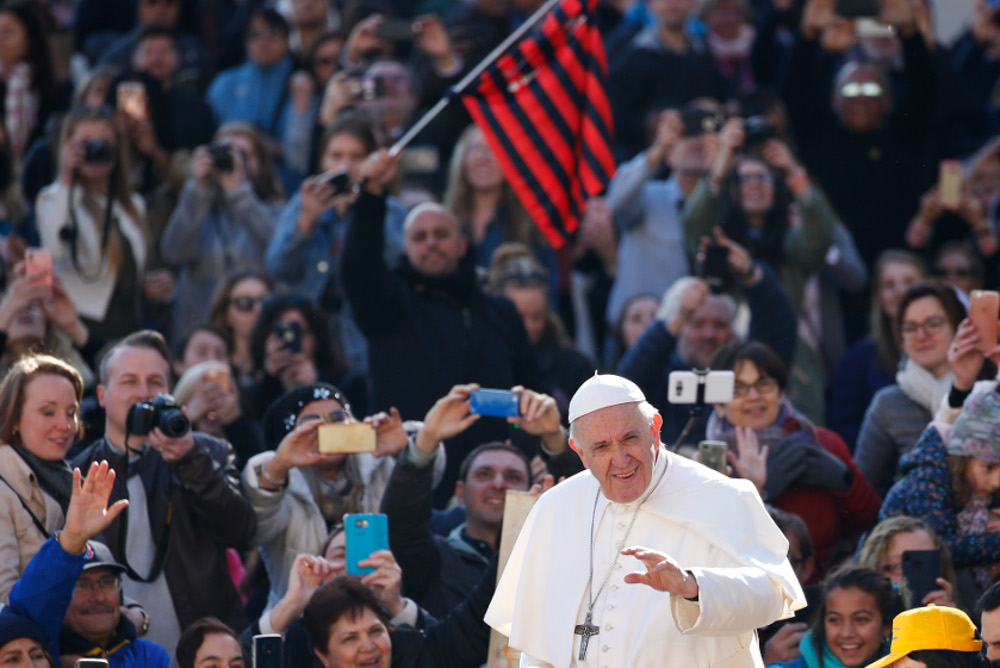 Pope Francis greets the crowd during his general audience in St. Peter's Square at the Vatican March 6. (CNS/Paul Haring)

Six years ago, on March 13, the College of Cardinals surprised the world with the election of the Argentine Jesuit Cardinal Jorge Bergoglio as pope. Taking the name Francis, he won the admiration and respect of Catholics and non-Catholics alike with his simplicity and concern for the poor and marginalized.

With each passing year, however, criticism of the pope has become more vocal, especially from the Catholic right, who think he is breaking with traditional church teaching, and the political right, who don't like his views on global warming, immigration and social justice. Francis has also been unable to satisfy those who say the Catholic hierarchy's response to the clergy sex abuse crisis has been inadequate.

I am a big fan of Francis, in part because I think that any evaluation of his first six years as pope shows that his accomplishments outweigh his failings.

Francis has successfully rebranded the Catholic Church, which had come to be regarded as a clerical institution that stressed rules and uniformity. If you wanted to be a good Catholic, you were given the catechism to memorize and told to follow the rules.

Francis hates clericalism. He is constantly telling bishops and priests not to act like princes but rather like servants to the people of God. While he is kind and compassionate to the wider world, he can be very critical when speaking to bishops and priests. He warns against the temptation to manipulate or infantilize the laity. He urges clerics to empower the laity "to continue discerning, in a way befitting their growth as disciples, the mission which the Lord has entrusted to them."

For Francis, the church is not a country club for the good and beautiful. Rather, it is a "poor church for the poor," a "field hospital" for the wounded. That is why he stresses compassion and mercy.

In contrast to the last two popes, who taught using complex theological concepts, Francis appeals to the heart. He complains that "we have reduced our way of speaking about mystery to rational explanations, but for ordinary people the mystery enters through the heart."

He believes that "we lose people because they don't understand what we are saying, because we have forgotten the language of simplicity and impart an intellectualism foreign to our people."

This is not a pope who will worry, as we did in the previous papacy, about whether the translation of the Nicene Creed should say that Jesus is "one in being" or "consubstantial" with the father. 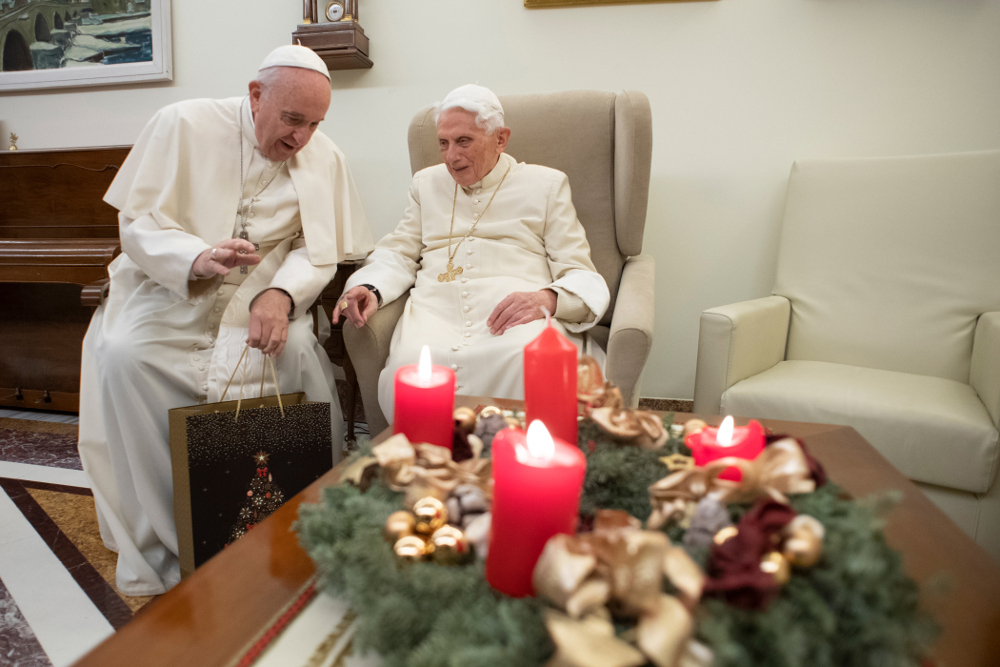 The mistake today's conservatives make is to simply quote these great thinkers, rather than imitate them in developing new ways to explain Christianity to people of the 21st century. With few Neoplatonists or Aristotelians around today, theologians must have the freedom to discover new ways of explaining Christianity, even if this leads to new ways of understanding of human rights, justice, sexuality, marriage and the role of women.

Unlike his predecessors, Francis is not afraid of encouraging discussion in the church. "Open and fraternal debate makes theological and pastoral thought grow," Francis said in a controversial 2014 interview with the Italian newspaper Corriere della Sera. "That doesn't frighten me. What's more, I look for it."

Francis' approach has implications for the pastoral priorities of the Catholic Church. For him, the first words of evangelization must be about God's compassion and love. Everything in Christianity flows from that message, which Jesus stressed constantly in the gospels. Preaching must flow from the gospels, not merely be a presentation of the catechism and a rulebook.

In short, Francis is concerned above all with how we live the faith, more than how we explain it. Orthopraxy trumps orthodoxy.

The practical impact of this emphasis on love and mercy is a more compassionate attitude toward divorced and remarried Catholics as well as LGBT Catholics. If the church is a field hospital, then communion is not just for the heathy and perfect but for the sick and wounded.

Francis has continued the work of ecumenism and interreligious dialogue begun by his predecessors. To see a pope standing with a Lutheran bishop to celebrate the 500th anniversary of the Reformation is truly historic. Likewise, his ongoing dialogue with the grand iman of Al-Azhar is critical for interreligious understanding and peace.

And in continuing the church's concern for social justice, he has not shied away from controversial topics like immigration and global warming. Putting the church on the side of the environment is crucial for humankind in the 21st century.

But Francis is not perfect.

Until this time last year, he did not truly understand the sex abuse crisis. After learning that he had been misled by the Chilean bishops, he demanded that they all submit their resignations because they had not protected children. He also began meeting with victims of abuse to hear firsthand their stories.

This was transformative, but although he has begun holding bishops accountable for the safety of children, he still has not created a structure for doing this in a systematic way. 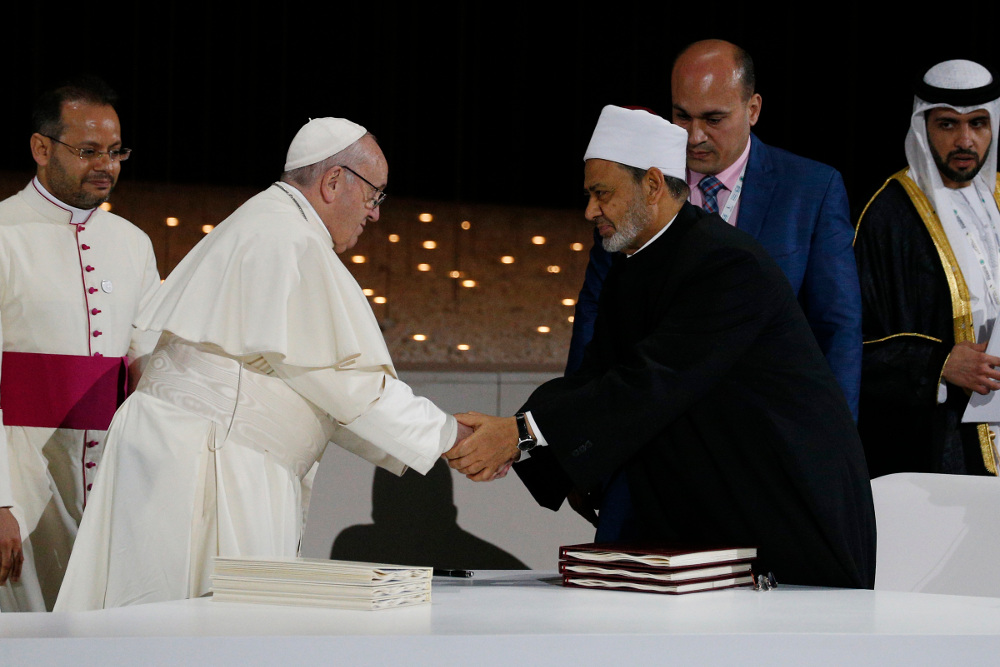 In responding to the sex abuse crisis, Francis has also called for transparency. The real test of this ethic will come with the investigation into what people in the Vatican knew about Theodore McCarrick's misconduct. Will the results be public? If the report finds that the Vatican was aware all along — before his appointment to the archbishopric of Washington — that McCarrick had slept with seminarians, it will be very embarrassing to the last two popes and the cardinals who surrounded them.

When the pope talks about women, he also fumbles, sounding like a grandfather whose grandchildren love him but roll their eyes when he speaks. He is out of touch with first world feminist language and sensitivities. His focus rather is on women's issues in the third world, which does make him an able campaigner against human trafficking and a supporter of policies that lift women out of poverty.

Francis' strength is as a pastor who calls people to conversion. He does not think like an administrator, one who establishes policies and structures to ensure things are done properly.

Hopefully, Francis will have many more years as pope so that he can appoint more bishops who support his vision for the church and deal with other issues that face the church and the world.