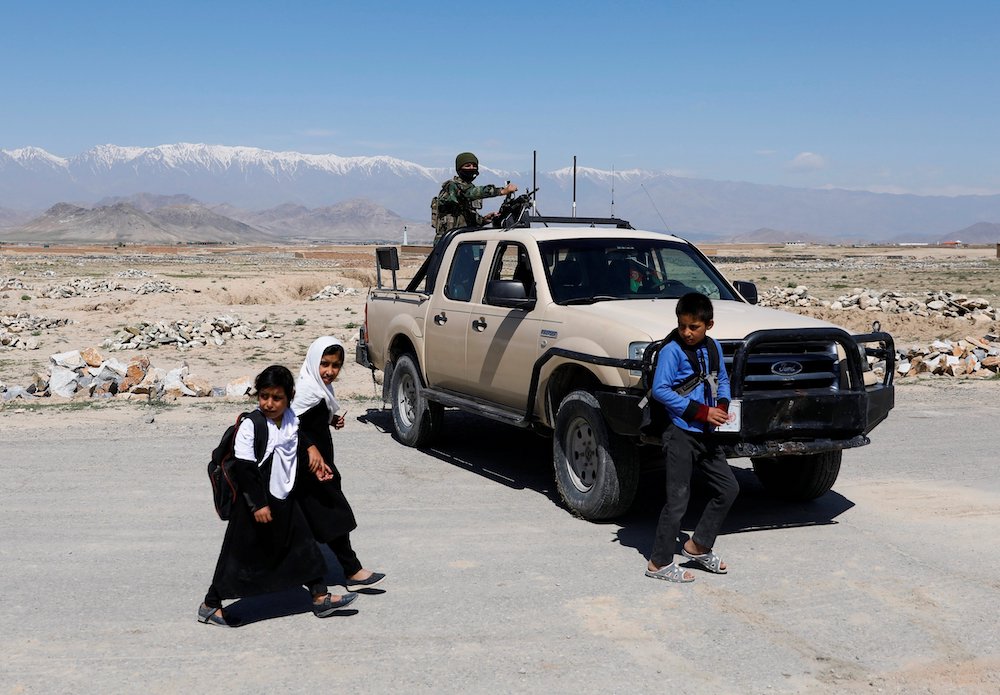 "Better late than never," a well-worn adage often spoken in exasperation, can be a moral truth, too. So, even if it comes 20 years too late, President Joe Biden's announcement that all American troops will be out of Afghanistan by Sept. 11 this year is the right decision, one that conforms to the fundamental principle of the just war theory that you should not fight an unwinnable war.

Committing a troop surge in Afghanistan in 2009 was one of President Barack Obama's greatest mistakes, partly because it flew in the face of history: The British and Soviet empires failed to subdue Afghanistan; what hubris led us to believe we could succeed where they had failed?

Americans have a hard time admitting defeat, but do not kid yourself; the United States lost this war. It adds to our unbroken record of losses since 1945, unless we count trouncing overmatched nations such as Grenada or Iraq in the First Persian Gulf War. The final judgment on the current Iraq War is not in, but few are ready to declare victory.

American soldiers are unquestionably brave and committed, but military and civilian leaders have failed to use the military to aid in political and diplomatic solutions, as it's designed to do, not to replace them.

In Afghanistan, the United States never had enough reliable local partners committed to the good of their country. The elites were too busy fighting for power and enriching themselves. They were too tribal to work together for a common good. Nor was Pakistan a reliable partner in controlling the Taliban, who found a safe haven across Afghanistan's rugged border.

For 20 years, U.S. generals kept telling us that they were just a couple of years away from training an Afghan army. Yet after 20 years, the government forces are still not a match for Taliban soldiers who never had the sophisticated training we claim to impart. It is not about training; it is about commitment.

Despite our control of the air, despite our intelligence capabilities, despite our European allies, we were always on the defensive and had to cede large parts of the country to the Taliban. At some point we have to admit we lost.

Those who want us to stay in Afghanistan, including the Pentagon's supporters embedded in Washington think tanks, say that they only need a few more years to turn it around. Sorry, we have heard this same argument for two decades. Fool me once, fool me twice, but fool me 20 times?

Those who want to continue the war also argue that Afghanistan will again become a haven for terrorists. This ignores the fact that the Taliban is focused on Afghanistan and sees al-Qaida and the Islamic State as competitors, especially after the Americans leave. These terrorists have already spread to Africa and elsewhere; stomping them out in Afghanistan will not eliminate them.

Detractors of Biden's decision also argue that civilians, especially women, will suffer under a new Taliban regime. This is probably true, but how many civilians, both men and women, have suffered and died during the last 20 years? Should more people die only to postpone the inevitable for another couple of years?

In addition, there are probably a dozen countries around the world where civilians are suffering from their governments. Why wage war in Afghanistan and not these countries?

Decades ago, when we were retreating from a failed war in Vietnam, we were told that there would be a blood bath after the Americans left. Catholics especially would suffer. There is no democracy in Vietnam today, and there is only limited religious freedom, but the wholesale blood bath did not occur. Hopefully the same will be true in Afghanistan.

It amazes me that after the Vietnam fiasco, we could make the same mistakes all over again in Afghanistan. Can we not learn from our mistakes? Does every president have to prove his manhood by getting into a war?

It is sad that Democrats' hatred of President Donald Trump kept them from enthusiastically supporting his desire to remove troops from Afghanistan. They should have come home four years ago.

More than 2,300 American soldiers died in the last 20 years of fighting and even more suffered debilitating wounds. More than 110,000 Afghans on both sides have died. By some estimates, the war cost us more than $2 trillion. Was it worth it? The answer is no.

If the war in Afghanistan was our answer to 9/11, we have far exceeded the Old Testament norm of an eye for an eye.

As we withdraw, we have a responsibility to take with us those who directly helped us, for example, as translators. The focus should be on the thousands of little people who helped us, not the politicians who plundered their country and can buy their way into Europe. Leaving our friends behind would be a criminal betrayal.

We should also offer aid to the Taliban in rebuilding their country, but this aid must be conditioned on their avoiding reprisals against their enemies, respecting the rights of women and suppressing the drug trade. The stick failed; let us try the carrot.