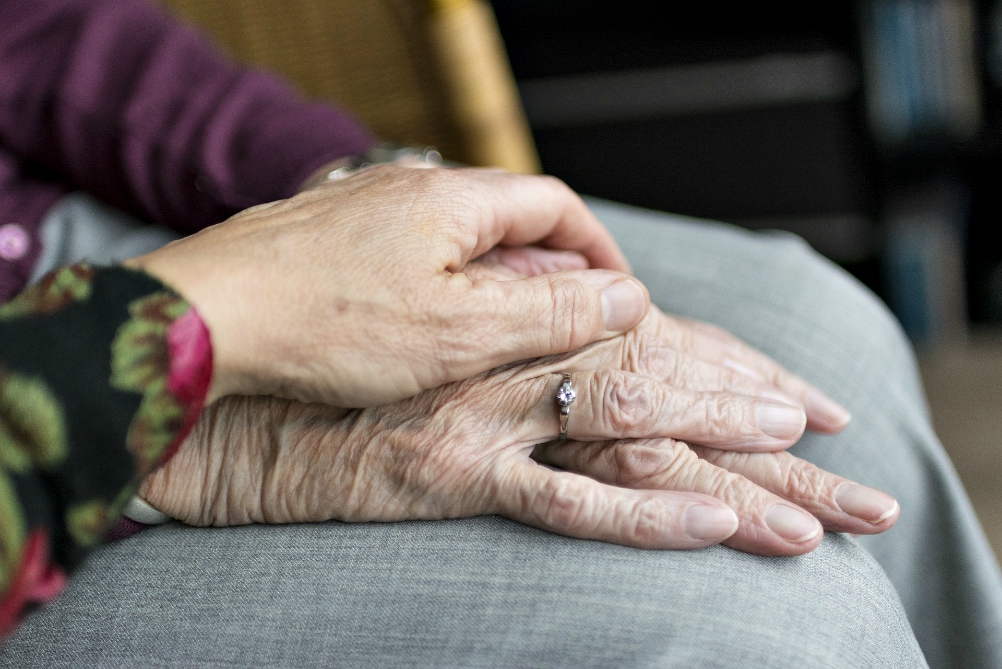 You never know when love will find you. I didn't expect a two-year love affair when I accepted a caregiver assignment with Amy, a 92-year-old Japanese lady in a senior living home. My job was easy: accompany Amy to the dining room for breakfast and dinner and tuck her into bed at night.

I knew little about Amy's past. I was told that she had grown up in California and that she was imprisoned with her family during World War II at a Japanese internment camp in Colorado. After the war, she married and had three children, two sons and a daughter. Her husband had died.

Amy suffered from Alzheimer's. Her mind was diseased, but her soul was whole and full of love. When she first saw me, she burst into song. "I love you ... for sentimental reasons." She never missed a beat of Nat King Cole's 1946 hit. "I hope you do believe me," she sang on, "I'll give you my heart."

Amy serenaded the nurses and maintenance workers with her song and even feted other residents as she made her way to her table in the dining room. "That's just for you," she'd say, "because I love you."

Many residents snickered behind Amy's back or rolled their eyes. Some pretended not to see or hear her. They still had their "marbles," after all. But Amy was oblivious to it all. She didn't see or hear a thing. The very next day she stopped at their tables and heaped more love on them.

The seasons came and went, but Amy kept on loving. I never figured out how she chose which residents to caress with song. Was it random? Or did she sense a hole in certain hearts? One day an amazing thing happened. Residents stopped being condescending and started smiling at Amy and saying hello. Even John, a crusty old bachelor who liked to complain, fell under her spell.

Doris and Bert and Joanne and Michael began wishing her well. "Have a nice day, Amy! We love you, too!" Sometimes, they even joined her in song. Amy's spirit was like a long planted lilac unexpectedly appearing in spring.

But Alzheimer's was slowly ravaging Amy's brain, and she suffered from bouts of depression and sometimes refused to get out of bed. My fingers untangled her matted hair. "It's time to get dressed and go down for dinner, Amy. Your friends are waiting for you."

"I'm not hungry," she barked, pulling the covers up higher.

And so I would sing. "I love you for sentimental reasons," I crooned as I coaxed her out of bed. Amy peeked at me from under the covers, with a child's smile. She couldn't resist an expression of love.

After a leisurely dinner, we'd return to her apartment, plop down on her blue loveseat, and engage in simple chats. The content rarely changed, but it was Amy's way of making conversation and being sociable, and she liked that time together.

"I love the way you help me," she said, her glasses sliding down her nose. "You're wonderful."

"Not as wonderful as you."

"You're more wonderful!" She slapped my leg in her playful way. "I love you ... for sentimental reasons." Sometimes her parakeet chirped in too. One day, we started harmonizing. I took the soprano part; Amy was contralto. We laughed when I improvised or missed a high note.

Amy loved everybody. And not just for sentimental reasons. Her love was pure. She didn't see race or color or fat or thin or bad behavior. Where had she learned to accept and love others beyond measure? Did her years in the Japanese prison camp influence her? I'll never know.

Amy's cognitive abilities kept diminishing, and she began withdrawing at times into a secret world.

After helping her for two years, I was sad when they moved her from assisted living to the memory care unit. Amy needed closer monitoring by the nursing staff, and our love fests came to an end. We whooped it up our last night together. We belted out "For Sentimental Reasons" for old times' sake and told each other again how wonderful the other was. But I had learned now that for Amy there was no other. There was only we.

I tucked her into bed for the last time. She told me she loved me.

"I love you more." I leaned in to give her a goodnight kiss on the cheek.

My heart stopped. I heard new words but my soul saw one ancient truth. Why didn't I see it sooner? God is love, and God's face has been looking at me for two years.

"I love you, Amy," I whispered, closing the door behind me. "I hope you do believe me. I've given you my heart."

[Marion Amberg is the author of Penny Prayers: True Stories of Change and a freelance journalist. Dubbed the "Faith Traveler," she writes from Santa Fe, New Mexico.]

A version of this story appeared in the June 15-28, 2018 print issue under the headline: I love you for sentimental reasons.