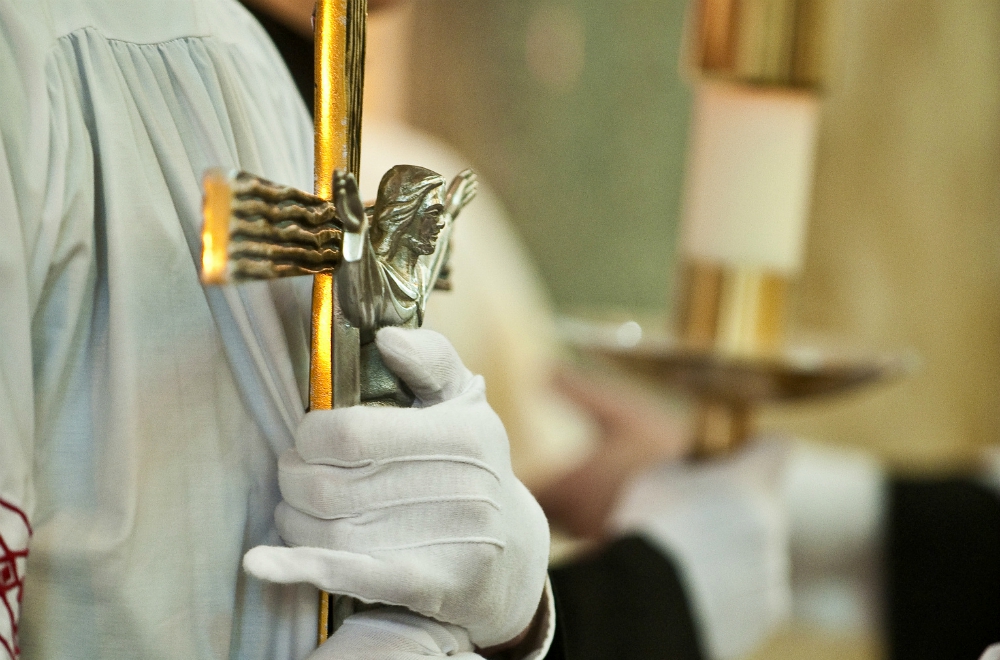 The age of 8 is too young to become an atheist. I had no choice.

It was the summer of 1958 in Clyde, Kansas. Having finished third grade, I had been preparing for what I was sure would be the highlight of my life: serving Mass for the priest at our church. Like other boys my age in the parish, I wanted to become a priest. Serving Mass would be my first step.

My big day finally arrived. I put on the cassock that dusted the floor and the white overblouse starched by the nuns. I looked down at my shoes, freshly polished by Mom. I took a deep breath, confident I at least looked the part.

To my horror, the eighth-grade altar boy did not show up. I would be serving alone. I went blank for the first time in my life. Sister Gertrude, my teacher from the school next door, was summoned. She hid behind the flag prompting me with instructions.

I made it to the first highlight, picking up the big heavy missal and carrying it high to the other side of the altar. I lifted it, stepping backward down three steps, careful always to face the candle representing Jesus. Next would come the tricky part. As I approached the midway point in my journey, still balancing the book, with the priests back in front of me, I was to genuflect while, on one knee, making the sign of the cross.

I wanted nothing more than to please Father, Sister Gertrude and Jesus. Balancing a 10-pound book wasn't easy for a 70-pound boy. Genuflecting in the long cassock didn't make it any easier. As I began to rise, my foot caught in the hem of the cassock. The book and I went sprawling to the floor.

The priest stopped the Mass and turned. His face was red, his forehead clenched like a fist.

"What's going on? I want you to leave and never serve Mass for me again!"

I fled and ran all the way home. I couldn't take off the cassock fast enough. I dismantled my altar. The crucifix went back to mom, the rosary to grandma. The statues, the stars and the scapular around my neck went to the trash.

What was I to do? I'd been kicked out of the church and, so it seemed, from Catholicism. I pondered the alternative: Protestantism. But I'd learned during three years in Catholic school, that all those other religions were inferior. Protestants can go to heaven, I was taught, but they have to be twice as good. We pitied those Protestant children, deprived of the one true religion.

Being neither Catholic nor Protestant left only one thing: nothing.

That is where I stayed for 30 years.

Thirty years after my fall from grace I found myself in Salina, Kansas, with nothing to do. I drove by the Sacred Heart Cathedral. Growing up in a farm family, my parents, siblings and I had driven by it many times on our way to the John Deere dealership. We'd laugh at the cathedral because it looked like a grain silo. Whoever heard of that, Dad would joke, a church looking like a silo.

Since I'd never been inside, I went in. I wasn't prepared for what I saw. It was pure and simple, without any of the gothic elements I had grown up with. As I looked around, I saw a priest. I told him how much I admired the interior and exterior of the cathedral, thanks in part to my courses in art and architecture. I found myself appreciating the very qualities we had ridiculed when I was a child.

"Your family's was a good observation," the priest said. "When the architect made his first trip to Salina to check out the site, he was impressed by the grain silos he drove by. He paid homage to them, making symbolic connections between the abundance of wheat contained in the silos and the abundance of the Holy Spirit in the church. The golden wheat became hosts which, once blessed, were the body of Christ."

I found myself telling this priest the story of my fall from grace — all about the Mass, the cruets, and the frightened child. It was a story I had never told before.

"Priests don't always do everything right. Please ... forgive us."

My gush of tears, along with the priest's embrace, began a long and bumpy road toward my own spiritual redemption.

[Don Lambert is a freelance writer living in Kansas City, Missouri, specializing in the arts and history of the region. His previous story for NCR was about his widowed mother's conflict with her church and some of her relatives as she considered marrying a man who was divorced. The story received a first-place award from the Catholic Press Association.]