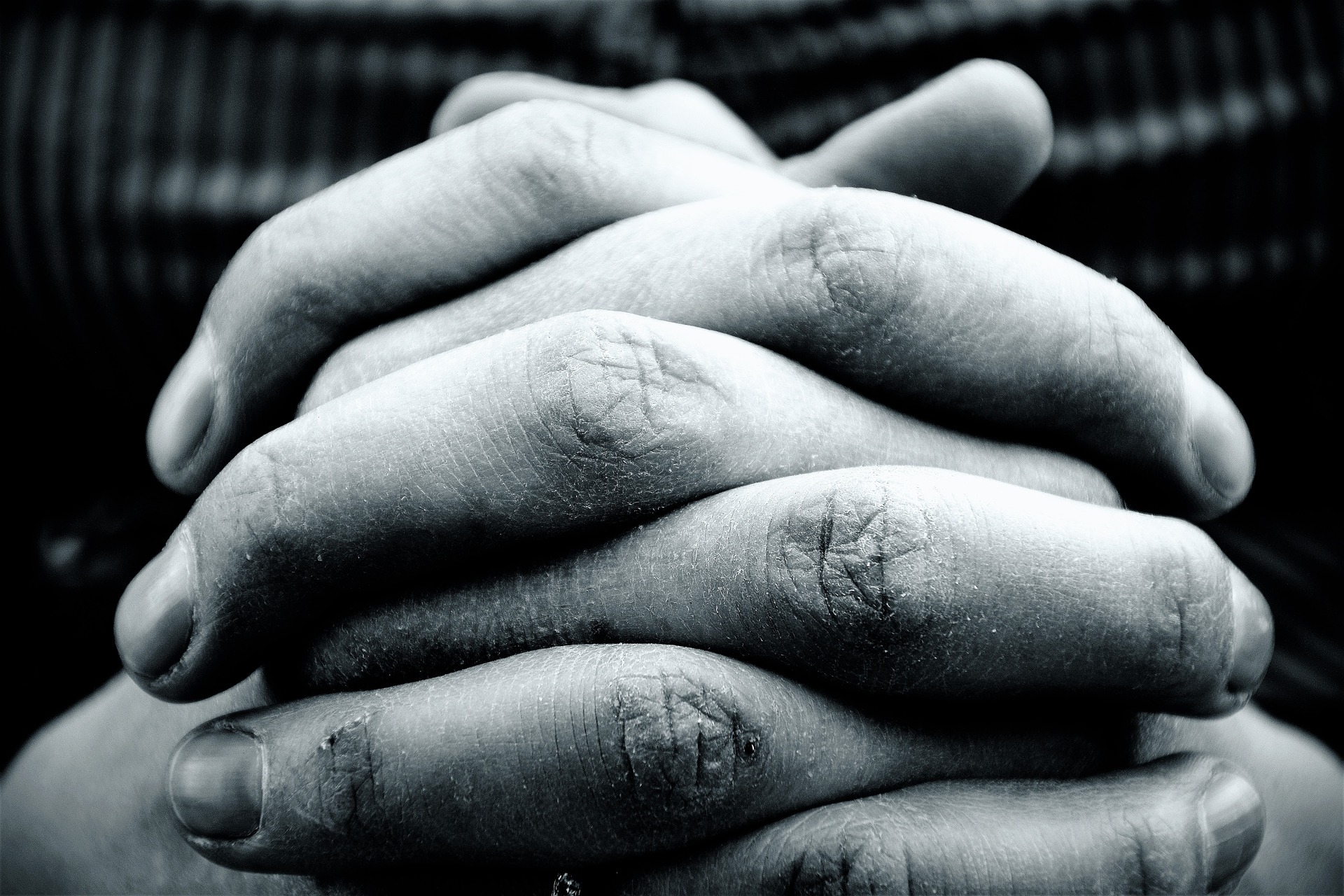 When we were little, my sister and I would take turns putting my mother's ivory-colored slip on our heads. To us, the polyester undergarment was like Mary's veil, but also like the Bionic Woman's blonde locks, which we didn't have.

Either way, it felt glorious to wear that slip like a wig. Tucking the elastic of the waistband behind my ears and pressing my two palms together in the middle of my chest in prayer, I would ask, "Do I look like Mary?" I would get annoyed when my sister pulled the slip off my head to present her version and ask the same question. Wisely, my mother never adjudicated.

Later, I remember the strict instructions of an elderly Salesian nun who prepped my second-grade class for Communion. She put her hands together near the clunky silver cross on her chest, showing us how we would walk up the aisle. The praying hands were part of the show, the physical proof that we were holy and perfect, good enough to welcome the Lord, and definitely not what we would become one day, that is, hormonal and prone to lying like everyone else.

Praying hands are everywhere. In yoga classes and in most religions, but maybe — and yes, I am biased here — maybe especially in Catholicism. Think of all those pleading hands in centuries-old paintings and statues and the way we all still kneel after Communion, heads down and hands clasped, reckoning with our faulty selves.

Are we just mimicking each other? In our Catholic milieu, are praying hands just a habit picked up after so many years of going to Mass? A learned gesture, after seeing so many holy cards and visions of saintliness, especially of the supplicant Marian variety? Or is it something deeper, something that Christians inherited from their pagan forbearers, something universally human?

I can still see the colorful images of St. Catherine of Siena in the thin paperback glossary of saints book they gave us in religion class. Her hands are clasped. Years later, I stared at the marble statue covering her bones in the Church of Santa Maria Minerva in Rome. The effigy lies in peace, hands together on her chest. A goddess in repose.

In Italian, the word pregare means to pray, but also "to beg." The Italians — I'm married to one, so I know — like to put their hands in the praying position, move them back and forth, and say, ti prego or, "I beg you" when they want you to do something, or better, when with a shrewd look in their eye they are trying to explain something and want you to believe it. As if to say: "Now please, won't you believe me?"

Yes, praying hands are begging hands, they are conciliatory. And they are nonviolent because they prove your inability to fight back. They prove your vulnerability. I find that beautiful — and useful. Maybe because putting your hands together doesn't require much, not a sinless soul or even a mustard seed of faith.

I find myself these days putting my hands together at odd moments. Like when someone on the bus is talking too loud and I need patience. Or when I suddenly realize that this sky, this sun and that person are here with me now on this Earth in a moment that will never come again. Or when I read about children who are hurting in far-off lands, or someone is executed, or another friend now has cancer.

Lord, have mercy on us all.

I touch right palm to left palm and hold them together.

I notice how this brings peace to my body. How it brings me into a realm of prayer that I wouldn't possess the key to, had I decided to force pious thoughts through my brain. With my hands clasped — and sometimes that clasping is fierce — I close my eyes. I feel my heart beating through my palms and fingertips, the two sides of my body meeting, as if the Spirit were saying, "Let her be whole again." None of this happens with words in my head. And yet it is an awareness. One that says control and power are illusions, and maybe you will never learn, but that is OK, because you cannot control that either.

But most of all, putting my hands together, I am putting everything else aside. I am paying attention, turning on a listening ear inside the cavity of my chest, where I sincerely hope God dwells, despite everything I know about myself.

"Attention taken to its highest degree is the same thing as prayer," the philosopher Simone Weil wrote and was followed years later by the late poet Mary Oliver who wrote almost the same thing, "Attention is the beginning of devotion." Our hands together are one good place to start. It's comforting to know we aren't the first humans to figure this out, and we won't be the last.

[Dani Clark is a member of the Community of Sant'Egidio and works in communications at an international development organization. She lives in Washington, D.C., with her husband and son.]

A version of this story appeared in the March 22-April 4, 2019 print issue under the headline: Praying hands are begging hands.