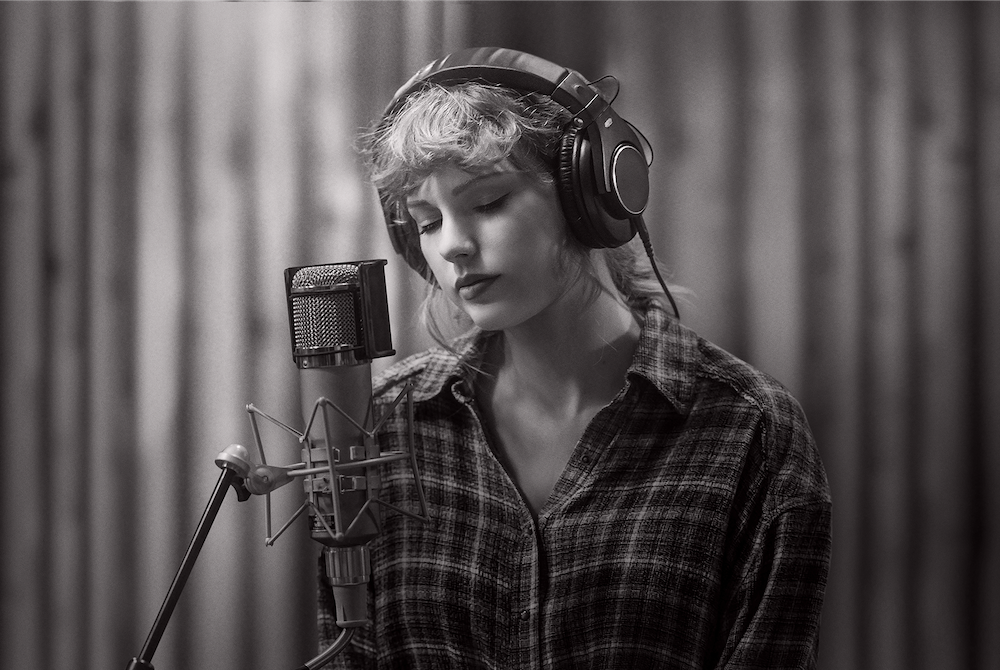 In a year many of us spent serving up homemade bread, Taylor Swift served up not one but two surprise full-length albums. Her "evermore" debuted in December 2020, the "sister album" to July 2020's "folklore."

I would be lying if I said I hadn't listened to "folklore" over a dozen times. The album has proved an unlikely soundtrack to my obsessive baking experiments, with hours spent tapping my toes to earworm pop hooks steeped in wistful melancholy.

Swift's Grammy-nominated "folklore" is a sharp sonic departure from her previous pop efforts on "Reputation," "Lover" and "1989" and maturation of her country roots. According to "folklore: the long pond studio sessions" (a Disney+ documentary), the album was recorded in a makeshift home studio, while her collaborators worked remotely due to COVID-19.

This symphony coheres under Swift's sultry alto vocals, which she has finally permitted herself to explore. "folklore" contains none of the high, belting strains of her previous records. By embracing an intimate vocal, Swift acknowledges that "folklore" will not be sung to a stadium full of her screaming fans, but to you — and only you.

"folklore" is the now-31-year-old Swift's emotionally healthiest album to date. Thirty is an age to take stock of your life so far, analyzing past relationships in light of everything you've learned, seeing your old disasters as stepping stones toward a better life, unpleasant memories fading into legends. That's "folklore." And in another departure from Swiftian form, the album is not a vengeful lyrical autobiography. In a world of lockdowns and tour cancellations, creators like Swift have had no choice but to dive deeper into their imaginations — or into fiction. The only safe place to physically go in a pandemic is the woods, which adorn the album's cover. So what do the woods hold?

Swift's sixth U.S. top single and the album's first music video, "cardigan" is an evocative metaphor of how it might feel to be a cozy sweater discarded under the bed of one who used to love you. Yet with so many strong tracks on "folklore," "cardigan" feels like an afterthought. "Betty" is a brilliant plea from a young man to his old girlfriend to take him back. This song is the first time Swift has sung from a male perspective. "exile" is a snarling breakup duet with Bon Iver's Justin Vernon. "this is me trying" is an ode to recovering addicts choosing daily to survive.

Time itself is a fixation on the album. "Time, mystical time / cuttin' me open and healin' me fine," Swift sings on "invisible string." She reflects on all the funny paths and crisscrossing threads of time that led her to her true love, actor Joe Alwyn. (He co-wrote several tracks on the album under a pseudonym.) "seven" is a love song to a childhood friend whose face Swift can no longer recall, bright and alive in memory — a folk song, trapped in time.

Swift flexes literary muscle on this album, too. The narrator of "mad woman" reminds me of mad wife Bertha in Charlotte Brontë's Jane Eyre, locked in the attic while our heroine falls in love with her husband in the manor below. "mad woman" contains one of my favorite lyrics on the album, with Swift observing drolly, "It's obvious that wanting me dead has really brought you two together."

Swift has always had something of a Gatsby obsession, which she unpacks in "the last great american dynasty," a song about her Rhode Island mansion's infamous previous owner, socialite and heiress Rebekah Harkness. Seeing herself in Harkness (whose neighbors also found her crass and loud), Swift again blends the past with her present, painting a vibrant picture of a glamorous woman who "blew through the money on the boys and the ballet." Gatsby also makes a cameo in "the 1" ("roarin' 20s / tossin' pennies in the pool.")

"folklore" would not be complete without ghost stories. In "my tears ricochet," Swift sings, "If I'm dead to you / why are you at the wake?" In "hoax," one can imagine the ghosts of Heathcliff and Catherine wandering the moors in Emily Brontë's Wuthering Heights ("stood on the cliffside screaming 'give me a reason' / your faithless love's the only hoax I believe in"). In "seven," Swift suspects that "your house is haunted / your dad is always mad and that must be why."

Official lyric video of "this is me trying" by Taylor Swift, posted to her YouTube channel July 23, 2020

For the companion album, "evermore," Swift said she and her collaborators "couldn't stop writing songs" and "chose to wander deeper in" to the forest of "folklore." The sister album's indie-folk sound features more guest vocals from Bon Iver, The National and HAIM. "evermore" also introduces new characters — Dorothea, the Hollywood hometown queen and Marjorie, Swift's late grandmother. As in "folklore," forgotten loves and illicit affairs continue to shadow the landscape, adding texture and complexity to stories we've already heard.

Stepping into the woods with Swift, I am transported to another world, occupied by problems that are not mine and characters I might have met in a dream, once upon a time. Through Swift's captivating imagination, I can escape my tiny apartment in lockdown and enter into the woods, believing that there are better worlds beyond this one, scarred by tragedy and grief. "folklore" won't fix this broken world, though it is a light, not at the end of the tunnel, but illuminating our present darkness.

"epiphany," on "folklore," is also a poignant tribute to the health professionals of the pandemic. Swift compares today's medics to soldiers (like her grandfather at the Battle of Guadalcanal in World War II): no time to sleep, unprepared for the horrors they must witness, bonded in a brotherhood of N95-bruised faces. Swift's celebrity has not insulated her from the pandemic's effects. Her eyes are open, and with them, she is seeing heroes.

When I think of 2020, I will think not of screaming round-the-clock sirens outside my Queens apartment window, but of Swift's music — melancholy strings from her guitar to my frightened ears, a lullaby in a storm, a "fire [that'll] keep your brittle heart warm."