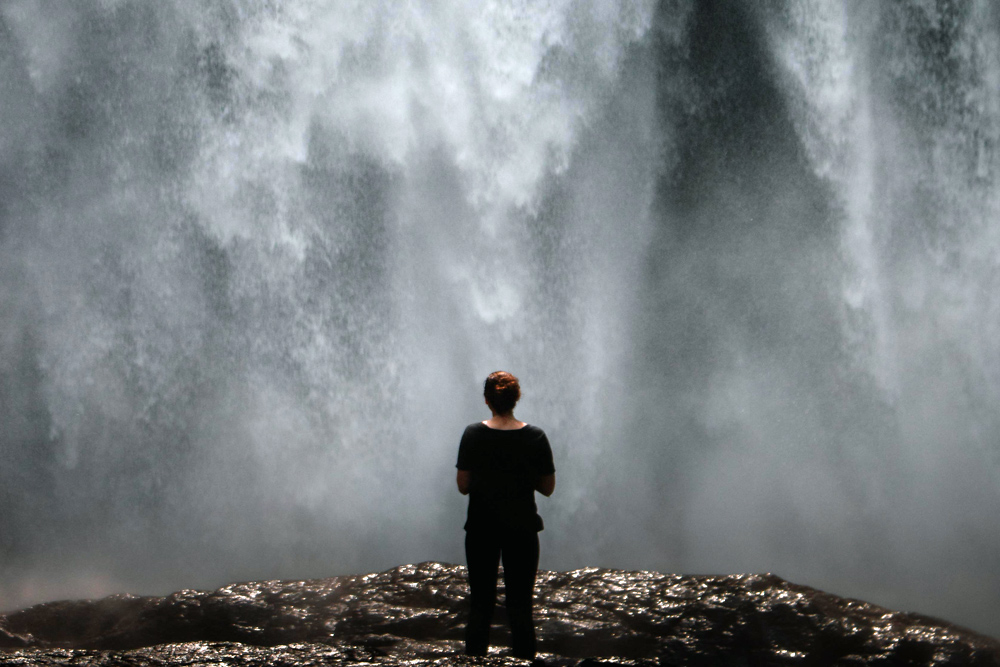 While the world around us is pushing and shoving for preference — accumulating the baubles of the time, getting caught in the rip tide of competition that comes with getting those things — simply keeping up becomes exhausting. Healthy men succumb to the late work hours that pay for all those signs of privilege. Healthy women take on one more layer of public responsibility till there's very little time left to really enjoy any of it. The whole of life becomes a stress test.

So why does anybody engage in that kind of self-flagellation? Because getting off a bucking horse feels just as dangerous as getting on one.

Which is where this week's call to humility, Benedict of Nursia's sixth century program of spiritual development, reads like a blue print for social disaster. At the same time, it may well be one of its greatest contributions to mental health in the modern world. It is an antidote to the crush of pressure, to the seedbed of envy, to continuing and underlying dissatisfaction with the self.

The sixth degree of humility is very straightforward. It reads: "The sixth step of humility is that we are content with the lowest and most menial treatment." Now there is what they call "a countercultural statement" if I have ever heard one. In this world, even small children are driven to succeed, to be chosen, to be seen as outstanding before they even know that there's anything for which they should contend. And if they do, they begin to expect the spotlight that goes with it.

On the other hand, adults live emotionally scarred all their lives because they never earned as much money as their cousins did. The woman for whom the promotion and brass plaque never come lives seared with the pain of only being a woman. Clearly, the proclamation of the sixth degree of humility is surely one of the shortest, loudest thunderclaps of public disdain for the spinning wheels of gerbil cages that contemporary society has ever known.

Benedictine Sr. Joan Chittister is using the Rule of St. Benedict to explore the question of institutional breakdown from a perspective formed over 20 centuries ago and the vision of the man who set out to restore the heart of the human enterprise. Here are the columns so far:

Day after day the media reports astound: A cabinet member expects to fly on the president's plane. The secretary of the treasury expects to take his new bride with him for a second honeymoon to Europe. Bishops of the church put themselves above the law and expect to get away with it. The president mocks people who do not applaud him or removes people who do not give him the advice he wants. Public figures everywhere talk constantly about their power, their success, their regal expectations.

After all, if life is not about plaques and profits and public acclaim, what has it been about? All the extra effort, all the useful contacts, all the assiduous networking, all the smart investment, all the public attention-getting — for what purpose if not to collect baubles and gain preference?

Or to put it another way, the day you and I stop expecting preference, favor, and superiority, what's left of life to bother about?

The power of the sixth step of humility lies in its simple invitation to join the human race. Without trappings. Without gain. Without expectations that may seem lofty, but in the end eat our hearts out.

Years ago, when I was a new nun and, if truth were known, quite delighted to have been "chosen" for so exalted a position — whatever that meant — we were sent to New York for some kind of professional meeting. One of the perks of the event was a free night out to walk through downtown Manhattan and eat out on Broadway in a New York restaurant. I had already been told which restaurant to go to and, most of all, "to go early because it takes a long time to get a seat."

It wasn't difficult to find the place. The line to the door stretched all the way around the block. "That's that," I thought. "We'll never get in." And suddenly, a waiter appeared out of nowhere and waved me and the three sisters with me to the top of the line, to a seat by the window, to a waiting server. Nuns, I learned later, were always taken out of the line and moved to the door.

It was an important moment in my life. I had just learned what it means to have "expectations" and then, several years later, when we went back again, I learned how soul-eroding expectations can become. We weren't wearing medieval uniforms then, just simple regular normal clothes. No waiter came to pluck us out of the line to take us to a table. We waited outside for a long, long time. It was that wait that taught me more about Jesus than the catechism ever managed to do.

The sixth degree of humility tells us not to harbor expectations. "Be content — content — with the lowest and most menial treatment," it says. And I could now add, as a result of my New York experience, that life without expectations is a much happier place to be.

When I don't get a seat at the head table, I find out that the food in the back of the hall is just as good as it is up front and the people around me are a lot more relaxed. If I'm not waiting to be promoted to something, I can concentrate on my work and do it well, not because I'll get a bonus for doing it, but because I love doing it. And that is enough of a reward. If I have to wait in line at the supermarket because a tired young woman with three children can't move a bit faster to get through the turnstile, I have a couple extra minutes just to stand and enjoy the quiet time. If I'm not elected chairperson of the anniversary celebration, all I have to do is just go to it and enjoy the night worry-free.

The point is that because I have no expectations of preference or status, of special service or public acclaim, I can't be hurt. I'm don't feel overlooked because I didn't stake my heart on an award. I can't fail because I'm not competing for anything. Instead, I can rejoice in everybody else's good fortune. I'm not dissatisfied with my own position in life. I'm never disappointed about anything. I am content.

From where I stand, the opportunity to be content with life is one of life's greatest gifts. Then, I can simply be who I am and where I am — nothing more, nothing less. Then all the agitation drains away. I'm not waiting for anything except more life to learn from and give to and be thankful for.

From the sixth step of humility, I learn that dissatisfaction with life comes as much from within me as it possibly can from anything that happens around me. I put down all claim to preference and special favor and I am never disappointed again.

A version of this story appeared in the Aug 9-22, 2019 print issue under the headline: Stress-test life.