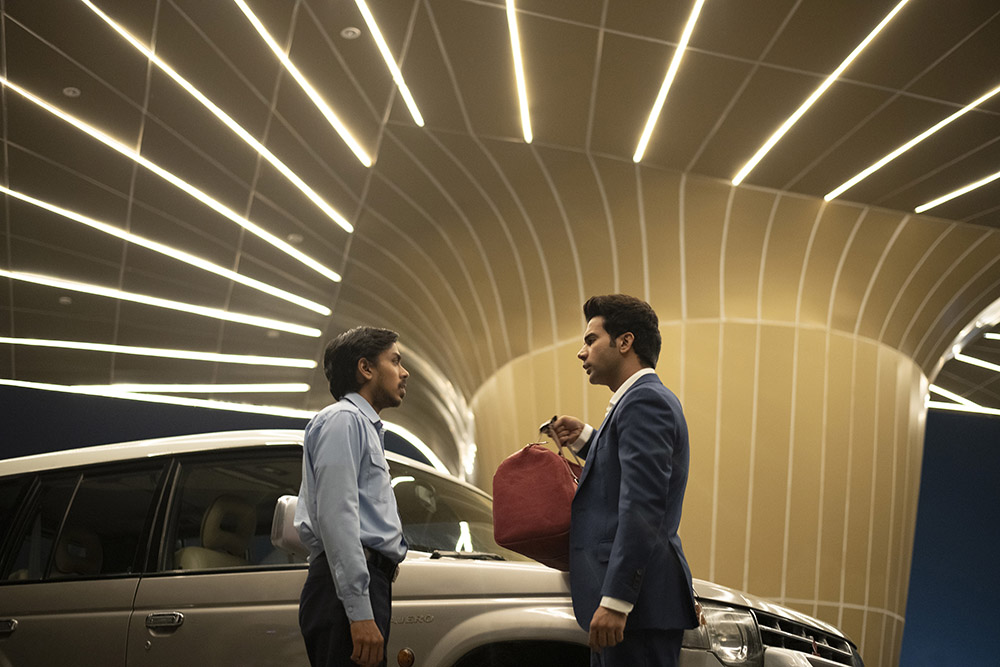 Based on the book of the same name, Iranian American director Ramin Bahrani's film "The White Tiger" features acclaimed Indian actors like Priyanka Chopra and Rajkummar Rao. However, it is relative newcomer Adarsh Gourav who steals the show. He plays the film's central character, Balram Halwai, a poor villager who is willing to climb the social ladder at all costs.

As a student of a school with no esteem, he impresses a school inspector with his intelligence. He finds him to be the only bright child in a classroom of ignorant children, and the man dubs him a white tiger, a rare creature that "comes along only once in a generation." He promises him a scholarship in a good school, but the promise remains unfulfilled. Balram foregoes his schooling when he drops out to pay off his father's debt.

Even at a young age, he knows enough to escape the fate of his father and brother, both of whom are under the thumb of his grandmother. Balram resolves that even though he is uneducated, he will improve his station in life. He sets out to become the kind of person the working-class covets: a servant.

He is immensely resourceful and convinces his cunning grandmother, Kusum, to part with some money so that he can learn to drive. Then, he finds an opportunity to get hired as a driver in the city by the Stork, the village landlord. To his relief, his master is Ashok, the landlord's kind younger son. 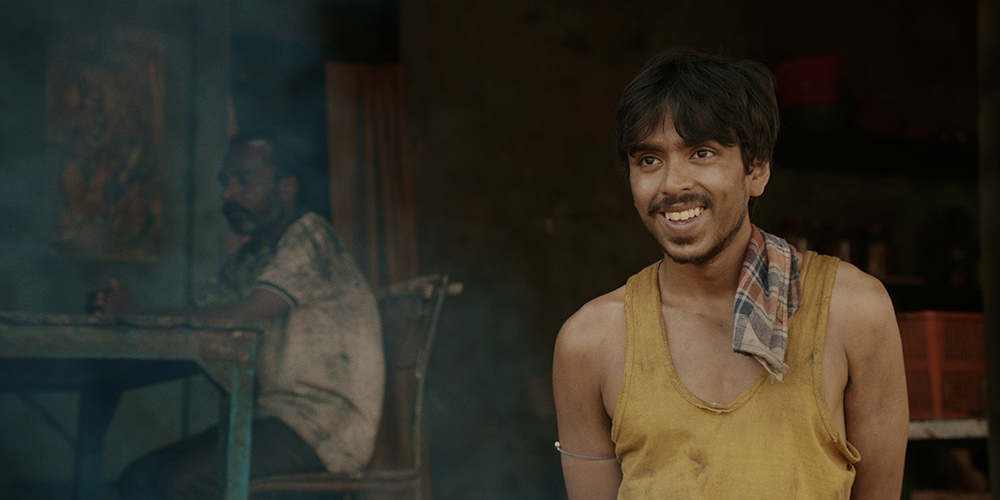 Adarsh Gourav as Balram in "The White Tiger" (Netflix ©2021)

At first, Balram seems satisfied with his fate; after all, he surpassed his father and brother by choosing a better job. Moreover, Kusum does not control his life, especially after his job takes him to the capital of India, Delhi. But over time, he realizes how much the rich abuse their power, which gives birth to a slow-burning rage within him.

Still, he believes that his master is kind, so something in him breaks when he sees that Ashok's kindness is ephemeral. In one of the film's most poignant scenes, he realizes that Ashok can be just as cruel and entitled as the Stork when the situation calls for it.

When Ashok's wife, Pinky, does something incriminating, the "woke" Ashok lets his driver take the fall. To keep his family from being slaughtered like pigs, the helpless Balram agrees to confess without getting anything in return.

By a stroke of luck, he escapes punishment and remains a driver. But the damage is done — and it is irreversible. As Ashok was ready to discard him like some object, there is no more loyalty left in the heart of the formerly ready-to-please servant. 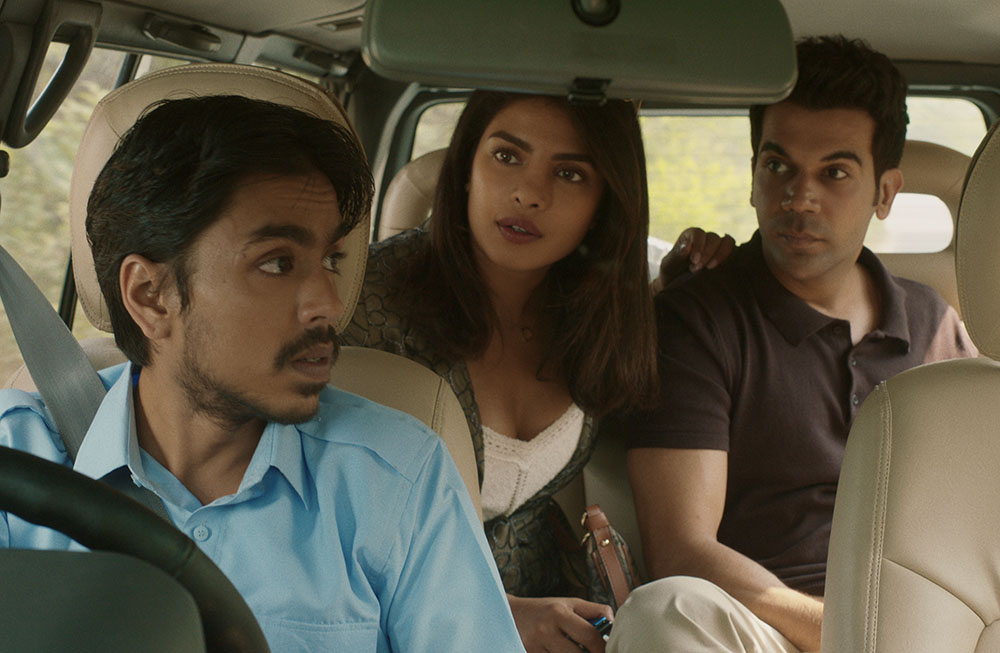 On learning the ruthlessness of his employer, the white tiger unleashes his fury. However, he makes sure to keep his rage a secret from his oppressor. He begins to get back at Ashok by learning tricks from other drivers who con their masters. Yet earning rupees on the side is not enough to lift our white tiger out of poverty, nor does it justify his suffering.

As luck would have it, he finds out that Ashok is secretly looking for a new driver to replace him. This fresh betrayal and the fear of being plunged back into abject poverty push him to do an unthinkable act.

Balram destroys his moral fiber, but it is also why he emerges as a man fully in charge of his destiny. Even though he becomes a wealthy entrepreneur who undermines competitors and greases palms, he never once stoops to exploit his employees.

In a time that has exposed and continues to expose the horrors of class and race inequality, "The White Tiger" is a breath of fresh air.

In the film's world, it is the poor, brown, uneducated man who comes out on top against all odds. Yes, he is an antihero with questionable morals. Yes, he does some unconscionable deeds to break free from generational poverty. But what makes him relatable is that just like any ordinary person, he wants to live well. When you can no longer tolerate the abuse that comes with being on a low rung of society, maybe you have to do whatever it takes to climb the ladder — to survive.

While it is disappointing that "The White Tiger" barely touches upon casteism, this is precisely why it has universal appeal. Since the caste system is unique to India, international audiences can only sympathize with but not understand the lower-caste individual's plight. On the other hand, classism is something that people worldwide understand, relate to and rage against.

After the end credits roll, viewers are left with a volley of questions well beyond the scope of the film. Should the rich be held legally accountable for how they ill-treat the poor? To what extent will the marginalized withstand oppression until they retaliate in kind? Does one have to lose their conscience to rise to the top in today's world? How can we rebuild a system stacked in favor of a privileged few?

With its powerful and realistic storyline, simple and evocative metaphors, and an eternal battle between the rich and the poor, "The White Tiger" is a cinematic masterpiece.

This perfect amalgamation of entertainment and social commentary rightfully deserves its nomination for the 2021 Oscars later this month. Sure, it will leave you with a bitter aftertaste in your mouth, but then, truth is often bitter. And maybe, it will serve as a compelling cautionary tale for employers to treat their employees like fellow humans rather than disposable commodities.