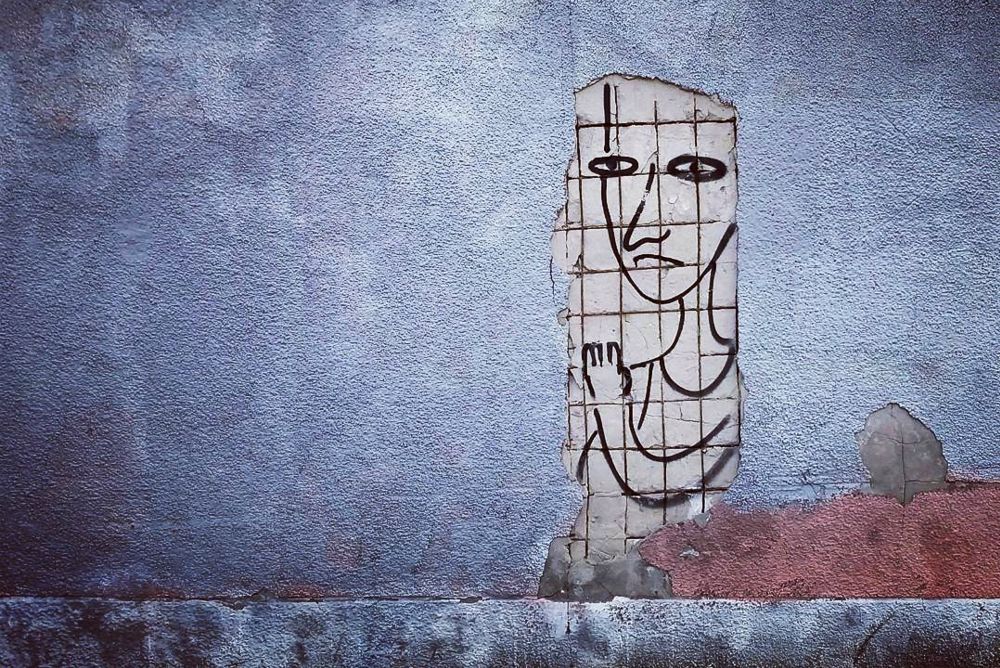 The Twitter video is short and cryptic. "Burritos or not, I'm not eating today," declares the speaker, only partially visible. Without context, it's impossible to tell what's going on, but according to True Leap Press, the short clip shows Heriberto Sharky Garcia, one of the prisoners refusing food as part of the prison strike that began on August 21. Prisoners in Washington, Georgia, South Carolina, North Carolina, California, Ohio, Indiana, New Mexico, Florida, and Nova Scotia have joined the strike over the last week: absenting themselves from work, boycotting the prison commissary, and in some cases, hunger striking.

The striking prisoners have a list of 10 national demands, to which some prisons have added local demands. Among them is the abolition of the labor practices that some have called modern-day slavery. A prisoner in North Carolina writes:

The average cook or waitress is paid around $9.50 an hour for the same duties done by us in these prison kitchens for 45 cents a day. That's not even 2% of the minimum wage. … Maintenance crews and plumbers are paid anywhere from $14-20 an hour. But you work in feces-infested waters all day for one dollar a day. Comrades you're slaving all day for one soup and a honeybun! You're slaving all day to finance your own incarceration as well as others'.

Working for pennies on the dollar barely allows prisoners to buy themselves commissary items like snacks, postage stamps, or tampons. It's nearly impossible to build savings at current pay rates; coupled with the difficulty of finding stable employment as a convicted felon, they make prospects for a stable financial future post-release extremely bleak.

Prison wages also make it difficult to contribute to the financial security of family members on the outside. Sixty-two percent of female state prisoners and 51 percent of male prisoners report having children under 18. Prisoners are unable to participate in their children's daily lives, and in many cases, negligible wages also prevent them from at least making a remote contribution to their family's material well-being.

In fact, prisoners often depend on loved ones to sustain relationships while incarcerated. A 15-minute phone call can cost more than $18, which is usually paid by the person calling. And as some prisons switch to digital visits only, maintaining connections may only get more expensive.

Given the difficulty of securing a sustainable financial future and the financial (let alone emotional) stresses placed on relationships, rehabilitation is an uphill battle. (According to one study, the five-year recidivism rate is over 75 percent).

More support in rehabilitation is key to several of the national strike's demands:

7. No imprisoned human shall be denied access to rehabilitation programs at their place of detention because of their label as a violent offender.

9. Pell grants must be reinstated in all US states and territories.

The Pell grants that many students rely on to pursue a college education are not currently available to prisoners. According to some studies, education can help reduce recidivism, but it's also a broad human good. The conviction that prisoners are human beings and should be treated as such is foundational to the strike's principles and goals, according to Jared Ware, the media coordinator for Jailhouse Lawyers Speak.

Jailhouse Lawyers Speak, the organization coordinating the strike, is a collective of prisoners that provides education and advocacy for other incarcerated people. They announced the strike after a riot at Lee County Correctional Institution in South Carolina left seven prisoners dead.

The strikers have learned from a 2016 nationwide strike, whose leaders suffered reprisals, says Ware. Rather than risking punishments like solitary confinement by speaking directly to the press using their real names, strikers are getting the word out through anonymous statements on collective websites.

This is the peculiar problem of a prison strike: news leaks from a prison slowly, coordination across multiple confined locations is difficult, and correctional officers exercise a degree and intimacy of control over prisoners' lives that surpasses most workplace managers'. Thus, a unique danger of a prison strike is that all the risk and suffering you incur, you incur alone — often literally, in solitary confinement for weeks on end. Isolation is a powerful tool of control, which is why the prisoner in North Carolina cited above proposes mutual aid:

And for Christians, solidarity is not just a powerful political tool, but a command laid on us by the Gospel, in Matthew 25:

Then the King will say to those on His right hand, "Come, you blessed of My Father, inherit the kingdom prepared for you from the foundation of the world: For I was hungry and you gave Me food; I was thirsty and you gave Me drink; I was a stranger and you took Me in; I was naked and you clothed Me; I was sick and you visited Me; I was in prison and you came to Me."

The strikers need people to advocate for their policy goals, which include the enfranchisement of felons, as well as the repeal of the Prison Litigation Reform Act, the "truth in sentencing" laws, and the 1984 Sentencing Reform Act.

Each individual's political conscience will determine the support they give to any particular bill, as well as any donations they make to the strike. But everyone, of any persuasion, can write to the strikers: hear in their own words what they are facing and what they hope to achieve, ask what their needs are, and offer messages of love and support. And from now until the end of the strike on September 9, everyone can lift the strikers up in prayer: that, as the Incarcerated Workers Organizing Committee puts it, "prisoners are safe, that they can have hopes and dreams for the future, that they can build towards redemption, rather than being condemned to a slow death inside a concrete box."