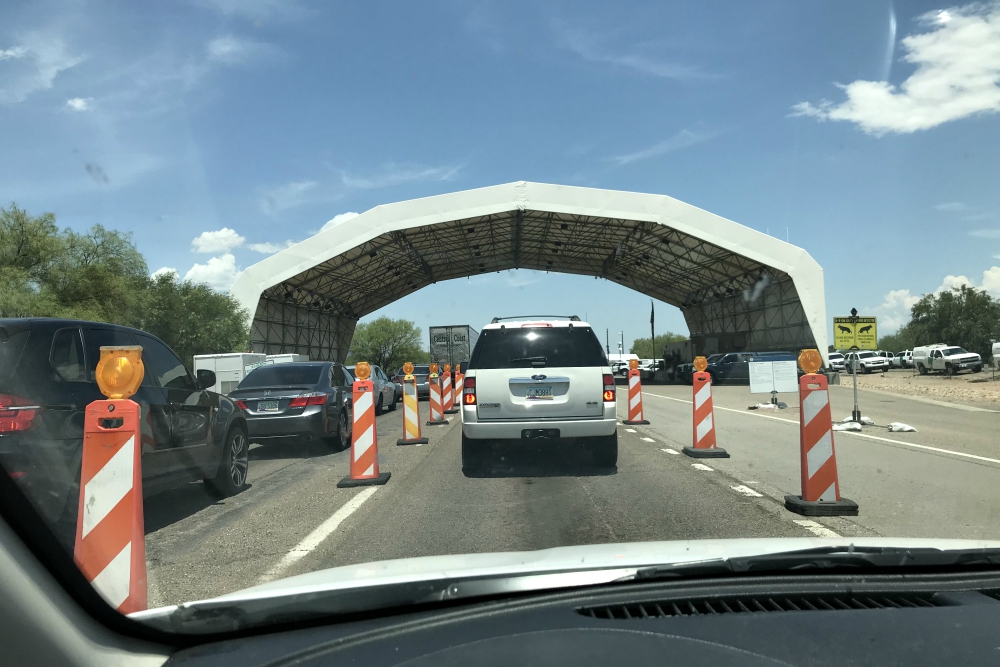 Approaching the U.S. Border Patrol checkpoint where cars are stopped on the way to Tucson, Arizona, from Mexico (Tracey Horan)

Finally, I have a room. I mean, a room where I'll be staying for more than a month or six weeks — where I can hang things on a wall for a while. It's taken me nine weeks and three moves to get to this "forever-for-now" room, and I'm so grateful.

It's led me to think a great deal about how we as humans grow accustomed to changes. Whether I moved across the hall or across the country, every move over the past months has brought some annoyances at first, some things I wasn't accustomed to. New noises, a new bed, new routines, new expectations and new unwritten rules. When it came time for the next move, though, I was always sad to leave the many things and people I had become accustomed to, even those that had irked me at first.

I'm fascinated by the human capacity to both resist change and also adapt to it. I pondered this as I waited in line to cross the U.S.-Mexico border on foot from downtown Nogales, Sonora, to Nogales, Arizona, for the first time several weeks ago. I had gotten the rundown from a friend, so I knew more or less what to expect. I knew I would have to wait in line. I knew it would be hot. I came prepared with some emails to look at on my phone that would entertain me for a while.

After about 10 minutes standing in the blazing heat with a hundred others, I looked around and started to get mildly annoyed. Look at all these people spending an hour of their day — some of them twice a day every day — at the mercy of federal agents. What kind of power trip is this? How are people OK with this? Is there really no better way?

I started seething. When I was finally able to enter the area where we would be checked one-by-one by U.S. Customs and Border Protection agents, I became even more angry. The agent that would be checking my documents was casually chatting with a colleague, as if none of us had anywhere to be. As if we hadn't been standing in the heat for an hour. When I got closer to the front, I noticed there was a young girl who kept pulling on her mom and was near tears. It became clear she really needed to go to the bathroom. Everyone in the line seemed to notice, but not the agent. Finally, when the girl started sobbing, someone got the agent's attention and he did let her go to the bathroom. But, boy, by then was I furious.

As I walked away shaking my head about the abuse of power and lack of human compassion I had just witnessed, I realized that no one around me had seemed as bothered as I was. "Of course," I thought, "they do this every day. They're used to it." And that scared me. This is normal here.

Of course, for people who live within 100 miles of the U.S.-Mexico border, the surveillance, having your photo taken every time you cross, seeing Border Patrol vehicles everywhere, passing through checkpoints and having to announce your citizenship — this is part of daily life. Some I've met describe living here as a low-grade war zone, especially as militarization has ramped up in the past decade. Constitutional rights seem optional here, as federal agents have special privileges to information.

I realized that over time I would likely find this normal, too. I was both grateful for and resentful of that truth. I prayed that I would remember the way I felt that day, and that those feelings would fuel my resolve to demilitarize such a beautiful place.

This week when I crossed the border from Mexico to the U.S., this time by car, the agent who questioned me seemed to have a chip on her shoulder. She rattled off questions, barely waiting for my response: Where are you coming from? How long have you lived there? Where are you going? Who are you going to see? What will you be doing there? Who does this car belong to? (You can imagine that if these are the questions asked of a young white citizen with an Indiana accent, the questioning would be more intense for a Mexican national, a citizen with an accent, or any person of color.)

Were this weeks ago, I would be fuming about having to share so many personal details with a federal official, who has been given permission to ask me anything, or further interrogate or search me if I refuse their questions. Driving away, I was annoyed but not surprised. My reaction had an air of "just another day" to it.

Some might say this is progress. And truly, going through such questioning without an intense emotional response is an important coping mechanism for many people who live in border communities. But it makes me deeply afraid of what we have come to accept as normal.

Over the past seven weeks in my new ministry as education coordinator for the Kino Border Initiative, I've seen hundreds of courageous people adapting to sometimes impossible situations: people fleeing violence, political unrest and poverty in Central and South America; people emerging from months of detention after living decades in the U.S.; people detained by Border Patrol after 15 days of walking through the desert. The human ability to adapt creatively is miraculous in these spaces as people seek work, places to stay and ways to connect to relatives. All this in a city many couldn't have found on a map before they started their journeys. In this way, human adaptation is beautiful. 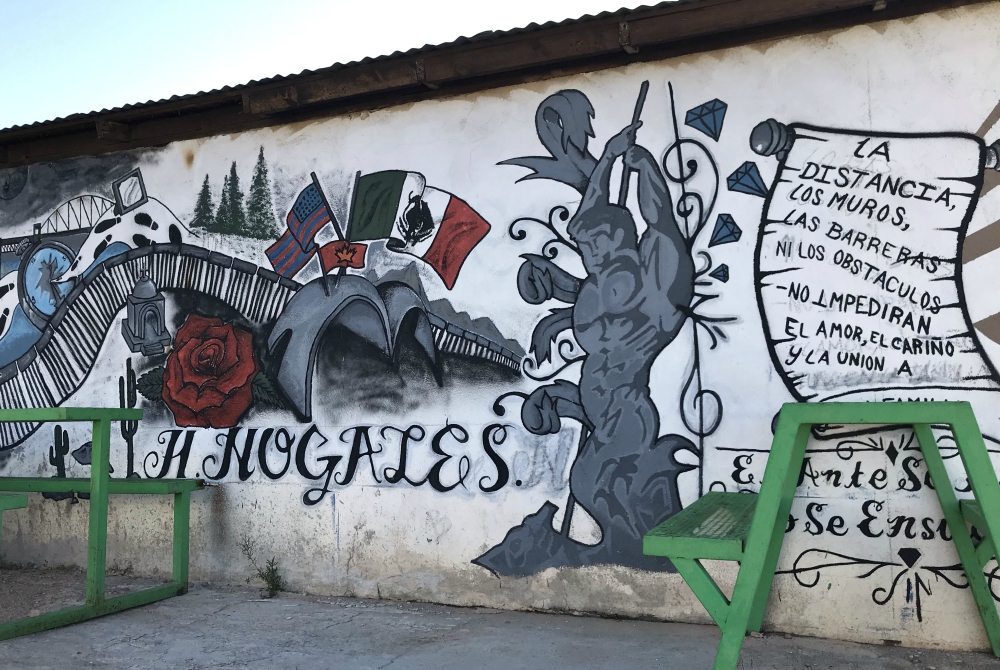 Yet I fear the reality to which many of us in the U.S. have become accustomed. We accept systems that say white people and people with citizenship have rights but others don't. We don't question invasive interrogations and searches at the border because that is just the price we pay for what we call "security." Over time, it's just one more thing: It's just another murder of an unarmed black man by police; it's just another mass shooting; just another child who's died in a concentration camp. What have we become accustomed to? And what would our responses look like if we didn't accept this as normal?

I imagine our brother Jesus seeing us now the way he saw the apostles the night they spent in the garden before his death. I imagine him thinking, how could they sleep now, at such a crucial time? And yet with each reproach, each call to stay awake, it grew later. The apostles' resolve grew weaker.

I'm so aware that this is not the time to sleep. And I'm grateful for so many who have stayed awake and continue to raise their voices and rally their people in lots of creative ways. Yet I fear that the slow and steady campaign to demonize immigrants and people of color in the U.S. has reached a pitch that the cries of opposition cannot match. There are so many willing spirits, but our flesh is weak.

I'm afraid of the danger of complacency, both in myself and in others. I wonder: How can we adapt without becoming numb? How can we open our ears and hearts to the unique call of this moment without letting in all the angry shouting? I pray with this question, and in some ways I find myself living it every day. Together, in this moment, may we watch and pray, and not be found sleeping.

[Tracey Horan is a member of the Sisters of Providence of St. Mary-of-the-Woods, Indiana. She is the education coordinator at the Kino Border Initiative in Nogales, Arizona, and Sonora, Mexico.]