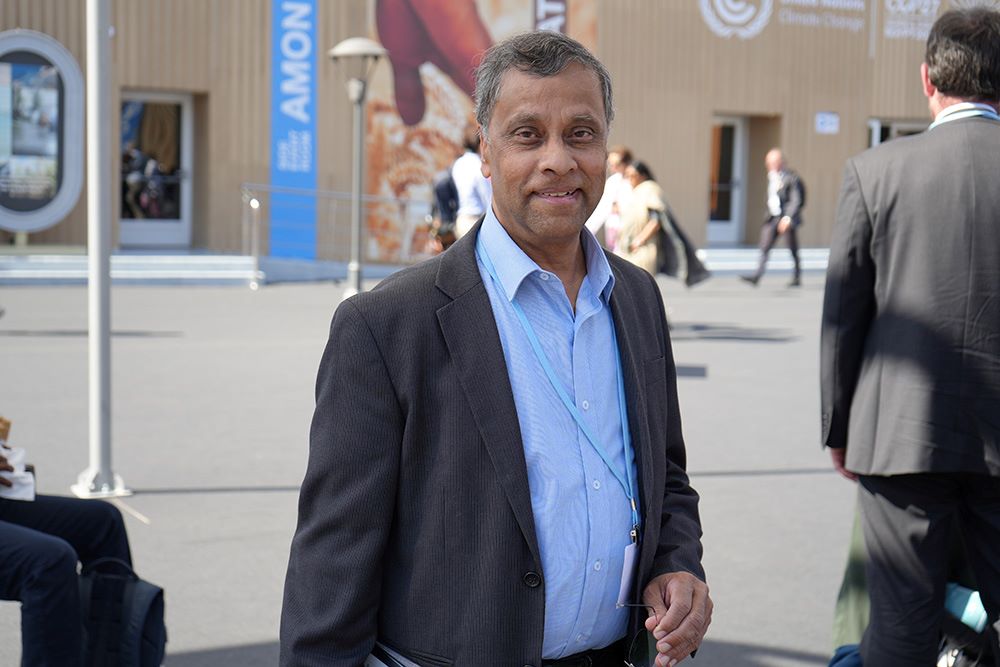 Aloysius John, secretary general of Caritas Internationalis since 2019, was removed Nov. 22 from his leadership of the humanitarian and social services confederation. He is pictured at Nov. 10 at COP27, the climate change conference held in Egypt's Red Sea resort of Sharm el-Sheikh. (NCR photo/Doreen Ajiambo)

Pope Francis on Nov. 22 initiated a major shake-up within the Catholic Church's leading humanitarian and social service confederation, removing its top leadership in response to an internal review process that reportedly revealed serious management and morale issues inside the organization.

A two-page statement released by the Vatican's Dicastery for Integral Human Development, which oversees the body known as Caritas Internationalis, said that while "no evidence emerged of financial mismanagement or sexual impropriety … real deficiencies were noted in management and procedures, seriously prejudicing team-spirit and staff morale."

The Vatican statement said the review process began earlier this year to assess the leadership's "alignment with Catholic values of human dignity and respect for each person" and that the confederation of 162 relief, development and social service organizations around the world would now be under the temporary leadership of Italian businessman Pier Francesco Pinelli.

Pinelli, who had previously served as a member of the Vatican commission that overhauled the Dicastery for Promoting Integral Human Development in 2021, immediately succeeded Caritas' secretary general Aloysius John.

John had served as the body's chief executive officer, or general secretary, since 2019. According to the Nov. 22 Vatican communique, the terms of office of all Caritas leadership positions would "cease" during the temporary administration, which will be in place until its General Assembly in May 2023.

Caritas positions named as now vacant included secretary general, treasurer, and ecclesiastical assistant. The entire seven-member executive board was also ousted, as were the organization's president and vice president.

Filipino Cardinal Luis Antonio Tagle had served as the organization's president since May 2015 and was reelected to that role in May 2019.

The Vatican said new elections for president, general secretary and treasurer would take place during the May 2023 assembly.

A Nov. 22 article in Vatican News, the church's official communications platform, said that Pope Francis' decree announcing the new leadership changes was read aloud by Tagle on Nov. 22 during the confederation's plenary meetings in Rome.

According to the report, the announced leadership changes were met by applause by those participating in the Nov. 21-22 gathering, which John did not attend.

Tagle, pro-prefect for the evangelization department within the Vatican's Dicastery for Evangelization, will continue to serve as a liaison with Caritas during the temporary administration.

During the interim period, Pinelli will be assisted by economist Maria Amparo Alonso Escobar, who currently serves as head of advocacy and campaigns for Caritas Internationalis, and Jesuit Fr. Manuel Morujão, who will provide spiritual support for the staff.

Tagle, according to the Vatican News report, told those gathered that the changes are a moment for "facing our failures" and "to walk humbly with God and to a process of discernment."