Adorers 'disappointed' in dismissal of lawsuit against pipeline, plan to appeal 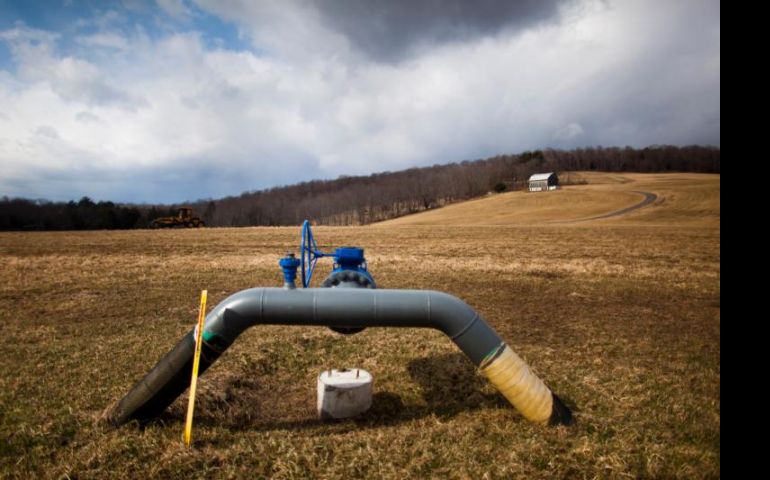 A gas pipeline juts from the ground at a farm near Dimock, Pa., in this 2012 file photo. Atlantic Sunrise is proposing to run a similar pipeline for natural gas through property owned by the Adorers of the Blood of Christ religious congregation in Columbia, Pa. (CNS/Jim Lo Scalzo, EPA)

The Adorers of the Blood of Christ in Columbia, Pennsylvania, have been handed another legal defeat.

On Sept. 28, a district court judge dismissed the sisters' lawsuit that claimed the construction of a pipeline on their property was a violation of their religious freedom. In his ruling, Judge Jeffrey Schmehl said the Adorers failed to follow the proper procedure for making a claim under the Religious Freedoms Restoration Act and, even if they had followed the proper procedure, the District Court was not authorized to hear such a case.

In a statement sent to Global Sisters Report, the Adorers said they were "disappointed" with Schmehl's ruling and plan to appeal.

"At issue in this case is the Adorers' deeply held religious belief that the Earth is God's creation," they said. "The development of large-scale fracking operations and construction of new pipelines as proposed ... will only accelerate the damage to the Earth and cause great harm to all of God's creation. The poor and most vulnerable will experience the greatest harm."

EarthBeat | Adorers 'disappointed' in dismissal of lawsuit against pipeline, plan to appeal

Cardinal Rodríguez at Georgetown: Without Paris climate deal, 'some countries will not have a future'

Season of Creation Daily Day 4: How much do we need?

Turkson meets with opponents of GMOs, pledges study of issue