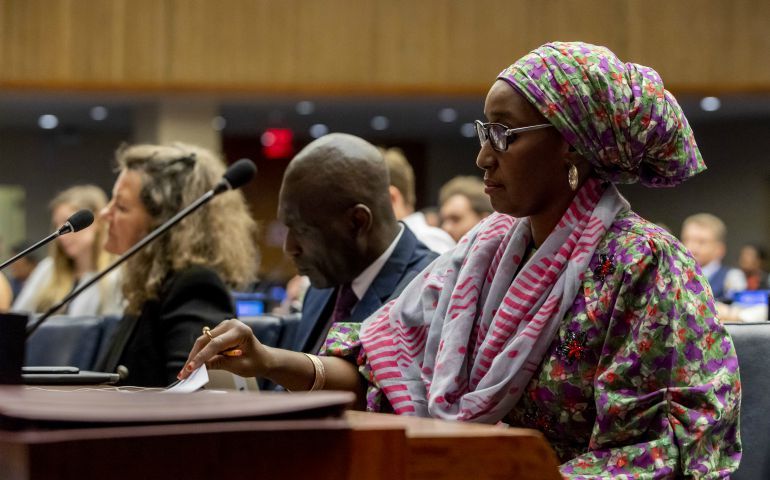 New York — Editor's note: Global Sisters Report is focusing on the efforts of sisters to end human trafficking as Talitha Kum, the international anti-trafficking network of religious, marks its 10th anniversary and launches its Nuns Healing Hearts campaign. The special series will run periodically through September, when Talitha Kum will hold its first general assembly. Since its founding in 2014, GSR has dedicated a section of its coverage to sisters who in various ways fight human trafficking. Read all of our coverage.

When the world commemorates the United Nations' World Day against Trafficking in Persons on July 30, it will focus on crimes the global body says exploit "women, children and men for numerous purposes including forced labor and sex."

It will also serve as a reminder that international efforts to stop human trafficking are gaining visibility, attention and support throughout the world.

Though there is not a ground zero for such efforts, the fact that the United Nations passed a resolution in December 2013 marking July 30 as an annual international day to focus on trafficking makes the global body an important ally and even clearinghouse for the campaign against human trafficking.

But the efforts don't begin or end there.

And in rural Canada, Grandmother Isabelle Meawasige, an elder of the Serpent River First Nation, is working with other elder women to stop human trafficking and sexual exploitation among indigenous communities. The 12 elders from Ontario's North Shore, Manitoulin Island and Sault Ste. Marie make up the Grandmothers Council, or Kii Ga Do Waak Nookimissuk in Ojibway.