In Appalachia and Wisconsin, two approaches to the opioid crisis 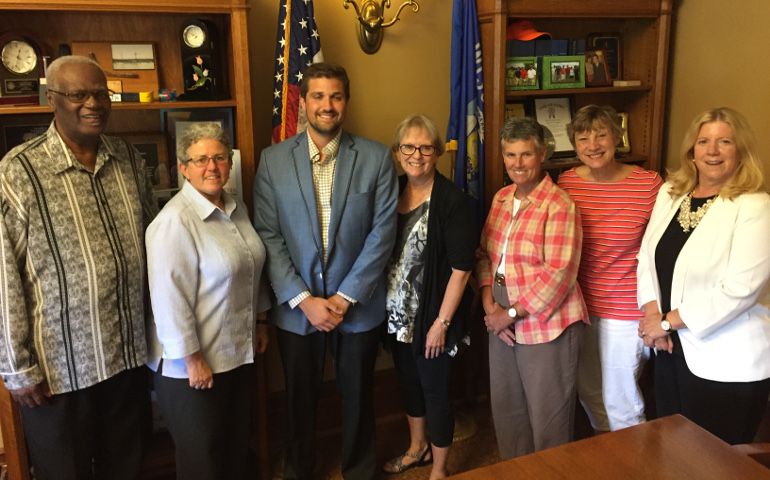 In the gritty depths of the strip-mining South and in a university town in the Midwest, two Catholic sisters are working to create a future in which opioid addicts have options beyond the next fix. Beth Davies, a Notre Dame sister in Montreal, has worked for decades for health care and social justice in Appalachian Virginia. Julie Schwab, a Sinsinawa Dominican nun, is developing a residential choice for addicts in Wisconsin.

They don't know each other — but, from the way their friends and coworkers describe them, they share one strikingly similar trait: They don't give up easy.

The numbers of lives stolen by the opioid epidemic rampaging through America — a peak of nearly 200 a day in 2017, according to Centers for Disease Control and Prevention data — are so staggering that it's easy to lose sight of those working on the front lines of the crisis every day to change the script. Some offer medical intervention or a therapeutic circle in which to pursue recovery. But others, particularly those like Davies and Schwab who identify with a faith community, offer something less tangible but arguably as valuable: hope.

In Dopesick, (Little, Brown and Co., 2018), journalist Beth Macy offers an unsparing exploration of the forces behind an opioid crisis that shows little signs of abating. The opening chapters chronicle the role played by Purdue Pharma and its 1996 all-hands-on-deck effort to market its newest pain drug, OxyContin, in one of the nation's poorest regions, Appalachia.

Focusing on economically distressed areas in which mining and logging had already taken their toll in injuries, the Stamford, Connecticut-based company sent a flood of sales representatives to persuade local doctors that OxyContin was less addictive than what they were prescribing already, says Macy in a phone call.

"They were claiming it wasn't addictive and it was," says Macy. "It was like a nuclear bomb going off."

As Macy described it, pushback to the pill blitz came from an unlikely quarter.

"The first real dissent would come soon, though, in the unlikely form of a country doctor and one thoroughly pissed-off Catholic-nun-turned-drug counselor," Macy wrote in her book that often features Davies.

Asked how she feels about that description, Davies is silent for a few seconds. Then she chuckles: "I guess that's right," she says.

| In Appalachia and Wisconsin, two approaches to the opioid crisis