Skip to main content
News
Spirituality
A version of this story appeared in the July 18-31, 2014 print issue under the headline: As big as the universe: Teilhard's evolutionary vision of Christ. 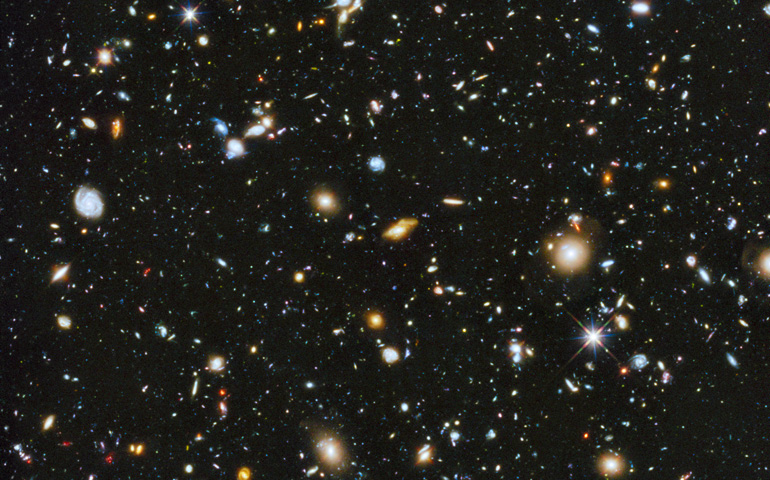 Astronomers using NASA's Hubble Space Telescope have assembled a comprehensive picture of the evolving universe. The Hubble Ultra Deep Field 2014 image (a portion is shown here) contains approximately 10,000 galaxies, extending back in time to within a few hundred million years of the Big Bang. (NASA)

Christ today is not just Jesus of Nazareth risen from the dead, but rather a huge, continually evolving Being as big as the universe.

Such was the vision of Pierre Teilhard de Chardin, the French Jesuit who died in 1955. One of the most influential Catholic writers of the 20th century, he attempted to integrate spirituality, his Catholic faith, and science within the context of the postmodern world.

As a theologian, geologist and paleontologist, his credentials were considerable. But for his revolutionary thinking, he found himself up against the Congregation for the Doctrine of Faith, which did not allow his most important writings to be published in his lifetime.