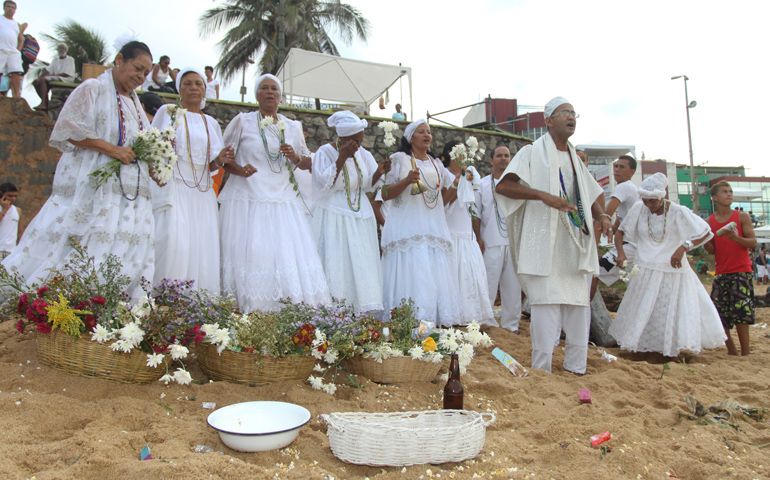 Candomblé devotees take part in rituals and offer gifts to Yemanja, patron of the ocean, in Salvador, Brazil, in 2012. (Newscom/Agencia Estad/Picture Alliance/Ricardo Cardoso)

Cultivated in Brazil as early as 1549, the Candomblé faith is best described as a blend of African traditions and beliefs established as its own religion. Nearly 465 years after its founding, Candomblé remains an integral part of Brazilian culture.

Despite having little in common with Roman Catholicism, Candomblé has, for centuries, been successfully fused in the faith lives of many of the country's Catholics.

Though entirely of African descent, Candomblé exists only in Brazil -- primarily in Salvador, Rio de Janeiro and the country's northeast coast.