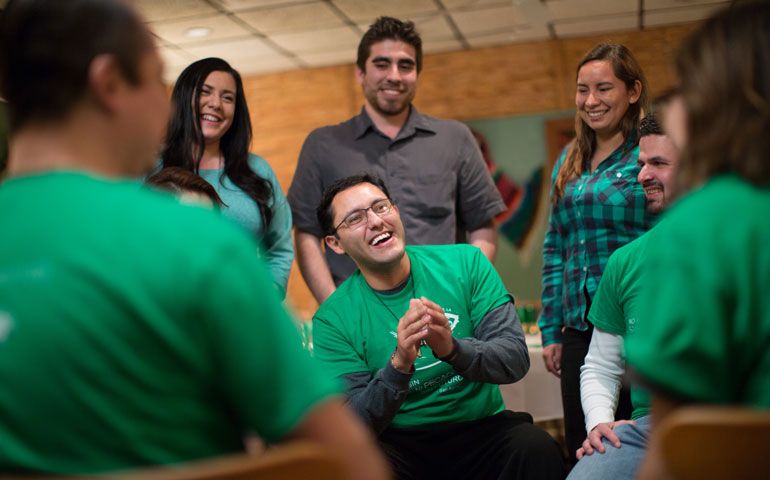 Although priests may no longer hand out Communion from railcars, Catholic Extension's mission hasn't changed much in the 111 years since it began serving the poorest areas of the United States, according to Fr. Jack Wall, president of the U.S. home mission society.

Fr. Francis Clement Kelley founded the program, originally called the Catholic Church Extension Society, in 1905 as a way to fundraise and support the poorest Catholic communities in rural and isolated areas. "We have built up the center [of the church]," Kelley said, "and in our confidence have allowed the wings to become weakened -- and have neglected the outposts."

Kelley saw Catholic Extension as a way to promote the "missionary spirit," while also building churches and supporting priests.

The first Catholic Extension mission got creative when meeting people on the margins. Mass was celebrated in railcars in the Western frontier towns next to the rails. When people couldn't be reached by rail, motor chapels were sent.

"They had the railroad cars where there were no churches," Wall said. "The railcars became very affordable chapels."

Two years following its inception, Catholic Extension moved its headquarters to where it still stands in Chicago. Kelley also created Extension, a quarterly magazine that is still in circulation and features the stories of those in their missions. Fast-forward another five years into its ministry and Catholic Extension was designated a papal society.

Today, Catholic Extension serves 90 dioceses and more than 11 million Catholics within them. These dioceses are the poorest in the country, with many having "Third World conditions," said Wall. Out of 195 total Catholic dioceses and archdioceses in the United States, Wall said that Catholic Extension has served 175 of them at one time during the program's lengthy history.

Wall believes there are distinct reasons for the continued success of the program, and it all has to do with the people they serve.

"The two things we do is sustain communities and build up the future of the Catholic church. We help sustain people who are very believing people," he said, adding that the areas they serve "tend to be filled with people who lack resources but have a lot of faith."