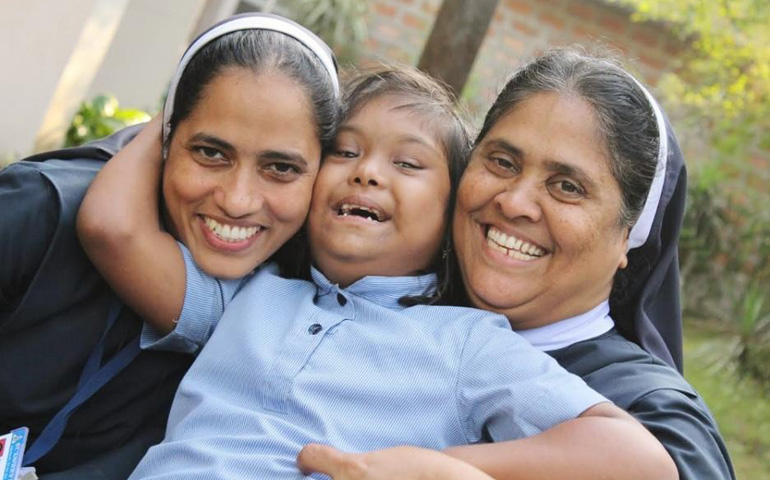 Joshua Rocha was all excited as he prepared to travel to Canada with his mother and grandmother. A trip to Canada this spring was what his grandmother had promised him for passing the 10th grade.

But no one thought he would do it this soon.

Joshua suffers from Hippocampal sclerosis, a neuropathological condition. His mother, Irene Rocha, believed it might take another 10 years to pass the 10th grade in the regular school that rejected her son as a failure. But then they found St. Xavier's Academy, where Joshua will join the 11th grade after he returns home from Canada.

"It is where we can see our differently abled children get on the road to self-sufficient living," Irene Rocha, 38, told Global Sisters Report.

Xavier Academy, as it's known informally, is managed by a group of Holy Family Sisters in Old Goa, western India. Its two-story building is situated at the center of a 4-acre accessible campus, and the school has transformed the lives of hundreds of differently abled children since opening in 1987. Its reputation has spread throughout India, so much so, that admission seekers come from as far away as Assam, some 2,050 miles to the northeast.

Currently, 217 differently abled children study there. Three Catholic nuns and 40 staff members keep the children busy with theory classes and classroom activities. The campus has vocational training rooms and an auditorium where the students learn to lead an independent life despite their individual challenges.