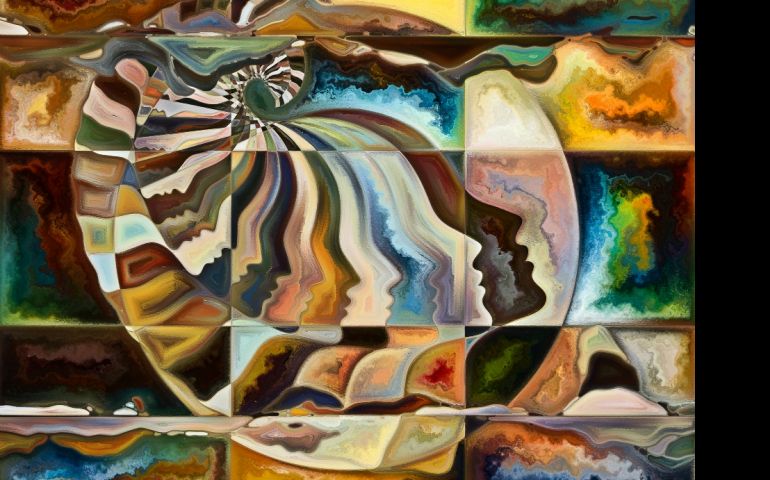 Editor's note: This is a companion piece to the column by Ilia Delio that was posted on July 1.

We are living in the midst of several major crises, including the environment and the institutional church. Does academic theology play a role here as well? Well, yes. As co-creators, we can begin to resolve some of the problems by better integrating theology and science.

Teilhard de Chardin is one the most important thinkers of the 20th century because he integrated theology into the wider current of modern science. He rightly stated that religion cannot be done outside or apart from the basic insights of modern science.

How often I have heard statements like "Evolution is not a proven theory" or "There are different theories of evolution" or "Quantum physics is an incomplete theory." If science actually followed these narrow ideas, we would not have electricity, running water, and certainly not computers and cellphones. We would live agrarian lives, travel by horse and buggy, and die at young ages.

Albert Einstein was a young unknown Swiss patent officer who dared to think differently about space and time and challenged Isaac Newton's ideas, eventually overthrowing the Newtonian framework. Did he have all the answers before he published his paper? Absolutely not. His theories opened up new windows and new conflicts.

Scientists continue to battle back and forth about quantum physics and a dynamic expanding universe but as the evidence continues to mount, Einstein's theory of relativity is seen to be correct. There is no such thing as absolute space and time, and matter is a form of energy.

Science has never waited until all the data is in because the data is ongoing; there is no terminus ad quem. However there does come a point when a sufficient amount of new data corresponds to experience and the prevailing paradigm shifts in a new direction, as Thomas Kuhn wrote in his The Structure of Scientific Revolutions.

The scientist, like the theologian, must work through the tools and methods at hand to see if the insight is true, that is, if it is consistent with other data and with the larger phenomena of experience. But there is no arriving at a final set of set of data with 100% approval by scientists. Rather, every insight is a new beginning and every discovery is a new question. If science proceeded like religion, we would still be somewhere in the Dark Ages.

Column | Evolution is our fundamental reality