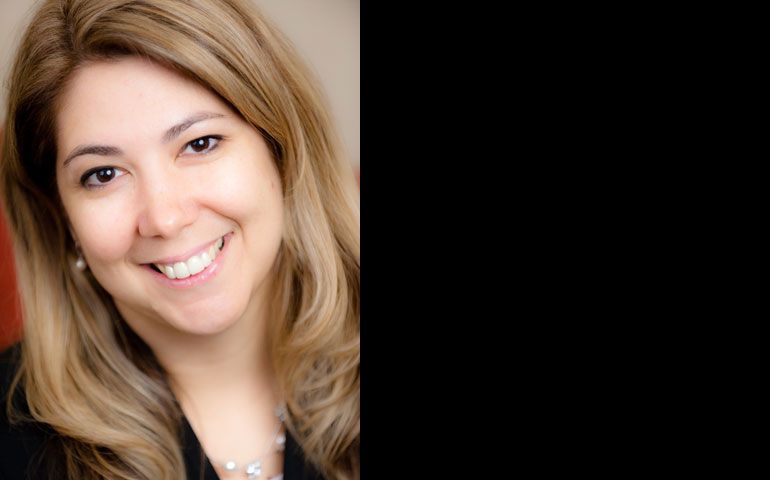 "What happened was, my parents divorced." And with those words, Gina Messina describes both an end and a beginning. The Catholic feminist and theologian, who is herself now going through a divorce (she is better known as Gina Messina-Dysert), has returned to the place she came from, even at times to the parish she came from, because home, she says, is always home, especially for a Catholic.

The Cleveland-based academic, who earned her GED diploma while working double shifts at the local Dairy Queen, is is now assistant professor of Religious Studies at Ursuline College in Ohio,* after stints at Loyola Marymount and John Carroll University, among others.

She is also the co-founder of Feminism and Religion (www.feminismandreligion.com), a popular blog that examines the intersection of -- and contradictions inherent to -- those two apparently disparate worlds.

With her parents' divorce came a move at age 12 to nearby Shaker Heights, Ohio. Messina would later come to see the move to a more liberal community, a new school and a different parish as defining. Her family had become outsiders at their old church -- the family with divorced parents -- an experience she finds echoed today in the way some clergy treat her because of her support for feminism.

It's hard to imagine, when face to face with the poised author and academic who recently spoke at the historic Sixth and I Synagogue in Washington, D.C., that she was ever the teenage GED student.

*An earlier version of this story listed an incorrect title for Messina.