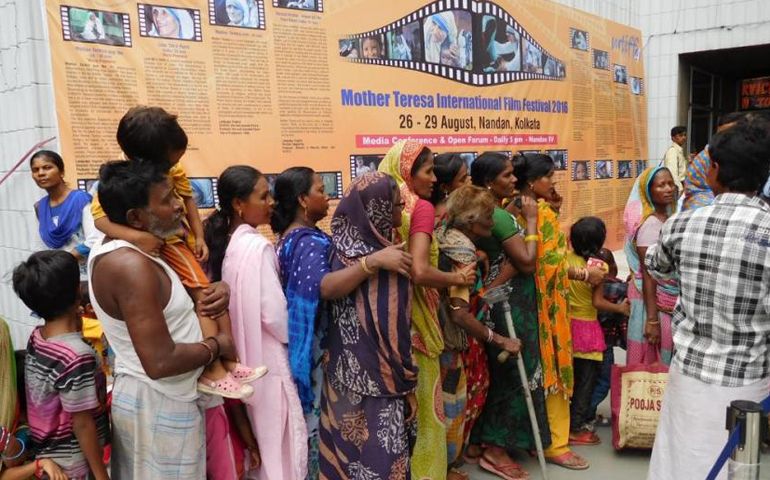 Kolkata, India — Kolkata, where Mother Teresa lived and worked for more than six decades, is agog with excitement as preparations for the canonization of the world-renowned nun Sept. 4 at the Vatican enter the final stages.

Newspapers in the eastern Indian city have for the past month run regular news items and tidbits on the celebrations going on in the city as well as around the world.

The Calcutta archdiocese and the Missionaries of Charity headquarters created a series of programs to celebrate the canonization. The main event will be Oct. 2, when Netaji Indoor Stadium, the venue for Mother Teresa's state funeral in 1997, will hold a special thanksgiving Mass and a civic program.

Other celebrations include the launch of web television portal Blue Stripes, a painting and drawing competition for schoolchildren, an interfaith prayer service, discourses on Mother Teresa, and a symposium on the humanity of Mother Teresa. Kolkata also organized programs such as a film festival and art exhibit on Mother Teresa. The celebration will end with a cultural extravaganza on Oct. 23.