Skip to main content
Vatican
A version of this story appeared in the May 8-21, 2015 print issue under the headline: End of oversight met with relief. 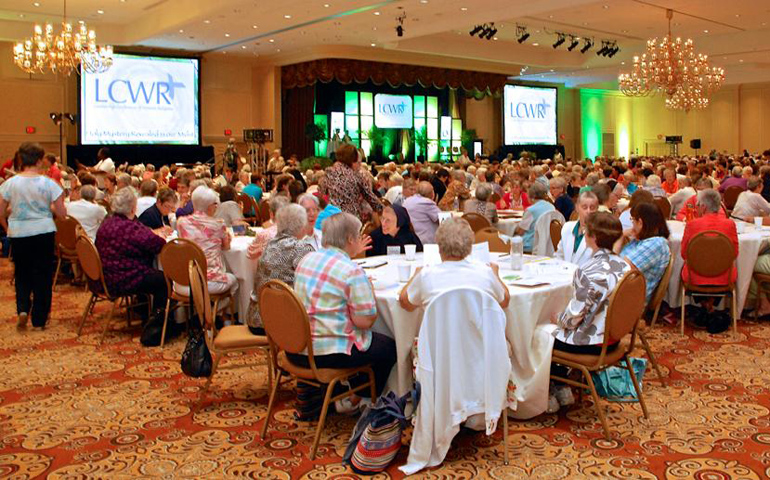 Catholic women religious and observers reacted with notable -- but muted -- relief to Thursday's news that Vatican oversight of their largest leadership group had ended two years earlier than expected.

The Vatican's Congregation for the Doctrine of the Faith has accepted a final report of the doctrinal assessment of the Leadership Conference of Women Religious, officials said, ending the controversial investigation of the group that represents 80 percent of the roughly 50,000 women religious in the United States.

The Vatican congregation asked its own officials and LCWR not to speak to the media on the topic for 30 days, leaving much of the response to outside observers.

Former LCWR president Benedictine Sr. Joan Chittister was one of the few who would speak on the record. She called the agreement very civil.

"The document on the LCWR seems to me to be pretty even-handed. It's not attacking anybody. It's not contentious, and it's civil," said Chittister, who is a best-selling author and well-known international lecturer on topics of justice, peace, human rights, women's issues and contemporary spirituality in the church and in society. (She is also a contributor to National Catholic Reporter and GSR.)

"It reads to me like women who have been in a long conversation of equals. I'm actually quite proud of the strength that they brought to this issue, and the integrity I think that they have maintained in the conversation."

Most importantly, Chittister said, LCWR has not lost its ability to operate freely.