With a route mapped to Mar-a-Lago, Nuns on the Bus will hit the road again 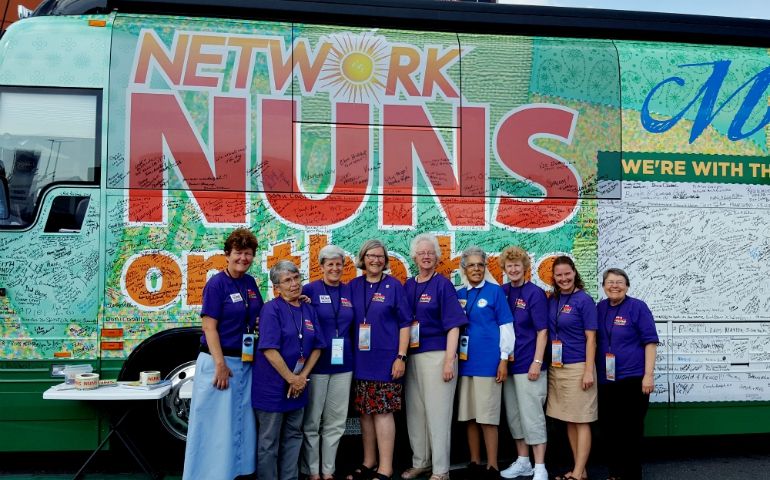 The nuns are getting back on the bus.

Network, a Catholic social justice lobby, announced Aug. 20 the advocacy group will hit the road in its popular Nuns on the Bus tour for a sixth time.

This year's tour will begin Oct. 8 in Los Angeles and end Nov. 2 in Palm Beach, Florida, at the Mar-a-Lago resort owned by President Donald Trump, where the sisters plan to present the stories they heard on their cross-country journey.

Social Service Sr. Simone Campbell, Network's executive director, said she's not yet certain what will happen at or near Trump's resort.

"It's still a work in progress, but the idea now is a parade for the common good," Campbell told Global Sisters Report. "We don't know what we're going to do — we've got all kinds of harebrained schemes at this point. But it will probably end with a fiesta for the common good, where we'll have a potluck where everybody contributes."

The Nuns on the Bus tours are a media and fundraising juggernaut, but planning them involves much more than simply renting a bus and rounding up some sisters to ride it.

Justice | With a route mapped to Mar-a-Lago, Nuns on the Bus will hit the road again

At catacombs, synod members pledge simplicity, closeness to the poor

Fred Rotondaro had a knack for friendship across DC divides