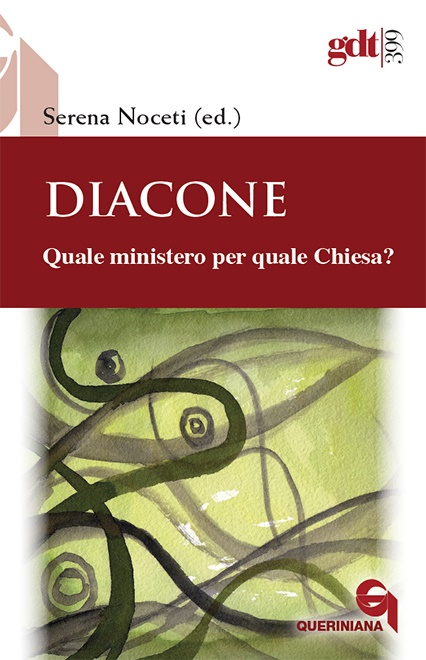 Two new books in Italian join the expanding conversation about women in the diaconate, one a collection of academic essays, the other a more accessible, general book.

Both Donne Diacono? and Diacone are in response to Pope Francis' May 2016 announcement and August 2016 appointment of the Papal Commission for the Study of the Diaconate of Women. The books' titles belie their views. Women Deacons? and Deacons seem innocuous enough in English, but their matching linguistic subtexts present the view that women deacons are just that. Some argue that women ordained as deacons belonged to a separate order of "diaconesse," but each title employs a feminine form of deacon.

Modern discussion about female deacons has met with predictable ends ever since French Oratorian Fr. Jean Morin (1591-1659) argued in the 17th century that liturgies for women deacons met Council of Trent criteria for sacramental ordination. Since then, some writers agree, some do not.

A renewed interest in discussing women deacons followed the close of the Second Vatican Council and Pope Paul VI's restoration of the diaconate as a permanent grade of order. Paul VI asked a liturgical scholar and member of the International Theological Commission, Camaldolese Benedictine Fr. Cipriano Vagaggini, about women ordained as deacons. In a detailed essay, Vagaggini said yes, women were sacramentally ordained. His essay (in Italian) never saw the light of day as an official Vatican document, but it appeared in a small academic journal.

In Diacone, Serena Noceti, vice president of the Italian Theological Association and professor of theology in Florence, presents collected papers from a conference of the Coordinamento Theologhe Italiane — roughly, the Congress of Female Italian Theologians — held in Venice in October 2016.

The book's complete title, Diacone: Quale minister per quale Chiesa?, asks about women deacons: "Which ministry for which Church?" The conference papers are organized according to four areas of discussion: Vatican II's restoration of the diaconate (Gilles Routhier, Serena Noceti, Andrea Grillo, Cettina Militello); biblical sources of women serving as deacons (Marinella Perroni and Pius-Ramon Tragan); women deacons in the tradition of the church (Christina Simonelli, Giuseppe Laiti, Moira Scimmi); and a contemporary ecumenical example of the diaconate of women (Angela Berlis).

The result of the discussion is a clearer understanding of the problem. The question of restoring women to the diaconate is one of ecclesiology. The early church quite obviously included women deacons, and they were ordained to that office. The combined essays suggest a functional ecclesiology. As Routhier, a professor at Laval University in Quebec, writes: "In the final analysis, the necessary question is: 'What ministry does the Church need today to ensure adequate and culturally significant pastoral care in some regions of the world?' "

That said, the problem, or non-problem of the medieval cursus honorum (the "course of honor") needs be addressed. Does diaconal ordination automatically imply eligibility for priesthood? In her essay, Militello, who teaches in Rome at the Pontificia Facoltà Teologica "Marianum," answers the question simply: The diaconate is not the priesthood. As Berlis, a historian on the theology faculty of the University of Bern, Switzerland, points out, the diaconate is not a makeshift office for women who feel called to priesthood.

Each of the conference papers comes from deep thought about the place of women in the church and in society. While the papers may never be translated to English, it is important to know that this conference occurred and its published papers are being read wherever Italian is known. 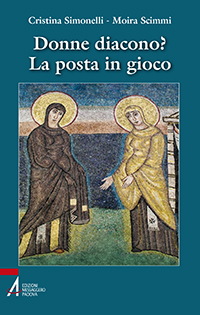 Two of the Venice conference participants, Simonelli and Scimmi, prepared an instant response to the creation of the papal commission. The book's title is telling: Donne Diacono?: La posta in gioco (Women Deacons?: What is at stake). Simonelli teaches patristics in Verona and is on the Milan seminary faculty. Scimmi's lifelong diaconal service has been in various Milanese parishes and, more recently, in Casa della Carità di Milano. Her 2004 doctoral thesis is perhaps the most significant contemporary academic writing in Italian about women in the diaconate. Both authors know full well what is at stake.

Their book's logic starts with the conclusions of the 2002 International Theological Commission document, a result of 10 years' work overseen and managed by then-prefect of the Congregation for the Doctrine of the Faith, Cardinal Joseph Ratzinger: "It pertains to the ministry of discernment, which the Lord has established in his Church, to pronounce authoritatively on the question" of women deacons. That is: the topic is open for discussion.

In her opening essay, Simonelli recalls the proposal of German Cardinal Walter Kasper, retired president of the Pontifical Council for Promoting Christian Unity, who once suggested creation of a nonordained "office" of deaconess, able to minister liturgically and through charity, but who would not be sacramentally ordained. The proposal's undercurrent: While women can minister, only men can officially have "leadership," and only men can image Christ. Simonelli asks, how do we think about what is masculine and feminine? The distinctions and questions regarding priesthood and ministry, and the fact of ordained persons acting and being in persona Christi, make discussing the topic a common task of all who belong to the church.

In the second part of Donne Diacono? Scimmi writes about the history of women deacons, which varies apparently always in response to local church needs. She presents the history of women in the diaconate from the first through the seventh centuries, using historical sources to enlighten the past, and review the current debate. She closes with the ordination rite for a woman deacon recorded in the Apostolic Constitutions, which instructs the bishop, in the presence of the presbyters, male and female deacons, to lay hands on the candidate and invoke the Holy Spirit's blessing, "so that she may worthily complete the work entrusted to her."

The basic question: How will the church bring the word, the liturgy and charity to the people of God? If the answer is ordaining women as deacons, these works together present an understanding that the church could return to its tradition without troubling any teaching about priesthood.