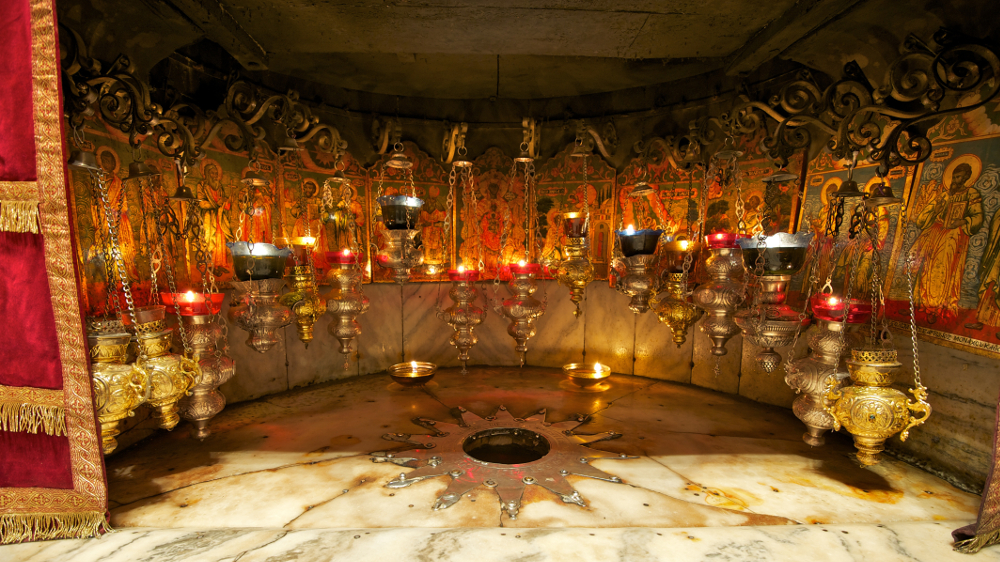 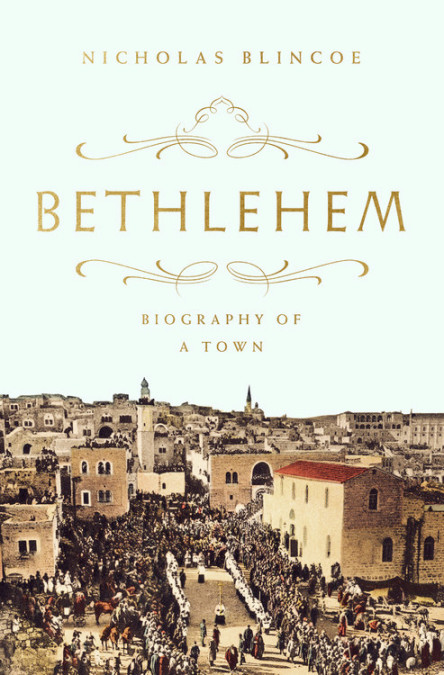 It's been said that the dictionary is a book about everything. British author Nicholas Blincoe's latest, Bethlehem, is a bit like that. Squeezing the history and present of the birthplace of Christ into just over 200 pages, Blincoe must touch upon sinners, saints, foreign conquests, homegrown massacres, churches, temples, aqueducts, architectural digs, imperialism, and the ongoing Arab-Israeli conflict, to name just a few highlights.

That he manages to cover so much with an engaging, even jocular, tone is a credit to Blincoe's writing skill. Those with passionate feelings about Israel's occupation of the West Bank — that is to say, those who object to the choice of the word — probably need not apply. But for readers who want to dig deep into the founding of this little town of legend, it makes for happy reading.

While so much of the story of the region is ancient history, Blincoe points out that Bethlehem was founded relatively recently, about 200 years before the birth of Christ. As is so often the case with empires, this one rose and fell on access to water and proximity to trade routes, here a spring-fed aqueduct, and sugar and spices.

Blincoe starts with a metaphor of the city as Christmas pudding, noting its ingredients' presence in his in-laws' home and garden (while courting his wife, he gifted her parents with the distinctly English delicacy), and in the region itself. Readers looking for a holiday story might be disappointed, although sections on Joseph and Mary's journey from Jerusalem to Bethlehem and Herod and the Magi do scratch an itch.

Herod's power came from taxing the spice route. "This is why the Gospel of Matthew depicts the Magi arriving with gold, frankincense, and myrrh. The luxury items that underpin Jerusalem's wealth are being offered in tribute to a different kind of king," Blincoe writes. "Matthew is declaring that even Herod's family and friends do not think he has what it takes to be King of the Jews."

All of that tribute goes instead to the babe in the manger, tucked away in a hillside cave. Even the location of that cave has significance, Blincoe writes, near the city's garden gate, a symbol of the interdependence of Bedouin nomads (who are closer to King David the shepherd than they are to King Herod and his excesses) and the Jewish city dwellers.

"Early Christians would have seen the poetry in identifying Christ's birthplace to this inter-zone at the edge of the desert," he writes. "Where else might one find the Son of God — a figure who exists between two worlds?"

The news of Christ's birth was "a slip-of-the-tongue," Blincoe says, leading to the Massacre of the Innocents, and Epiphany itself "a passive-aggressive kind of festival, because the whole point is that the Jews did not welcome the announcement."

But there's more to the story of Bethlehem than the Christmas story. Alas, while a reader may linger, a reviewer must pick and choose. A chapter on Christian Rome is both edifying and entertaining, focusing as it does on the role of women in building churches and communities. Helena — Roman barmaid, mother of the emperor Constantine, celibate, pilgrim — here makes for a compelling heroine.

Present for (if not actually at) the Council of Nicaea, she had an attachment to Mary but kept quiet her objections about Christ's consubstantiality with the father. She turned Christ's birthplace from a cave into a temple — the Church of the Nativity — paving the way for other wealthy women who built other great Palestinian churches, including the Church of the Ascension on the Mount of Olives and the Seat of Mary outside Bethlehem, neither of which still stand.

A long passage on ascetic life, and the role Roman dowagers played in advancing it, shows both the power of these women to shape a religious tradition and, ultimately, the limits of their power. They were but women, after all, in a man's world. The relationship between the widow Paula and St. Jerome — both brilliant and difficult — was part of the larger political story of Christianity at the time.

And make no mistake, it is a political story, of Jews, Samaritans, Arab Christians, Crusaders, Greek Orthodox, Palestinians, British, Israelis, kings and popes. Covering six centuries in one chapter, Blincoe has to pick up the pace a little more than halfway through the book (and the story). Although the author clearly loves the history, the present and the future occupy him just as much, if not more.

"The Israeli-Palestinian conflict has become a cipher for so many other conflicts," he writes. "It is a binary world and most of us have already chosen our camps, so why struggle to see the world differently?"

But struggle we must, and do, as he knows. Blincoe closes by returning to a story he told at the start, a Jewish fable of entering and leaving a garden in peace. In this time and this season, as we remember the infant born in a cave, the one who would bring peace on earth, good will to all, we might look to Bethlehem and see that its future is our future.