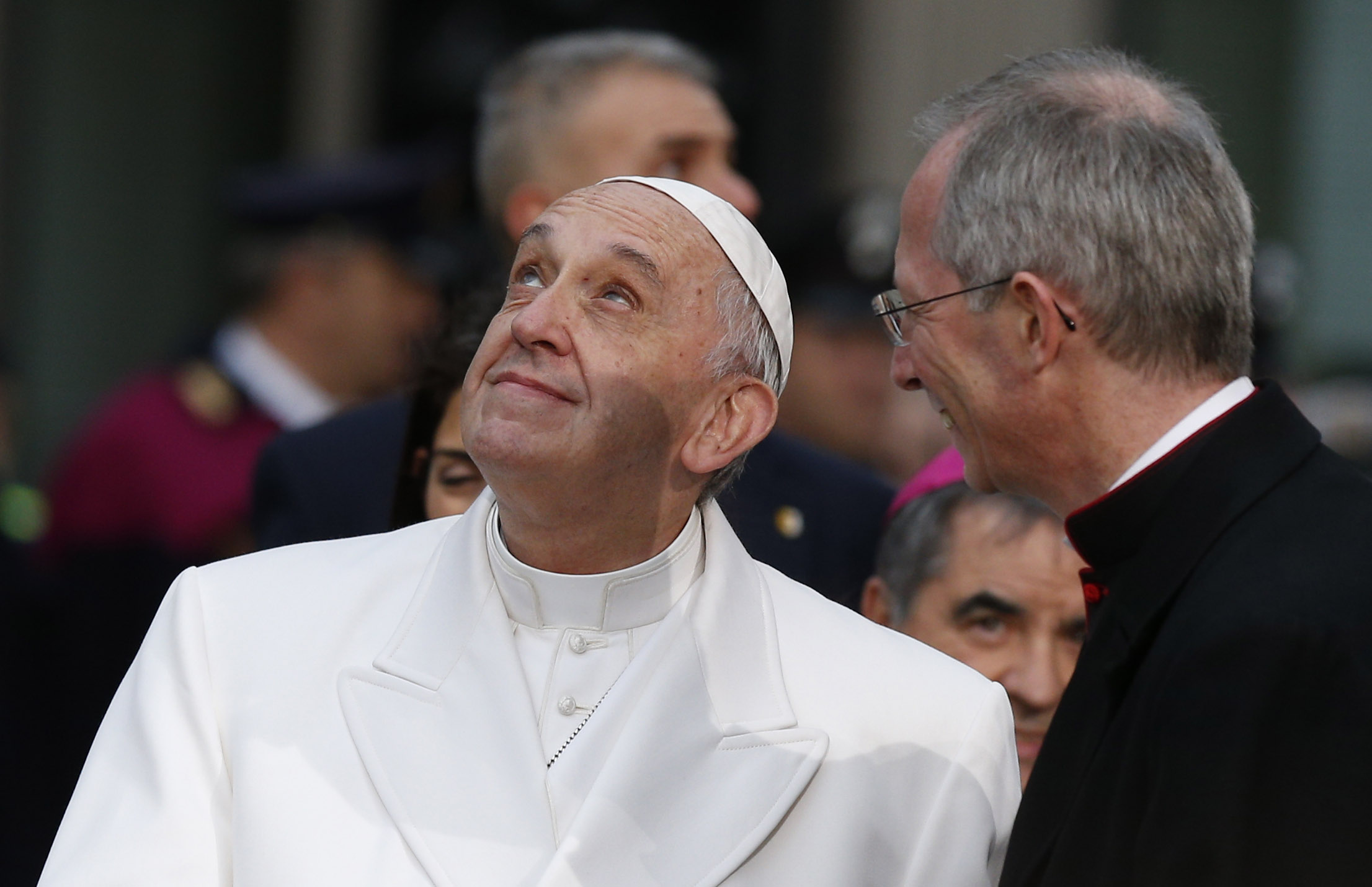 Pope Francis looks up at statue of Mary near the Spanish Steps in Rome Dec. 8. (CNS/Paul Haring)

The Italian and English translations of the "Our Father" can give believers the wrong impression that God can and does lead people into temptation, Pope Francis said.

The Italian bishops' television channel, TV2000, has been broadcasting a series of conversations between the pope and a Catholic prison chaplain looking at the Lord's Prayer line by line.

The episode broadcast Dec. 6 focused on the line, "Lead us not into temptation."

Father Marco Pozza told the pope that friends have asked him, "Can God really lead us into temptation?"

"This is not a good translation," the pope said.

While he said nothing about ordering a new translation, Francis noted how the French bishops had decided that beginning Dec. 3, the first Sunday of Advent, French Catholics would change the line to the equivalent of "do not let us enter into temptation."

The Italian bishops' conference in 2008 adopted a new translation of the Bible; for the Lord's Prayer both in Matthew 6 and Luke 11, they chose "do not abandon us in temptation," although they did not order the change in liturgical use. The New American Bible, revised edition, is the basis for the Lectionary used at English-language Masses in the United States; the petition from the Lord's Prayer in Matthew and Luke is translated as: "do not subject us to the final test."

Francis told Father Pozza, "I'm the one who falls. But it's not (God) who pushes me into temptation to see how I fall. No, a father does not do this. A father helps us up immediately."

The Catechism of the Catholic Church, in its discussion of the Lord's Prayer, says, "our sins result from our consenting to temptation; we therefore ask our Father not to 'lead' us into temptation. It is difficult to translate the Greek verb used by a single English word: the Greek means both 'do not allow us to enter into temptation' and 'do not let us yield to temptation.'"

Referring to James 1:13, the catechism says, "'God cannot be tempted by evil and he himself tempts no one'; on the contrary, he wants to set us free from evil. We ask him not to allow us to take the way that leads to sin."