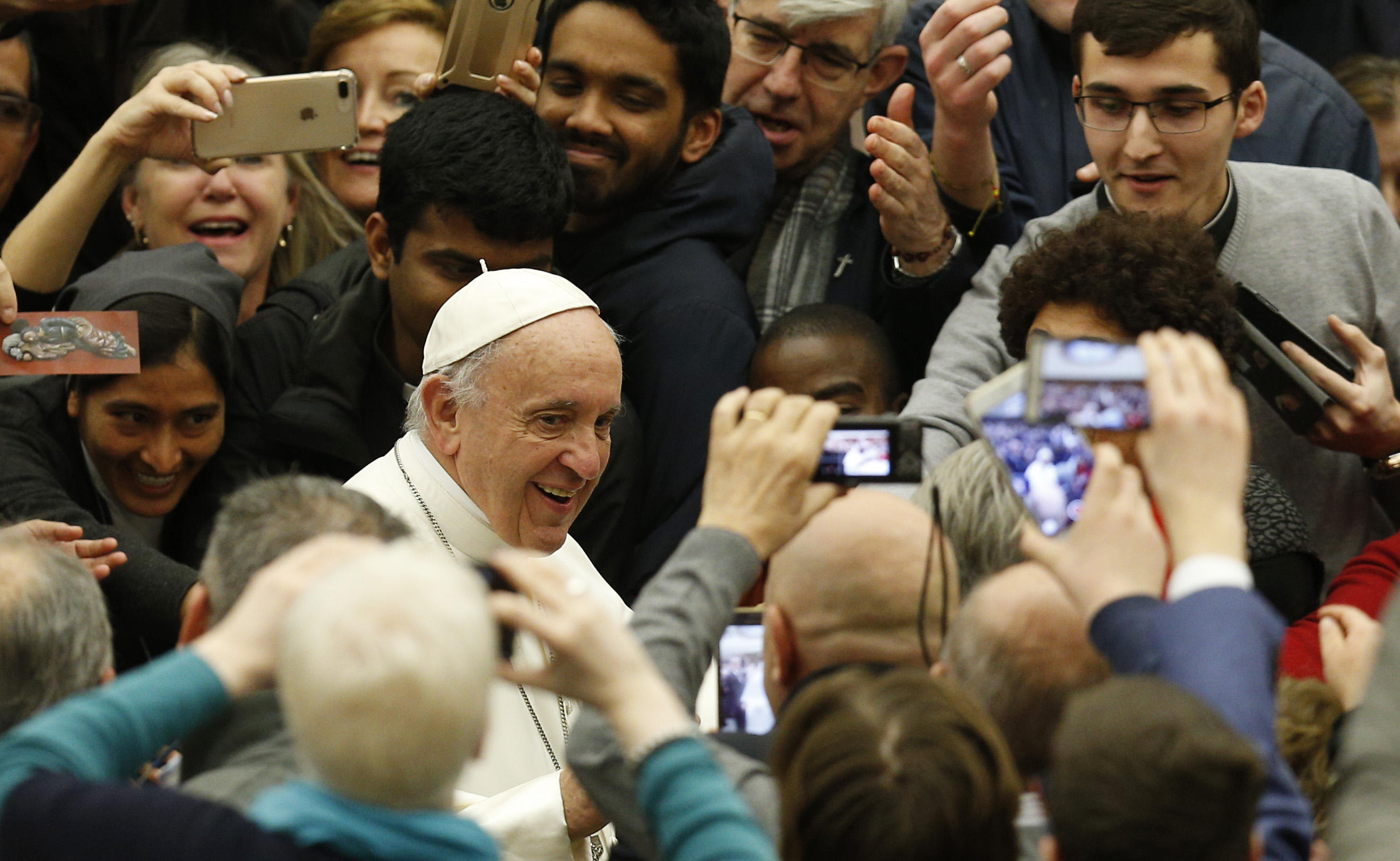 A devotion to and meditation on the five wounds of Christ "may sound a bit medieval," but anyone who recognizes he or she is wounded will find mercy and healing in the passion of Christ, Pope Francis said.

Meeting Feb. 10 with members of the Stigmatine order, the pope distributed his prepared text and then spoke off the cuff about the significance of naming a religious order after the stigmata or wounds of Christ.

In his meditation of the wounds of Christ, St. Bernard of Clairvaux, the Cistercian who died in 1153, referred to Jesus as a "bag of mercy," who poured that mercy out on humanity through the crucifixion wounds to his hands, feet and side, the pope said. "The Lord's stigmata, the Lord's wounds, are precisely the door through which mercy comes."

"If I'm depressed, if I've sinned too much, if I've done this or that, I take refuge in the wounds of the Lord," the pope said, paraphrasing Bernard.

Forgiveness and healing, he said, come only from uniting one's wounds to those of Jesus.

People who do not recognize their own woundedness, the pope said, will never understand the power of the wounds of Christ.

"Only the recognition of being a wounded church, a wounded order, a wounded soul or heart leads us to knock on the door of mercy in the wounds of Christ," he said.

The Bible says, "By his wounds you have been healed," the pope noted.

Francis told the Stigmatines to "never be embarrassed about devotion to the wounds of the Lord. It is your path of sanctification."

But he also encouraged them to teach people that "we are all wounded" and that anyone wounded by sin will find "pardon, peace and consolation only in the wounds of the Lord."