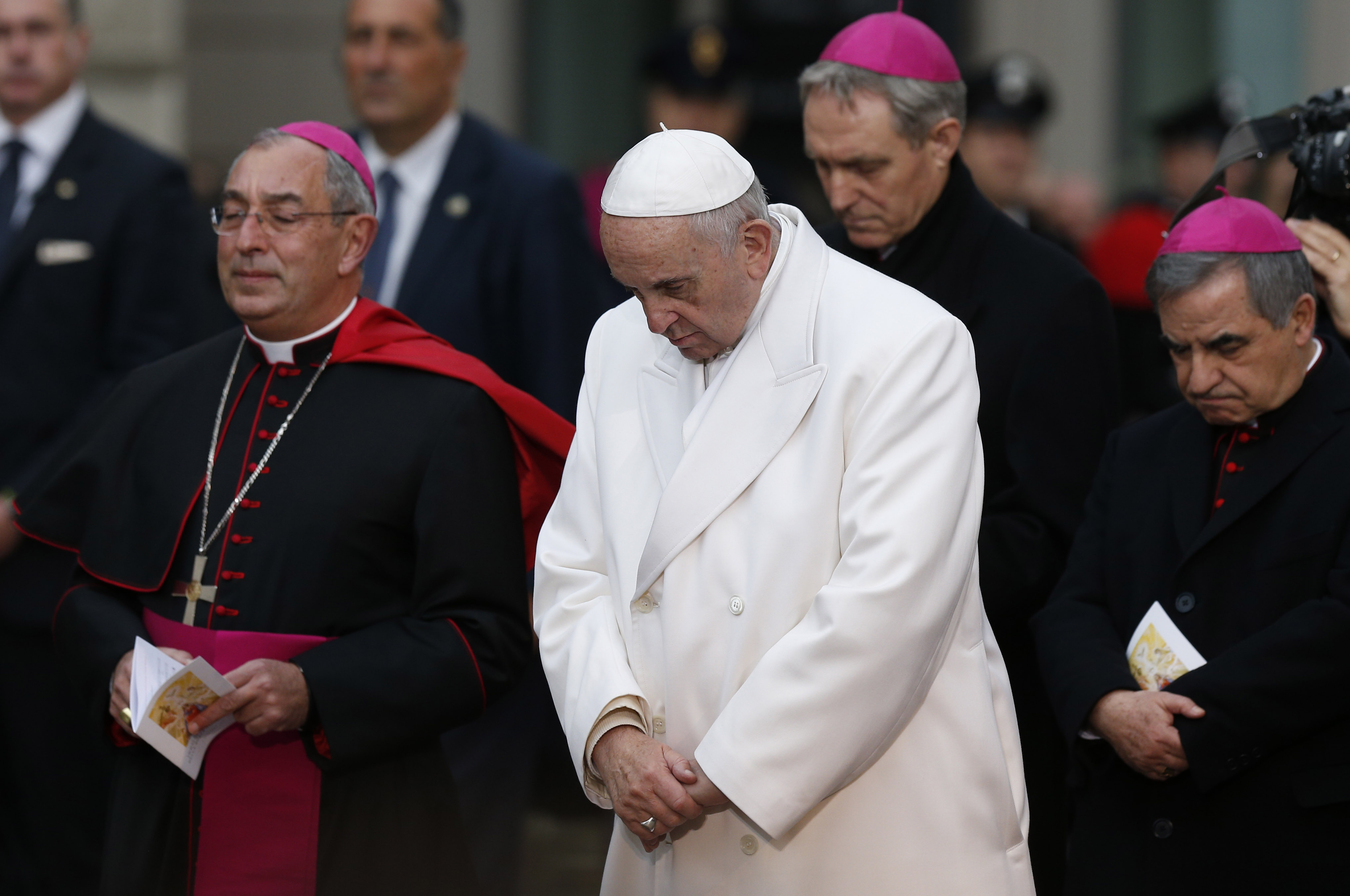 ope Francis prays during a prayer service at a statue of Mary near the Spanish Steps in Rome Dec. 8. (CNS/Paul Haring)

Christians must be strong and let go of all the bitterness and negativity that prevent them from experiencing God's consolation and joy, Pope Francis said.

"So many times, we cling to what's negative, we hold on to the wound of sin inside of us, and many times, the preference is to stay there, alone," he said in his homily Dec. 11 at morning Mass in the Domus Sanctae Marthae.

Instead, Jesus always tells people to "get up" and have no fear, because he is there to offer salvation, consolation and joy, the pope said.

The pope's homily focused on the day's reading from Isaiah (35:1-10) in which the prophet foresaw the glory of the Lord, who will come "with vindication; with divine recompense, he comes to save you."

This is why people must "strengthen the hands that are feeble, make firm the knees that are weak" and "be strong, fear not" because of the coming of the Lord, the pope said.

Often it is easier, however, to console others than to let oneself be consoled because "we are afraid."

There are two things that prevent people from letting themselves find solace with God: resentment and complaints, Francis said.

When people choose to be resentful and bitter, "we stew our feelings in that broth of bitterness," preferring to be left alone to sulk undisturbed and defeated, he said.

Then there are people like Jonah -- "the Nobel Prize winner of complaints" -- who choose to make griping and grumbling the soundtrack accompanying their lives, he said.

Francis said he once knew a priest who was a very good man, but he was "pessimism incarnate."

He said this priest would always "find the fly in the milk," that is, point out whatever was wrong or out of place.

His brother priests, the pope said, would joke that instead of greeting St. Peter in heaven, this priest would probably ask to see hell and then complain, "Oh, salvation, what a mess!" because of the lack of condemned souls there.

Instead, God asks people to be strong, get up and trust in him. People need to ask themselves, "How is my heart? Do I harbor some bitterness there? Some sadness?" the pope said. And what is on one's lips, he asked. "Is it praise to God, beauty or always complaints?"