“How I longed to gather you and your children as a hen gathers her brood under her wings, but you were unwilling” (Luke 13:34).

Jesus laments the terrible fate of Jerusalem in two passages in Luke found in Chapters 13 and 19. He weeps over the city for its failure to accept God’s offer of peace. Instead, after his death, zealots will incite a war against Rome and the city will be destroyed and a million people killed. In today’s Gospel, he uses the poignant image of a mother hen gathering her chicks under her wings. He is already a hunted man under threat from Herod (whom Jesus calls “that fox”). How many foxes now plot their own agendas to gain power over others in our world? But nothing will deter Jesus from his mission to offer God’s unconditional love to those who will accept it.

The Gospel comforts and instructs us, but it also warns us to repent of selfish attitudes and behaviors that ultimately lead to spiritual death. While we entertain ourselves with distractions and delusions, the world is being devoured by war and greed. We have only the time allotted to our brief lives to figure how to make a difference.

Jesuit Egnacio Ellacuria, murdered in 1989 by U.S.-trained soldiers during the civil war in El Salvador, wrote that history was in the grasp of extractive capitalism and headed in the wrong direction. It had become a death trip, not just for the billions of poor being crucified by its oppressive practices, but also for the planet itself.

The world is a shining city on a hill for some, but that city is the Jerusalem over which Jesus wept. History will judge us all for our complicity in the destruction of the environment and so many lives. It is something to weep about, then do everything in our power to change while we still have time. 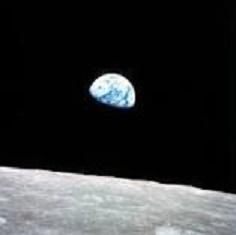