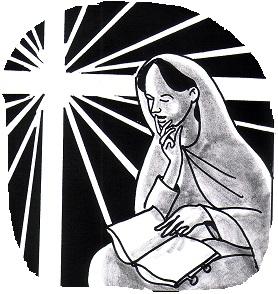 Solemnity of the Immaculate Conception

Today’s Solemnity of the Immaculate Conception is a relatively late addition to church doctrine surrounding the mystery of Jesus as Savior of the world. The logic that formed in the long tradition of theological reflection about Jesus was that his freedom from sin extended to his mother from the moment of her conception.

The narrative of Advent readings leading up to Christmas helps us imagine the simple innocence of both Mary and Jesus as God entered human history in them and as one of us. A light shines in a world cloaked in shadows, trapped in self-perpetuating distortions that from the dawn of time have limited human vision and progress toward the Beloved Community God wants for us. Self-deception, fear and violence instead became the norm in social relationships based on power and privilege for the few, oppression and suffering for the many.

Jesus is our hope of redemption. The same grace that filled Mary also formed him as the child who grew up to be Jesus of Nazareth, hill country preacher, healer and radical challenge to the political, economic and religious order of first century Israel under Roman occupation. The fact of his death by crucifixion and the mystery of his resurrection from the dead meant that his message transcended his historical moment. Jesus is the timeless call to every generation to accept God’s invitation to fulfill the original design of creation toward its divine destiny.

As sharers of the Gospel Jesus preached and lived, we celebrate the grace and favor that made Mary innocent and that through Jesus flows to us by baptism. Our incorporation into the body of Christ makes us, the church, the extension of God’s plan for redemption in our own time and place.

We are Advent people, walking expressions of the Incarnation Mary accepted when she said “Yes” to God at the Annunciation. The joy of every Marian feast is that it is about us, all of us, now invited to imitate her faith.