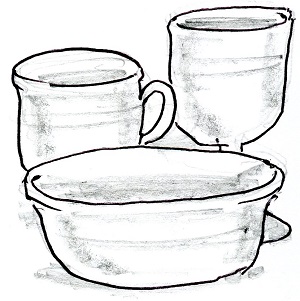 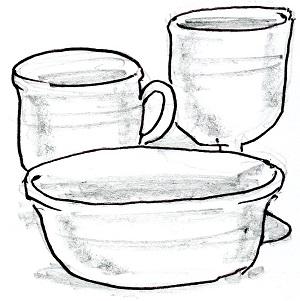 St. Paul’s letters to the Thessalonians are the earliest texts preserved in the New Testament, probably written in the early 50s. The first Christian communities in Gentile territory were experiencing two crises. One was the death of some of their members and the second was the expectation that Jesus would have returned by then to share his resurrection with the faithful at the end of history.  Preoccupation with an imminent parousia was disrupting life in Paul’s churches, with some abandoning daily routines and others being gripped by fear.

Paul comforts those grieving the loss of loved ones and scolds others who are spreading fear and paralysis. Two decades after Jesus’ departure, it was becoming increasingly clear that his redemptive work through his church was to be extended into history, so it was time to commit to building the Beloved Community he had preached.

In today’s Gospel, Matthew reminds his community that missing the big picture was one of Jesus’ main criticisms of the scribes and Pharisees during his earthly ministry. Their hypocrisy and small-mindedness were focused on minor laws while neglecting the Great Commandment to love. To parade their righteousness in public, they boasted that they paid tithes even on their herb gardens, Jesus pointed out, while neglecting the demand for mercy and justice. Jesus indicts them further by comparing these leaders to cups cleaned on the outside but filled with corruption and self-indulgence.

Both Matthew and Paul were guiding their churches to be credible witnesses as the only way to spread the Good News of Jesus. Faith in him and his risen presence was about now, how he inspired them to devote their daily lives to sharing God’s peace and reconciliation. Whether the world ended sooner or later, Jesus was already with them, building the Kingdom of justice and love.

God’s Word comes to us at a time when our political parties are offering competing visions for the future of the nation. One familiar strategy used by both campaigns is to claim that the other’s vision will be “the end of the world” for the country.  Desperation replaces discourse, image becomes more important than issues, voting loses its solemn duty to discern values and becomes a battle cry for Armageddon between sides that demonize each other. What leader will be able to “bind up the nation's wounds” after an election defined as apocalyptic? Will politics “with malice toward none and with charity for all” take up the post-election work of cleaning both the inside and the outside of the cup if national unity has been effectively poisoned by partisanship?

St. Paul warns us not to be deceived but to hold fast and stand firm in what we have been taught. “May our Lord Jesus Christ himself and God our Father, who has loved us and given us everlasting encouragement and good hope through his grace, encourage your hearts and strengthen them in every good deed and word” (2 Thess 2:17).