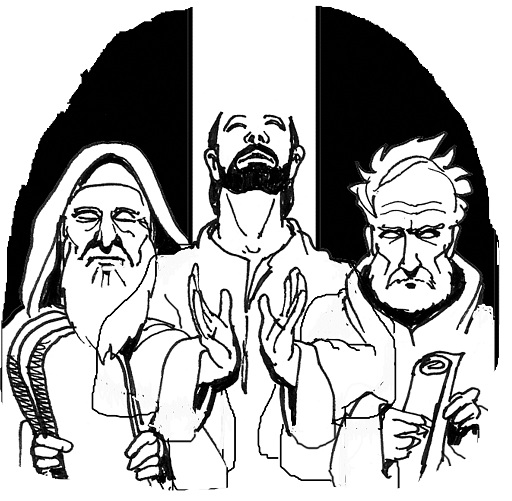 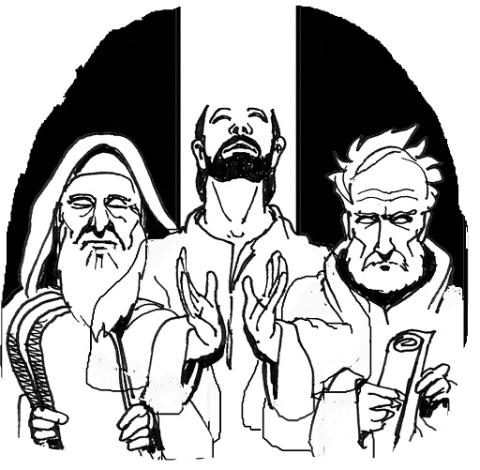 The synoptic accounts of the Transfiguration are densely packed theophanies that summarize who Jesus is and what his mission was all about. The metaphor of light conveys the stunning revelation grasped by the early church after a period of all-encompassing loss and grief at Jesus’ death on the cross. How long this dark interval lasted we do not know, but another text in Luke 24: 13-35 links this mountain moment with Moses and Elijah to the story of two grief-stricken disciples on the road to Emmaus who encounter the risen Christ, who explains to them that the Messiah's death was necessary to fulfill the Law and the Prophets.

The Emmaus revelation occurs during a meal at which the disciples’ eyes are opened and their hearts burn within them as a mysterious stranger explains the Scriptures and breaks bread with them. Luke is describing how the first faith communities gathered to remember the death of the Lord and came to see at last that his apparent defeat was in fact God’s plan to redeem the world from sin and death, not by force but with self-sacrificing love. Jesus fulfilled the Law of Moses not with legal perfection but by God’s grace given freely to sinners. He liberated God’s people not as a messiah king but as the “suffering servant” foretold in the songs of the Prophet Isaiah.

Today’s reading is the gospel in miniature, the end of story revealed in the middle of Jesus’ journey to Jerusalem to be rejected by the high priests and crucified by Rome. As his surrender and suffering approached, Jesus’ glory was revealed. The same witnesses who would later fail Jesus in the Garden of Gethsemane — Peter, James and John – are told to remember the vision of the transfigured Jesus so they can lead others to faith. They have seen the light; they have heard the voice from the cloud.

We are all called to be transfigured and marked with the sign of the cross that unites both suffering and glory. We accompany Jesus during Lent to share his paschal mystery, dying with him in order to rise with him. The old mountain song, “I’ve seen the light,” is an anthem for people on the way, learning to see glory in the ordinary, God in every stranger, blessings in life’s setbacks and sufferings.

Jesus tells his companions to rise up and not be afraid.  There is hard road ahead, but the Law and the Prophets have gone before us to light the way.  Our discipleship is not about success but about being faithful. We are part of the greatest story ever told, and we are promised not just a happy ending but real fulfillment, an eternity of love with Jesus and his Beloved Community. This is the joy of the Gospel.