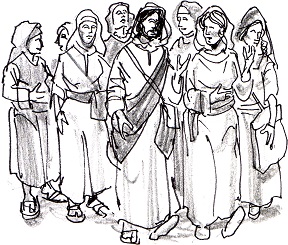 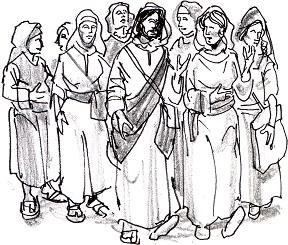 “Accompanying Jesus were the Twelve and some women…” (Luke 8:2).

The New Testament accounts of the growth of the early church are part of an evolving tradition that reveals many other influences. The place of women in the ministry of Jesus or in the emerging institutional church is a case in point. The Gospels contain references to a group of women who traveled with the disciples of Jesus and, even more dramatically, say that women were the principal witnesses to Jesus’ death and resurrection when the men disciples had fled in fear.

Despite this scriptural record and Paul's praise of many women leading house churches and sharing his ministry, an all-male leadership had emerged in the church by the third century that conformed to cultural dominance by men in government.

Pope Benedict XVI has acknowledged Mary Magdalen as the “Apostle to the Apostles” for her role in proclaiming the risen Christ to Peter and the Twelve. Yet, women today are not allowed to preach in church, and ordination to the priesthood is reserved to males based on the tradition that Jesus chose 12 men as apostles to mirror the 12 tribes of Israel. Pope Francis’ commission to investigate the historicity of ordination of female deacons in the early church is still short on deciding that this is a clear precedent for renewing the practice now.

Whatever the outcome in the larger effort to affirm the equality of men and women in the church, it seems evident that if history shapes tradition, tradition also shapes history, and that the official interpretation of sources is often used to confirm the attitudes and ideas enshrined in current practice. In other words, men will decide if only men can decide.

To avoid getting mired in these question, we take our inspiration from Luke today, who affirms that women were crucial to the ministry of Jesus. Without their presence and resources, and in the climactic moments of our salvation, their steadfast faith, there would be no story to tell, no church to celebrate.