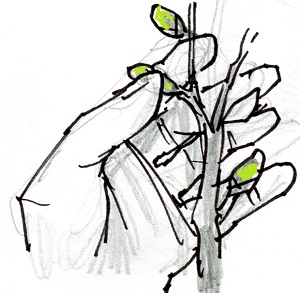 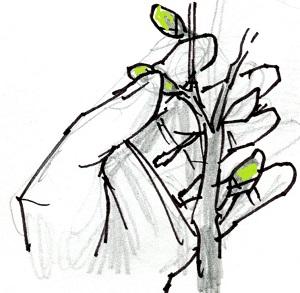 It has been said that history is written by the winners. Without diminishing the role of the Holy Spirit in the evolution of the church, it ought to empower us regarding the future to know how much human effort went into creating the past.  The Acts of the Apostles, The Pastoral Epistles and the Gospels reveal the conflicts that the primitive church faced in deciding how its leadership and basic structures emerged against a backdrop of violent events and epochal shifts going on in the first century.

The destruction of Jerusalem ended temple worship and forced the Jewish diaspora into a synagogue-based religion with rabbinic rather than priestly leadership. The same diaspora shifted the focus of Christian growth from a mother church led by James in Jerusalem to an expanding network of synagogue-like house churches throughout the Mediterranean basin. An emerging charismatic model of church with some women leaders favored by Paul was rejected for a more hierarchical model of male leadership made up of bishops, priests and deacons.  With Jerusalem gone, Rome became the focus of authority, where Peter and Paul, the two great Apostles, were brought together to merge Jewish and Gentile members in a new and inclusive church.

The four Gospels support the leadership of Peter without hiding his failures and rehabilitation by Jesus. The real foundation of the church, in the cases of Peter and of Paul, was God’s mercy.  The power of the keys to bind and loose in Matthew 16 is realized in Peter’s miraculous jail break in Acts 12 as a re-enactment of the resurrection of Jesus from the tomb. The fourth Gospel reveals Mary Magdalen as the preeminent witness to Jesus’ death and resurrection but, in a race to the tomb gives Peter first entry before the Beloved Disciple and Mary but reserves the first Easter faith to the disciple who sees and believes. Love runs faster than authority and is the real foundation of the church.

This very rough pencil sketch of the pre-institutional church is meant only to suggest that the church we actually have might have been different, a moot question as we behold today’s 1.2-billion-member church led by its 266th pope in Rome.  We cannot change the past, but today is day one toward the next future with its own trajectories that will project another model of church that embodies the Spirit of Jesus for tomorrow’s world. Whoever looks back and writes the history of this evolving church is less important than who is living it today by leaning, pushing and pulling its energies and challenges in new directions.  Open to the Holy Spirit, the church we imagine is the one that can happen.