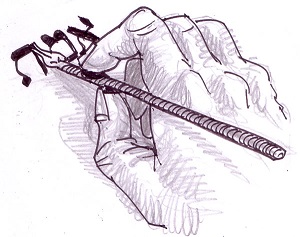 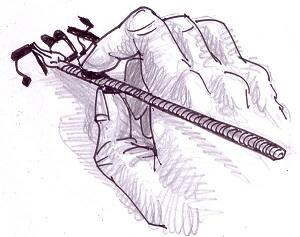 Memorial of Saint Jerome, Doctor of the Church

Today’s Gospel challenges any notion that Jesus’ initial ministry in Galilee was aways successful. Though the Gospels show Jesus doing many miracles in and around Capernaum, his ministry faced disappointment in Nazareth, opposition in the synagogues in the lake area and the arrival of an inquisition of scribes and Pharisees from Jerusalem.

Though many people first accepted his preaching and signs of power, large crowds of onlookers eager for miracles seem to have driven Jesus and the disciples north to the border and east across the sea.  Though Jesus was “the light in the land of darkness” (Isaiah 9:2), shadows of doubt and rejection increasingly met him and his disciples.

Jesus had to deal with the glowing expectations and ambitions of his own Apostles, and he tried repeatedly to tell them that trouble awaited them in Jerusalem. He was confronting the status quo and religious establishment with his message of God’s unconditional mercy for sinners and outcasts.  He was being watched by the Romans as a potential source of messianic incitement. The Sanhedrin saw his view of the Law as undermining their authority, and King Herod suspected Jesus of being tied to the radical Baptist he had beheaded.

So, as he left Galilee for Judea, Jesus castigated Chorazin, Bethsaida and Capernaum for their failure to accept his message. Like ancient Israel, they refused to change their hearts even though they had seen spectacular signs. Compared to foreigners, they lacked faith. They not only rejected him, they rejected the One who sent him. Jesus would begin to speak openly of God’s plan to place on him the sins of the people. By his suffering he would reclaim Israel and reveal God’s ultimate gift of forgiveness even in the face of rejection.

This paradoxical reversal that revealed Jesus as the Suffering Servant rather than a triumphant Messiah would become the core of the Gospel and an invitation to discipleship for those willing to die with him in order to find new life with him in the Beloved Kingdom.  Jesus’ death on the cross and resurrection would confirm this mystery as the basis for the church.  We are called no less than every generation of believers from the beginning to take seriously the Gospel invitation. A personal relationship with Jesus and a knowledge of the Gospel call are the essentials of the Christian life.

Today we also remember St. Jerome (342-420), who translated the Bible from Greek and Hebrew into popular Latin, making it more accessible to ordinary if educated people. Like the vernacular revolution and invention of the printing press that preceded the Protestant Reformation or the introduction of the vernacular in the Liturgy by Vatican II, each time the mysteries of the faith have been made widely available to everyone, new energy and consciousness have flowed into the Christian life.