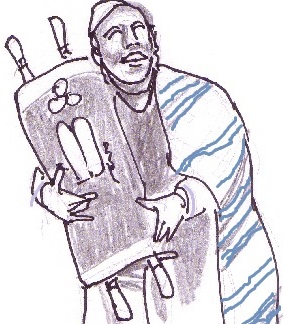 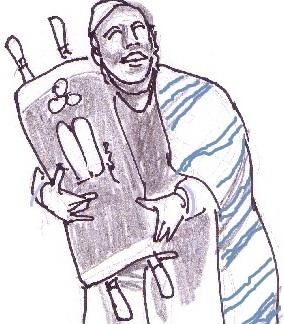 “Whoever obeys and teaches these commandments will be called greatest in the Kingdom of heaven” (Matthew 5:19).

Today’s readings are both about obeying the law. Because Jesus was so often in conflict with legalists, it is easy to think that voluntary love is all that is needed. Jesus promoted obedience to the law as the structure in which a just and loving society could flourish.

The Law of Moses was sacred because it was the foundation of Israel after the Exodus and entry into the Promised Land.  God’s people were to form a society that would reflect God’s justice in all its systems, including its economic life. Deuteronomy commanded that Israel treat people fairly, including foreign nationals and the poor, because God had brought his people out of slavery in Egypt. If they failed to be just, they would violate the Covenant God formed with them by rescuing them from injustice.

The scribes and Pharisees are presented as foils to Jesus in the Gospels, but most were devoted to the Law as the core of their spiritual lives. Rather than breaking the Law, Jesus sought to reconnect every law to the first and greatest Commandment, the law of love for God and neighbor.

A just society requires laws. Public order, honest judges, impartial and equal law enforcement are essential to the common good.  Peter Maurin, co-founder of the Catholic Worker Movement, once said that the purpose of laws was to make it easy to be good.

The current pandemic is inviting us all to reflect on the common good and the need to cooperate with rules of social engagement as neighbors. Hoarding and capitalizing on any scarcity of supplies divides people. Disinformation, alarmist media posts about preparing for chaos by being armed offends against essential decency and necessary shared responsibility. Preferential treatment of some over others destroys trust.

The world has been placed in a crucible that has exposed the weaknesses and inequalities of its many systems.  Yet, crisis has also revealed how addressing these problems opens up a path toward greater unity and love. Our planet is too small to provide security and access to common resources for the few at the exclusion of the many.

The title of the last book Dr. Martin Luther King Jr. wrote before his assassination in 1968 sums up our choices: “Where Do We Go from Here, Chaos or Community?” The next weeks and months will test global resolve to commit to a future defined by justice and love. Jesus invites us to pray for the wisdom and courage we need to build the Kingdom of God.