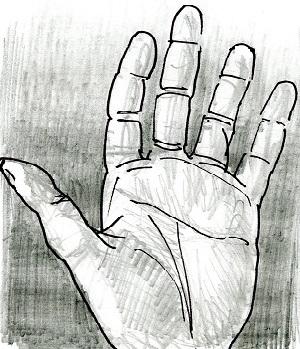 The call to ministry begins in prayer. Today we commemorate the heroic life of St. Rose Philippine Duchesne (1769-1852), a French Sacred Heart sister and educator who, at age 49, came to the United States from France to serve the European settlers and native American peoples of the Midwest. Toward the end of her life, the Pottawatomie natives dubbed her the "Woman who prays always."

When God calls someone, they often have little idea where their service will take them. In today's passage from Revelations, the seer is told to take a scroll from an angel and consume it. It is sweet to the taste but turns sour in his stomach. For St. Rose, the sweet inspiration she accepted in France became the arduous journey into the complex collision between native peoples and European settlers streaming unchecked into the rich lands of present-day Missouri and Kansas. Her service as an educator took place in the midst of a rapidly expanding country whose history included slavery and the cultural subjugation of native peoples.

Jesus himself stood in the breach between corruption and prayer when he entered the temple in Jerusalem and challenged those who had turned religion into cash and the control over people in search of God.  Today's gospel ends with the sentence: "All the people were hanging on his words." Very soon, Jesus would himself be the "son of man lifted up” and hanging on the cross as the sign of God's love for a sinful world.

We, too, must hang on his every word and share in his suffering if we want to know his resurrection. The scroll is being offered. Who will take up this important word and mission in these complex and challenging times?