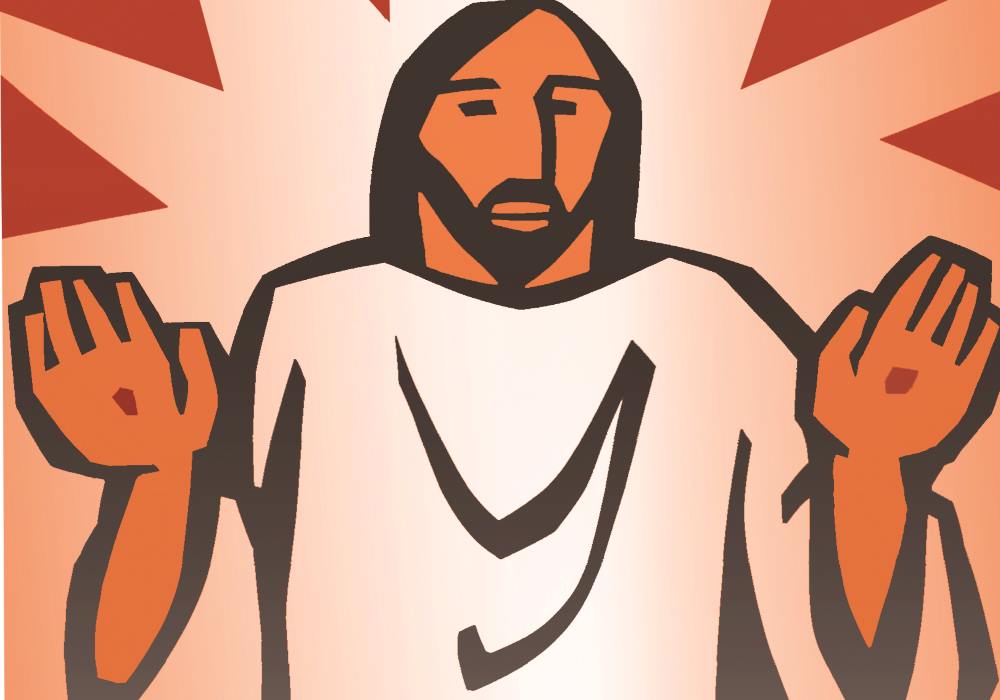 Have you ever had an instantaneous recognition that the Lord was present in a situation, a "God-is-in-the-details" moment?

In John 21:1-14, Jesus reveals himself to his disciples after his resurrection, but only one of the seven people of the group recognizes him. It happens like this. Peter and several others go fishing. At daybreak, someone on the shore calls out to them, "Have you caught anything?"

"Put your nets to the right and you'll catch something," the stranger tells them.

One more try won't hurt, so the disciples follow instructions. This time, the lowered nets swell with a big catch. While they haul in the bounty, one of the seven astonished men — John — suddenly announces to Peter, "It is the Lord!"

John, jubilant in this quick recognition of his Master, perhaps connects the dots between the miracle happening in front of him with an earlier appearance of Jesus walking on the water and reassuring everyone, "Fear not, it is I" (John 6:20).

An early Christian writer noted that John's ability to know the presence of Jesus was because of his purity of his heart: "Blessed are the pure of heart, for they shall see God" (Matt 5:8). This same "John of the pure heart" is also the disciple who urged the early Christians to "love one another" as a litmus test of their love of God.

Pope Benedict XVI puts the presence of Christ in the Eucharist  on a parallel with his presence in the neediest members of his body after we receive the sacrament: "Whoever is nourished with the faith of Christ at the eucharistic table assimilates his same lifestyle, which is the style of attentive service, especially to weaker and less favored people.

"Charity translated into deed, in fact," the pope continues, "is a criterion that proves the authenticity of our liturgical celebration."

Blessed Teresa of Calcutta saw the presence of Christ in what she called "his most distressing disguise," in the castaways, the really hurting members of the human family.

It is one thing to know God's presence in the contemplative moments of prayer. It is another to believe in and act upon his presence in an intoxicated person who is breathing heavily on us.

Yet, isn't it in accepting compassion from and showing compassion to those who belie our concept of how God looks and acts that we really affirm God's hidden presence?

A seeker once posed this question to a Jewish rabbi: "How can I know the precise moment when night ends and day begins?"

The rabbi replied, "You will know it is no longer night but day when you can look into the face of every man and woman you meet and see only the face of a brother or sister."

The story in Gen 32:23-33 tells of one man's prolonged wrestling with a mysterious angel. Wrung out, Jacob comes to realize that in this extraordinary encounter he has certainly been engaged with God. "I have seen God face to face," he proclaims.

Events as well as persons mediate God's presence to us. During the French Revolution, a woman of deep faith and courage named Adelaide de Cici saw God in the sick and poor people she served, but also in the way Providence served her.

When Adelaide was confined to bed and unable to minister, she accepted ill health the same way she accepted good health. Often she used the very words spoken by the disciples at Lake Tiberias. When she was given bitter medicine to swallow, she would say, "It is the Lord."

When was the last time you or I opened the medicine chest, took out an anti-inflammatory medication  for arthritis and said, "It is the Lord"? Yet, here is a grace for the taking to be able to do just that.

"God sightings" in life's smallest circumstances and in people whose paths intersect with ours before and after our eucharistic celebrations provide opportunities to validate the love poured out in us at the moment of reception of the Lord's body and blood.