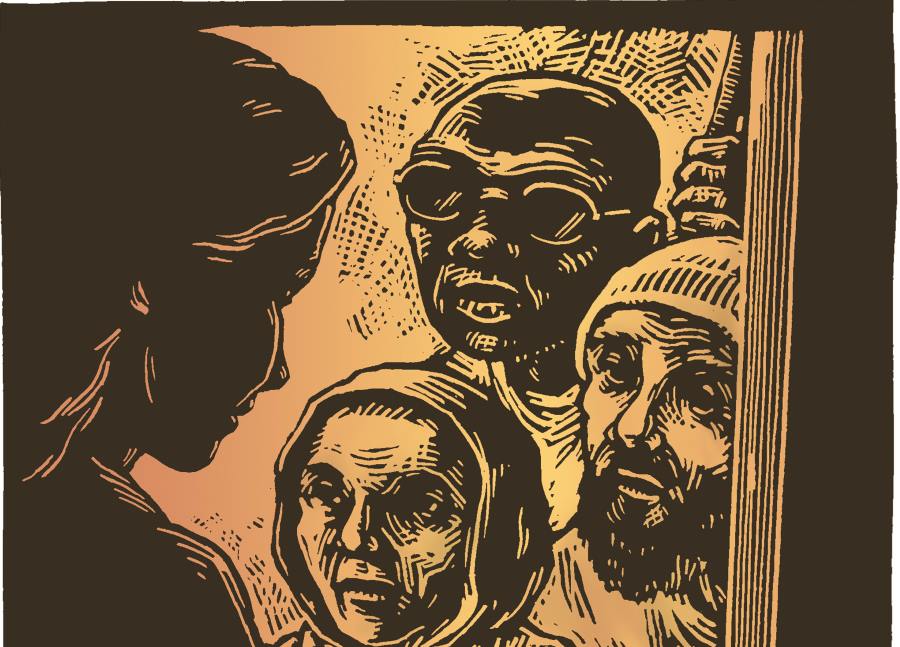 When I served as a college campus minister, a significant part of my job was to plan and accompany students on service immersion trips during school breaks. These trips took us to places from Native American reservations in northwest and southeast Montana; to inner-city settings in East Los Angeles, Cincinnati and Kansas City; to the mountains of Guatemala. On these trips, we learned about poverty, homelessness, hunger, immigration and education, among many other issues of human dignity. Prior to participating in a trip, interested students went through an application process to be selected, worked as a group to raise money, and learned about Catholic Social Teaching and the circumstances of the marginalized populations they would be encountering.

Often, students who signed up for the trips imagined themselve­­­­­s building houses, cleaning, painting or preparing meals — work that would make lives visibly and instantly better for those they served. Their applications were full of ideas of what they, as college-educated middle-to-upper-class Americans, could do to make the world a better place. In spite of the aspirations of the students, to say these trips were service-oriented was always a stretch because in five days very little sustainable service could actually be done.

As the process of preparing for the trip proceeded, more emphasis was always placed on the "immersion" element of the trips and the ability to build relationships with those we visited. In reality, students were more likely to be asked to read a book or play at recess with a fourth grader than to paint a school; to sit and eat breakfast with a homeless man than to prepare the meal; or to attend Mass in the mountains of Guatemala with indigenous farmers rather than work in their fields. As the awareness set in for the students that the trip was going to be more about "being with" than "doing for" others, real conversations began to happen about concerns and fears around encountering the marginalized and understanding their lives. Students became nervous that they might not be able to relate to the people they were about to meet or the struggles they faced.

Lila Watson, an Indigenous Australian activist, once said, "If you have come here to help me, you are wasting our time. But if you have come because your liberation is bound up with mine, then let us work together."

To walk with the marginalized can be scary; it is where encounters happen with people whose lives are often very different from our own. Often we think we can do something for others or give money to make situations better, and this is easier than creating relationships that involve us in real stories about the challenges poverty, illness, addiction or suffering bring to individuals and families. Whether differences come from culture or financial status, or from experiences of suffering and tragedy, it is difficult to accept that our salvation is tied to realities of others that we can neither control or easily make better, but realities we are called to face with empathy and understanding. Yet to truly answer the call of the Gospel, this acceptance is exactly where we are challenged to encounter marginalized communities and learn to empower others and speak together for change.

I recently had a chance to catch up with some students who participated in these trips while they were in college. As they have graduated, several students have chosen to continue walking with the marginalized by giving a year or two of volunteer work in places such as Honduras, inner-city Philadelphia and Kansas City, and the Blackfeet Reservation in Montana.

In the midst of long days and endless needs, their jobs are demanding. Their stories tell of entering into communities where suffering is real and needs are many. They have learned in these places that neither results nor solutions come easily and that there is no magic formula for making people's lives better. Yet they have learned the value of being with others, and that the foundation of any endeavor of service begins with creating relationships to serve with others rather than for others. Their work is courageous, and as I listened to them reflect, I can see how it is beginning to shape the choices they will make to continue to walk with the marginalized as they move forward in their lives.