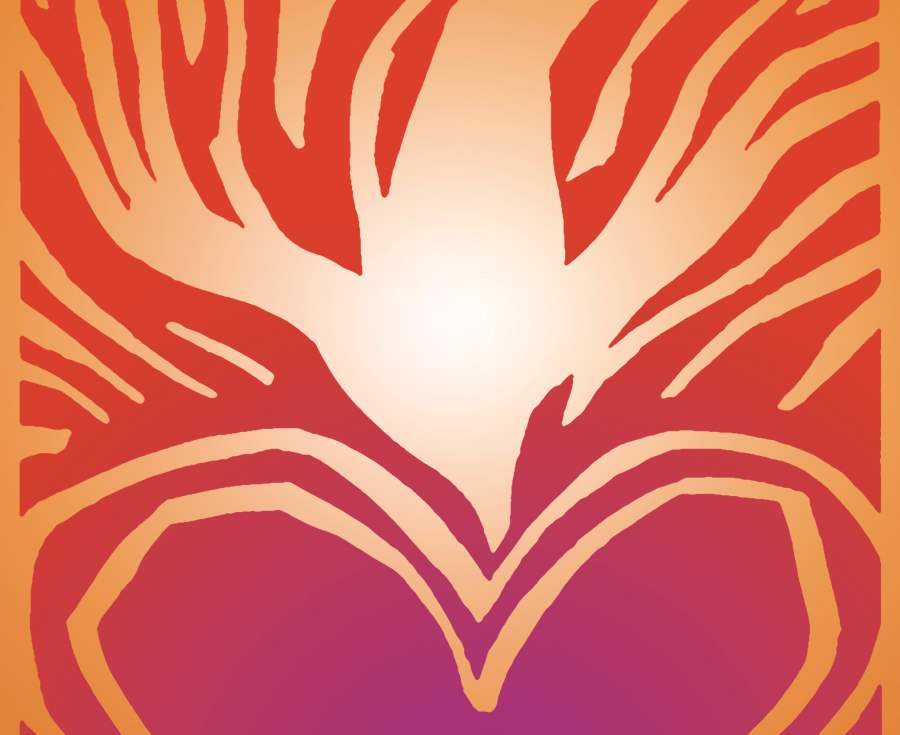 It was a balmy Trinity Sunday and the door of the old neighborhood church was open. Four of us were taking a shortcut through the back streets of Bologna, rushing to get to a nearby tourist attraction. We heard the opening hymn and looked at each other, uncertain of what came next. Unspoken was the question: Do we stop for Sunday Mass or continue our tourist run? Two priests, a lay theology professor and I entered somewhat sheepishly, and we were immediately puzzled. No back pew to slip into. No pews at all. Instead, the room was furnished lunchroom style, with the worshipers seated eight around each table. As latecomers arrived, they were waved to empty places. No one had waved at us, so we lined up along the back wall.

All of us were English speakers, yet because the liturgy was familiar we participated as fully as we could. As we settled ourselves, I gave the crowd the once-over. Who were these people with whom we were praising God and giving thanks? Mostly men, weary-looking and shabby. (Hadn't I heard somewhere that men in Italy did not go to church?) Seated among them was a handful of older women, two of whom were tending toddlers. Slowly I realized that I was looking at the neighborhood's poor. Some of them were undoubtedly homeless, perhaps alcoholics, ill-fed and poorly clothed. Still, they had someplace to be on Sunday morning.

Language poor, we tourists remained on the margins throughout the Liturgy of the Word. Our shortcoming was most notable when the presiding Franciscan priest (he wore brown) gave an engaging homily to attentive listeners. Then it was time for the collection, and here we knew exactly how to participate. Our wallets came out as the ushers threaded their way through the tables. When they came nearer, we realized that they were passing out money, not collecting it.

They approached us also with their gifts, but we demurred. This was unprecedented in our lifetimes of churchgoing.

The eucharistic prayer was punctuated with the song of the assembly. We said the Our Father, and at the greeting of peace the people reached out to others beyond their own tables while we remained self-consciously alone and ignored in the crowd. Neither they nor we knew exactly how we fit in. Still, we filed up to Communion as the tables emptied, forming an orderly line behind them. Then, while the priest and Communion ministers attended to the vessels at the altar table, the ushers moved into the sacristy. They returned carrying pitchers of hot coffee and plates of fresh breakfast rolls. The mugs and napkins appeared, too. Our presider led the prayer after Communion and gave us the blessing. Then breakfast and breakfast conversations began.

On the front step, we agreed that this was the most peculiar and profound Trinity Sunday Mass we had participated in. We admitted we were bewildered by much of what we had observed. The liturgy had broken the bounds of our expectations. Had the homily explained what was going on, or did everyone else already know? Fortunately, one of our companions spotted an usher on the street as we continued our journey. With his meager Italian, he chased down a possible informant. When he rejoined us, we learned that the meaning of Trinity Sunday proclaimed in the homily was simple: God's love for the world is so great that it poured out even onto the poor of Bologna. To remember God's goodness, the people of the neighborhood came together every Sunday to praise God through Jesus by the power of the Holy Spirit that had been given to them. To remember and affirm their own dignity, they themselves were honored every Sunday with both a eucharistic meal and simply set table. During the gathering they were also given a small bit of cash to be spent on something special. Did they want to give the gift of a flower or take a small meal to a friend? What might they need for themselves? Every Sunday, but especially Trinity Sunday, was a feast of love.

The faith of the church is that God is love. This truth is known to us through the mystery of God in three Persons, each themselves through self-giving. Christians are all familiar with the ancient liturgical doxology, the short prayer of praise that names the three-personed God. How often have we all said: Glory be to the Father, and to the Son, and to the Holy Spirit, as it was in the beginning, is now, and ever shall be, world without end. Amen. But we were also easily satisfied to say that God was a mystery because we could never understand the Trinity. The people with whom we had worshiped knew better. The mystery is the mystery of love.

An alternate doxology, scripturally grounded, offers another way of grasping the great mystery, considering the Triune God as the revelation of loving relationships:

We praise you Christ, beloved Son

through whom the Holy One is known,

whose Holy Spirit fills the world

and makes in each of us her home.

The Holy One named in the doxology is the ultimately unknowable God. Yet this is the very One known to us because of the life, death, resurrection of the beloved Son. "Show us the Father," the Holy One, the apostle Philip asks. Jesus answers, "Who sees me sees the Father."

What do we see when we get to know Jesus? The good news recounted in the New Testament is that Jesus, the one we call Son of God, is the Word made flesh. He is like us in all things except sin. As we get close to Jesus we see that the Holy One he reveals to us is merciful and kind. Jesus' Abba understands our human frailty and is ready to forgive. But he is also the Holy One who overturns our all-too-human expectations about power and might, possessions and pride. He shows us that we are to care for one another. We are to live humbly, not simply live for ourselves. The mysterious Holy One is love, and Jesus is love made flesh.

How do we get to know Jesus? In his final address to his earliest disciples, he assures them that when he is gone from them he will send them an advocate, the Holy Spirit, who will teach them all things. The gift of his Holy Spirit was not time-limited, a one-time event in the distant past. Wherever there is love in action the Holy Spirit of Jesus is there, for the Holy Spirit fills the world and makes in each of us her home.

Furthermore, just as the liturgy celebrates the annual feast dedicated to our praise of the Holy Trinity, the church celebrates multiple feasts focused on the Holy Spirit. Each year on Pentecost Sunday we remember the great outpouring of Holy Spirit on the followers of Jesus. Together we remember Pentecost as the transforming event that made the nascent church visible as a community of loving relationships. The church continues to celebrate regularly the mystery of the outpouring of the Holy Spirit on all those who are coming to believe. As Jesus was visibly filled with the Holy Spirit at his own baptism in the River Jordan, so each new member receives the Holy Spirit within the church that great body which exists to be a transforming community of love in the world.

From the beginning, the community of believers understood itself, however imperfectly, to be the body of Christ. Through baptism and the Sunday sacramental celebration of the body and blood of Christ, the continuing gift of the Holy Spirit impels us to grow in love. Throughout the course of human history, we who are a believing people are being drawn to become more visibly Christ-like.

What does this all look like? I have thought back again and again to Trinity Sunday in Bologna. And I look out at each Sunday assembly in which I find myself, discerning as best I can the signs of love in action and refusing to be discouraged by the limits of our human achievement and my own shortsightedness. Standing against that back wall in the Bologna church, we might have wondered how we fit in with these strangers who seemed to make no effort to draw us into their body. Despite our doubt, our faith assured us that the Holy Spirit of Jesus Christ was making us one. The mystery of love had clearly been seen in their overt welcomes to their friends and the shared tables with their neighbors. We had found ourselves welcomed that day only as strangers. Yet that fragile communion was sealed in our eucharistic Communion. Because of the word of the homilist and the usher-interpreter, we know to this day that we have seen and experienced divine and human loving relationships in action. God's love for the world is so great that it continues to be poured out onto the world wherever we find ourselves.

Editor's note: This reflection was originally published in the June 2014 issue of Celebration.