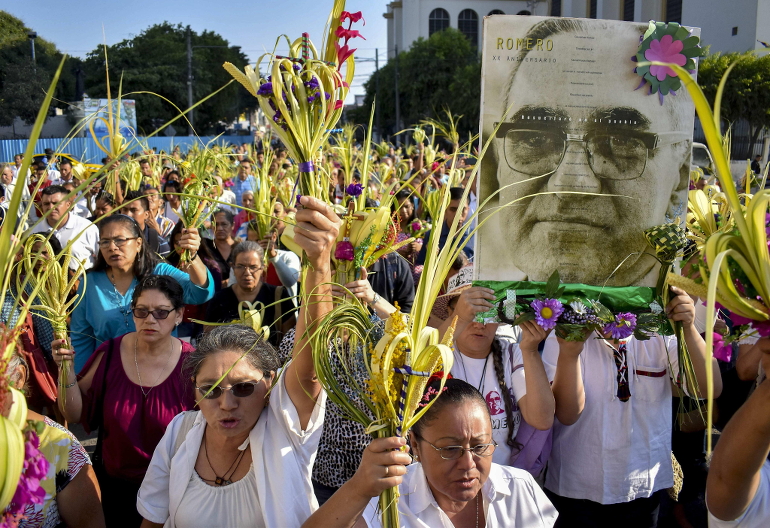 After a 38-year-wait, it is now official. Salvadoran Archbishop Oscar Romero, murdered in 1980 for speaking out against military oppression, will be made a saint of the Roman Catholic Church at a Vatican ceremony Oct. 14.

Pope Francis, the first pontiff from the Americas, announced the decision May 19 during a meeting with cardinals based in Rome.

Romero, long considered a saint by Catholics across the Americas, will be elevated to universal veneration at the Vatican ceremony alongside Pope Paul VI, the pontiff who first appointed him a bishop and made the fateful decision in 1977 to make him archbishop of San Salvador.

Four others -- two Italian priests and German and Spanish founders of separate women’s religious orders -- will also be made saints at the ceremony.

The Salvadoran's canonization, while expected in recent months, nonetheless represents the culmination of one of the clearest turnabouts of Francis' nearly five-year papacy.

The cause for Romero had languished for decades under Popes John Paul II and Benedict XVI, who expressed unease with his connection to liberation theology and his vocal denunciations of government killings and kidnappings.

Less than two years after his election as pontiff, Francis placed Romero firmly on the sainthood track, formally decreeing in February 2015 that the archbishop was assassinated as a martyr for the Catholic faith. He then authorized his beatification, the last step before sainthood, in May of that year.

El Salvador's ambassador to the U.K., Elisabeth Hayek-Weinmann, told NCR that Romero's coming sainthood "represents a unique opportunity" for the country "to heal our historical wounds, restore our social fabric and build a new sense of national identity based on common values, with social justice and respect for human dignity at its core."

"His teachings and legacy provides us, as a nation, a strong moral compass," said Hayek-Weinmann.

During the May 19 meeting with cardinals, known as a consistory, Francis was formally presented with the request to authorize the canonization of the six persons by Cardinal Angelo Amato, prefect of the Vatican’s Congregation for Saints’ Causes.

Amato gave Francis a brief biographical sketch of each of the sainthood candidates. He said Romero was archbishop during a time of “great political crisis” in El Salvador and “outraged at seeing the violence against the weak and the killing of priests and catechists, felt the need to assume an attitude of fortitude.”

After hearing each candidate’s history, Francis announced their canonizations as a group and set the date and place of the ceremony. (See below for audio).

As it became clear in recent weeks that Francis would be announcing Romero's canonization, discussions in Rome focused on whether the pontiff would decide to hold the ceremony at the Vatican or in El Salvador.

Considerations included trying to make the event accessible to Salvadorans wishing to attend but wanting also to emphasize that, as a saint, Romero will be an example of Christian witness not just for El Salvador but the entire world.

Carlos Colorado, a Salvadoran who runs the popular "Super Martyrio" blog that has closely followed the process of Romero's canonization, said in an interview that a ceremony in San Salvador would have been "a blowout" with people attending numbering in the hundreds of thousands.

In a recent blog, Colorado hypothesized that Francis may still go to El Salvador soon in order to venerate the new saint's tomb and bring the sense of celebration to the country. One opportunity would be for the pontiff to make a stopover there during his expected January 2019 visit to Panama for World Youth Day. 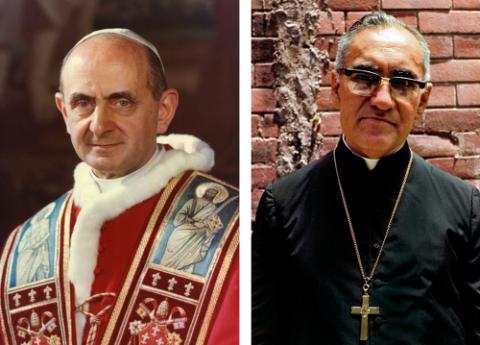 Paulita Pike, an American who has lived in El Salvador off-and-on since the early 1970s, knew Romero and now helps coordinate the popular Amigos de Romero/Cultura Romeriana Facebook page, said that by canonizing the archbishop in Rome Francis is holding him up as "the model pastor, the model bishop, for the bishops gathered there."

"Wherever he's canonized, he's going to be our saint," said Pike, who kept vigil at Romero's tomb in San Salvador's cathedral overnight May 18 with members of her group, awaiting news of the canonization.

Audio of Pope Francis setting the date for canonizations of Archbishop Oscar Romero, Pope Paul VI, and four others:

A version of this story appeared in the June 1-14, 2018 print issue under the headline: Archbishop Oscar Romero, martyr, to be made saint Oct. 14.