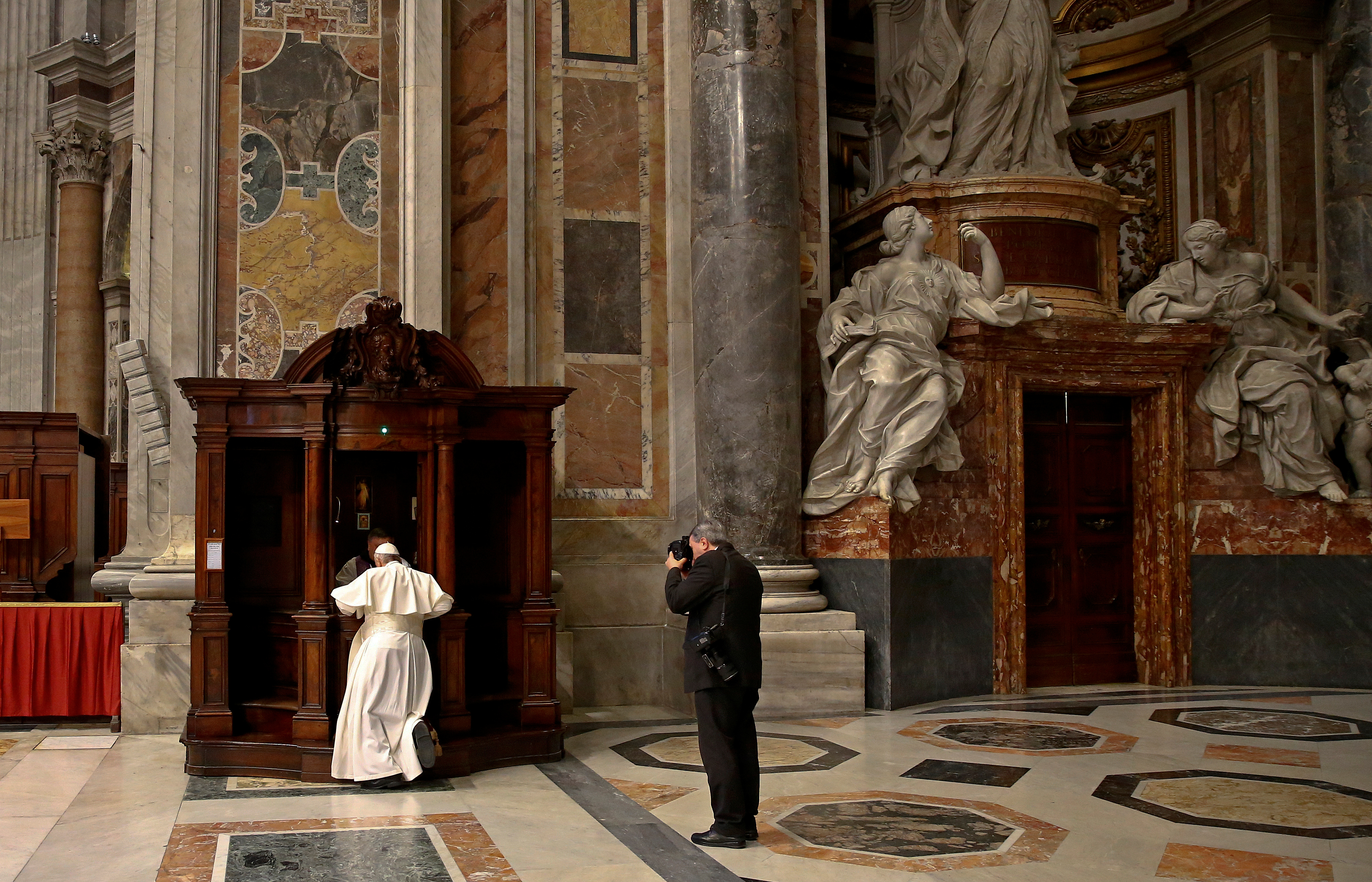 A good confessor is a good listener, Pope Francis said.

By truly listening to the penitent during confession, "we listen to Jesus himself, poor and humble; by listening to the Holy Spirit, we put ourselves in attentive obedience, becoming listeners of the Word" in order to know what God wants to be done, he said.

This is how priests can offer "the greatest service" to all penitents, especially the young, because "we put them in touch with Jesus himself," he said March 9.

The pope spoke to hundreds of confessors and other participants attending an annual course on the sacrament of reconciliation, sponsored by the Apostolic Penitentiary, a Vatican court that handles issues related to the absolution of sin.

He warned confessors to avoid the temptation of becoming "masters" over other people's consciences, especially the young, who are very easily influenced.

A confessor must never forget his is not the source of mercy or grace, but he is, however, an "indispensable instrument, but always just an instrument," the pope said.

Being a conduit between the Holy Spirit and the penitent does not diminish this ministry, rather it leads to its fulfillment, he said.

In light of the October Synod of Bishops on young people, faith and vocational discernment, the course this year looked at the relationship between the sacrament of reconciliation and helping others discern their vocation.

The pope said young people should be able to hear what God is saying to them, both in their own conscience and by listening to the word. To achieve this, young people need wise accompaniment by a confessor, he added.

With priest and penitent both prayerfully listening to God's will, confession can become an occasion for discovering God's plan for the individual, he said. Vocations, he added, are never about what form they take, but are about building a life-giving and inseparable relationship with Jesus.

The pope asked confessors to be witnesses of mercy, "humble listeners of young people and of God's will for them; always be respectful of the conscience and freedom of those who come to the confessional, because God himself loves their freedom."