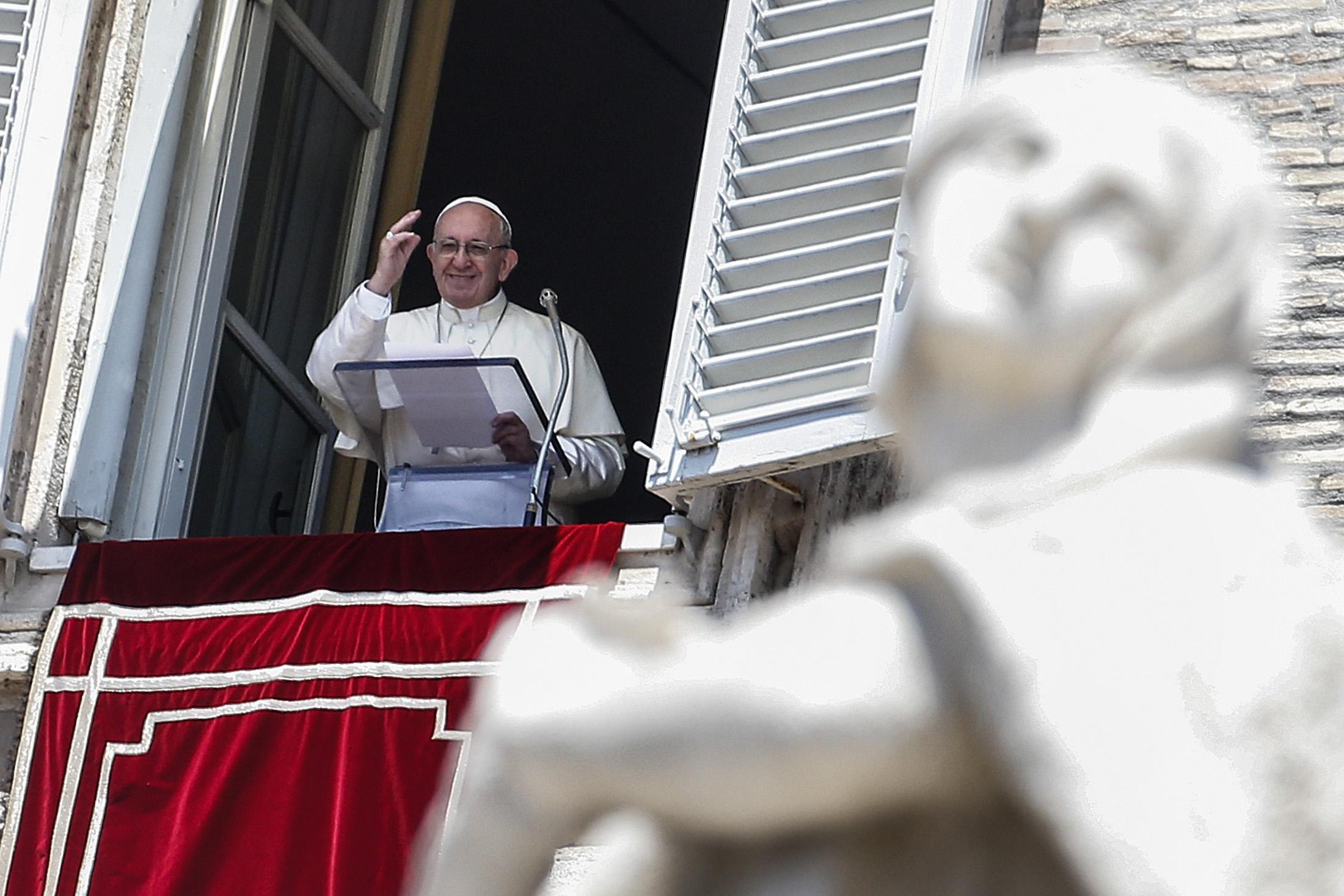 Pope Francis waves as he leads the Angelus from the window of his studio overlooking St. Peter's Square July 15 at the Vatican. (CNS/EPA/Fabio Frustaci)

All Christians are called to be missionaries, concerned more with sharing the Gospel than with earning money or even with being successful at winning converts, Pope Francis said.

"A baptized person who does not feel the need to proclaim the Gospel, to announce Christ, is not a good Christian," the pope said July 15 before reciting the Angelus prayer with an estimated 15,000 people gathered in St. Peter's Square.

Francis was commenting on the day's Gospel reading, which told about how Jesus sent the disciples out two-by-two to preach and to heal in his name.

"It was a kind of apprenticeship for what they would be called to do with the power of the Holy Spirit after the resurrection of the Lord," the pope explained.

Speaking only in the name of Jesus, he said, "the apostles had nothing of their own to proclaim and none of their own abilities to demonstrate, but they spoke and acted as emissaries, as messengers of Jesus."

"This Gospel episode concerns us, too, and not only priests, but all the baptized, who are called to witness to the Gospel of Christ in all the situations of life," the pope said.

Christians fulfill their mission, he said, when their proclamation is motivated only by love for and obedience to Christ and when the only message they share is Christ's.

In the reading from St. Mark's Gospel, Jesus tells his disciples "to take nothing for the journey but a walking stick -- no food, no sack, no money in their belts."

The poverty and simplicity of lifestyle Jesus asks for, the pope said, were meant to make the disciples of yesterday and today "free and light."

Jesus, he said, calls his disciples to set out as "messengers of the kingdom of God, not powerful managers, not unmovable functionaries (and) not stars on tour."

Although all the baptized are sent out on mission by Christ, they go with no guarantee of success, the pope said. "This, too, is poverty: the experience of failure."

Francis prayed that Mary, "the first disciple and missionary of the word of God, would help us bear the message of the Gospel in the world with a humble and radiant exultation that goes beyond every refusal, misunderstanding or tribulation."